I am starting off this glorious Tuesday (trying to be optimistic here) with some beer! I am a huge fan of craft brews, and oddly enough, vegan food (;]); so obviously I had to go to the 2nd annual LA Vegan Beer Fest hosted at the Roxy theatre in West Hollywood. It’s a little bit of a trek for me but it was so worth it, and I wish I was able to show up earlier. I’m going to split my reviews on it into two posts, one for the brews and one for food so that I don’t overwhelm you with all of the images. 🙂 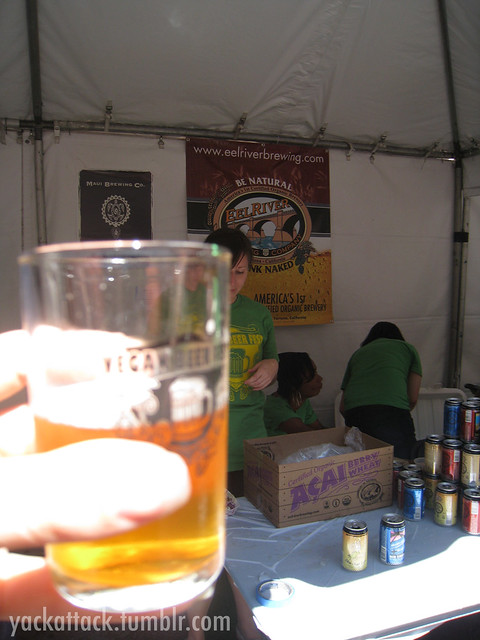 First: I had Eel River’s Acai Berry Wheat to start off; it was very light (good for the warm weather), fruity and a bit like a hefeweizen. A little too sweet for me, but pretty good. 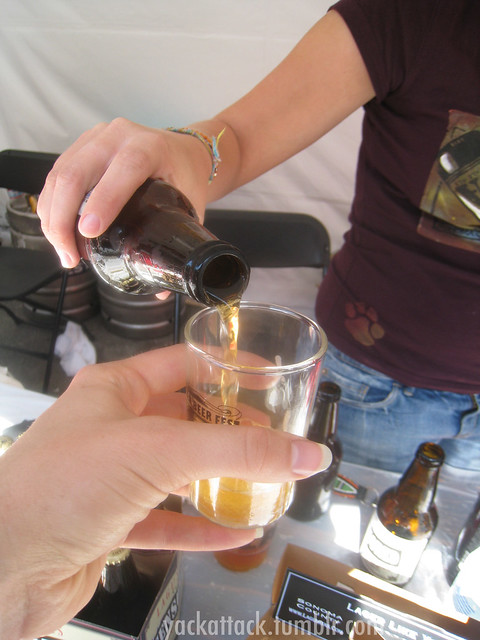 Second: I should preface with saying that I’m not usually a fan of light beers, I prefer dark ales, stouts, and porters. And in the case of Lagunitas Pilsner, nothing changed, way too hoppy for me but if you’re into that kind of thing you’ll like this beer. 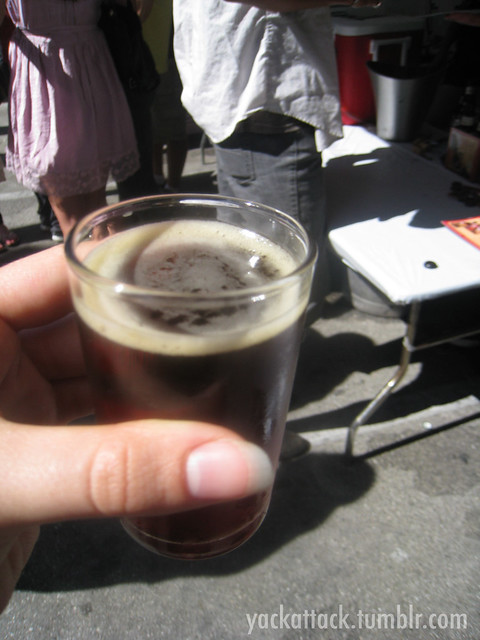 Third: Brother Thelonious from North Coast Brewing Co. was SO delicious, one of my favorites from the day. A warm, darker Belgian style Abbey ale that was sweet and a tad malty. 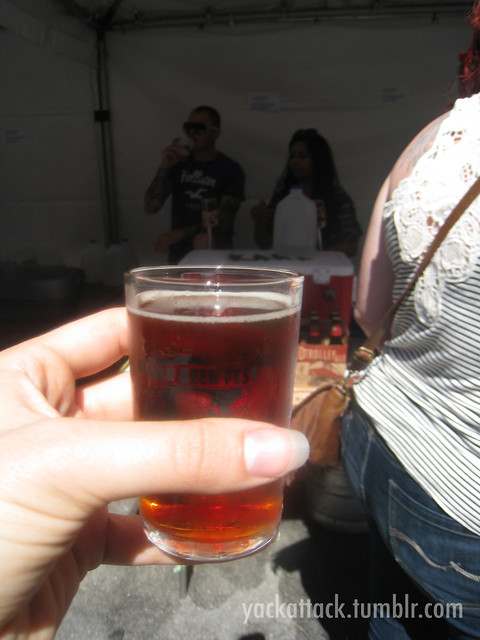 Fourth: Red Trolley from Karl Strauss, I love Karl Strauss’s beers but their Amber Ale will always be my favorite; Red Trolley is just a touch off from what I want in a red ale but is good none-the-less. 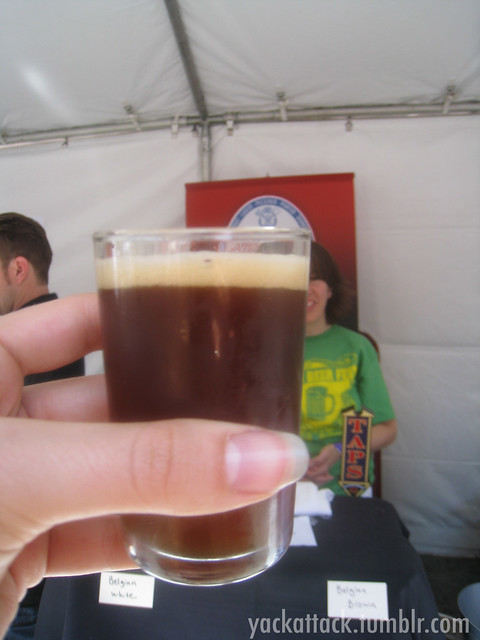 Fifth: Taps Belgian Brown, as far as I remember it was okay but a bit forgettable (seeing as how it’s only three days later and I can’t remember it standing out very much to me). ha ha 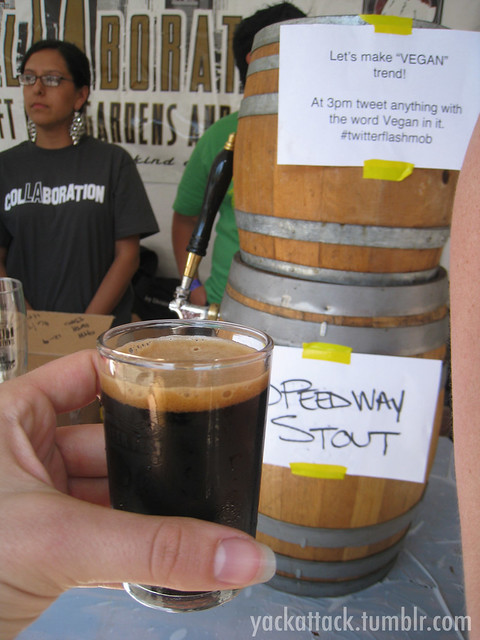 Sixth: This nearly black brew is Speedway Stout from Alesmith. In my opinion it’s a middle ground stout, not leaning toward being sweet and not too bland. It has a very strong stout flavor but isn’t complex. Overall, pretty good. 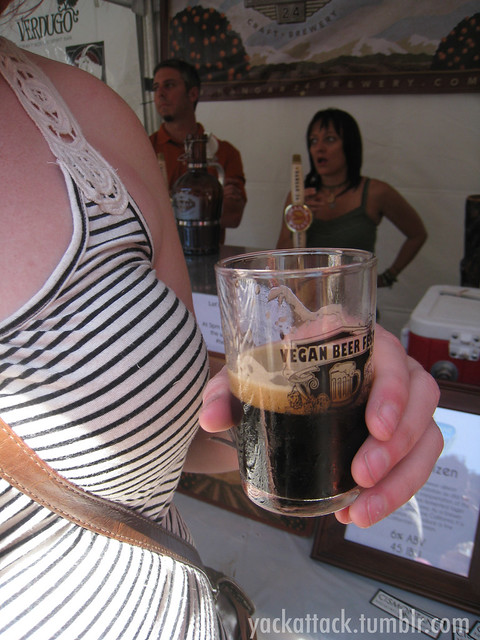 Seventh: This is my friend Sarah modeling a pour for me, ;). This heavenly beer is Cismontane’s Blacks Dawn. It matched the description perfectly and was my definite favorite of the day. You could taste nearly every ingredient, especially the brown sugar and coffee notes.. SO GOOD. This beer will be perfect for the fall weather in Southern California, I can’t wait! 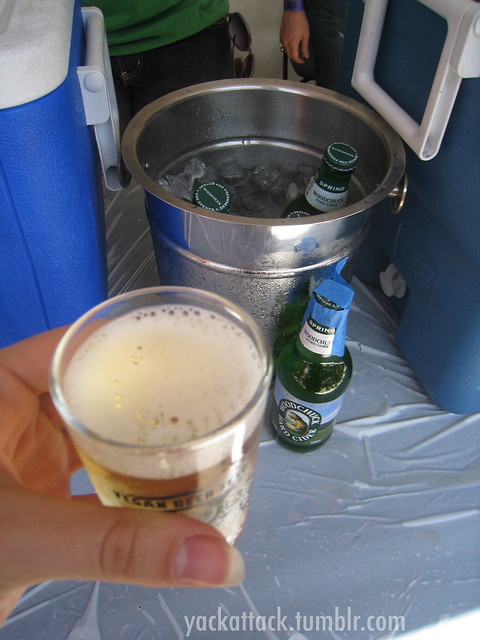 Eighth: Woodchuck’s Hard Cider was probably my second favorite just because of how perfect it was for the weather and how easy to drink it is. Super sweet but not syrupy or heavy, it basically tasted like a caramel apple. 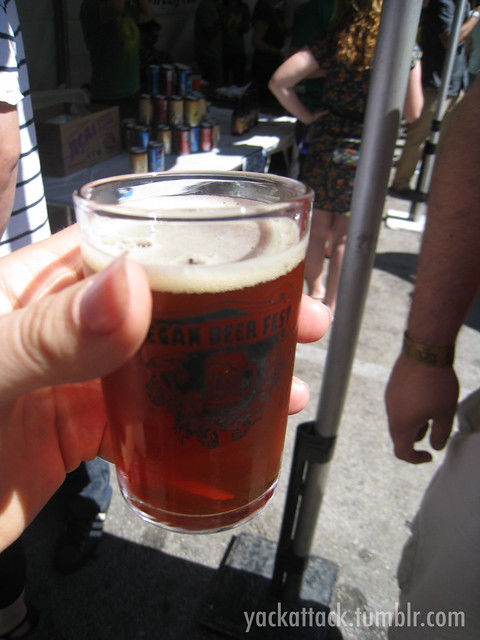 Ninth: Lost Abbey’s Lost & Found ale was actually my first sample but I did these out of order so it doesn’t matter. ha ha Lost Abbey/Port Brewing hold a special place in my heart because I went down to their brewery in San Marcos, CA. for a tasting and have been a loyal customer ever since. Lost & Found isn’t my absolute favorite of theirs but it is damn good!

Sorry, for all of the verbage, but I hope you got a good idea of what was there from my posts. I did not try every beer there, some were out when I got there and the others were IPAs and other pale ales that I had no interest in trying. Next up: Some of the food that was there!

[…] may just be a disaster. Why, you ask? The 3rd Annual LA Vegan Beer Fest. I went last year and did a couple of posts on it, and had an amazing time; so, I am very excited for this weekend and look forward to […]

[...] may just be a disaster. Why, you ask? The 3rd Annual LA Vegan Beer Fest. I went last year and did a couple of posts on it, and had an amazing time; so, I am very excited for this weekend and look forward to [...]