Easy-to-make, delicious, and great for gifts, I love making this homemade orange marmalade when I have a surplus of citrus. 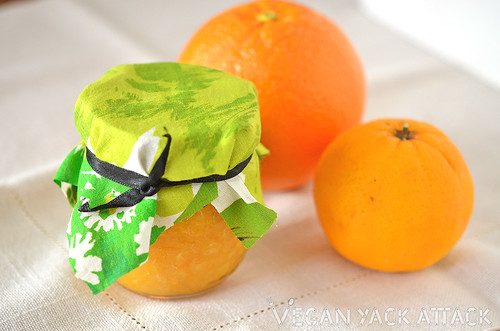 It’s time for the start of another bloghop, and boy am I excited for this one! For the month of January the bloghop theme is citrus, which is very exciting. I have a small Valencia orange tree that’s finally starting to ripen, a Meyer lemon tree that’s loaded down with lemons, and a lime tree that’s fruiting; so this couldn’t be any more perfect.

Here’s a list of all of the people participating in the Bloghop this month!

Please join in on the #citruslove fun by linking up any citrus recipe from the month of January 2012. Don’t forget to link back to this post, so that your readers know to come stop by the #citruslove event! The twitter hashtag is #citruslove :). 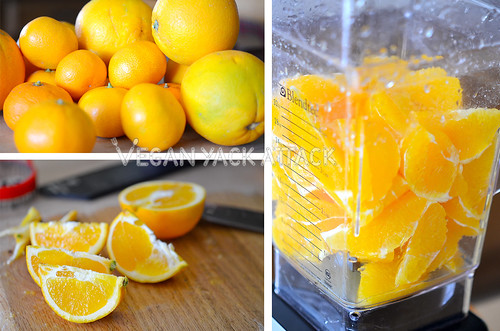 Making this Orange Marmalade is wonderfully simple, albeit a little time consuming. I ended up dividing my marmalade between two very small jars as gifts, but this recipe would fit perfectly into a 12 ounce Ball Jar. I definitely was inspired to make this by my Orange Marmalade Thumbprint cookies from last month, although there are a couple changes to the ingredients. 🙂 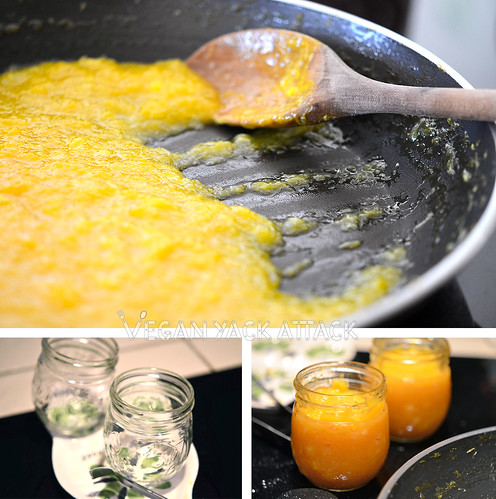 Easy-to-make, delicious, and great for gifts, I love making this homemade orange marmalade when I have a surplus of citrus.
Course Basics
Cuisine Vegan, Vegetarian
Servings 12
Author Jackie Sobon of Vegan Yack Attack

Take the orange slices and place them into a blender or a food processor and blend until slightly chunky. Pour the contents of the blender into a large sauce pan, over medium heat. Add in orange zest, sugar, arrowroot powder, lemon juice and water, stir together. Simmer orange mixture, stirring occasionally, for roughly 25 minutes or until the mixture has the same consistency as jam. While the marmalade is thickening, sanitize your jar(s) by boiling it in a large pot for 15 minutes. When the marmalade is ready, pour it into the jar, seal with lid, then place it in a canning pot (or just a large enough pot so that it can be covered with water) that is filled with boiling water. Boil the jars for 10-15 minutes to seal them. Decorate them however you want, then gift them! 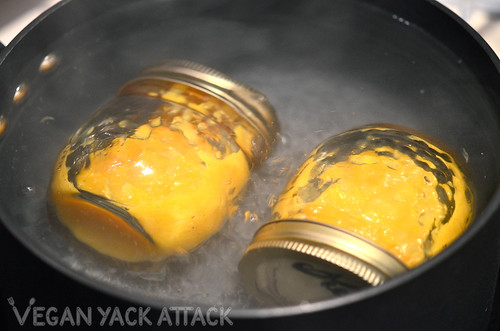 This Homemade Orange Marmalade is terrific on your morning toast, in cookies (obviously ;)), oatmeal, or even in a marinade! I’m definitely looking forward to the rest of the month and all of the #citruslove recipes that will be filling the blogosphere! 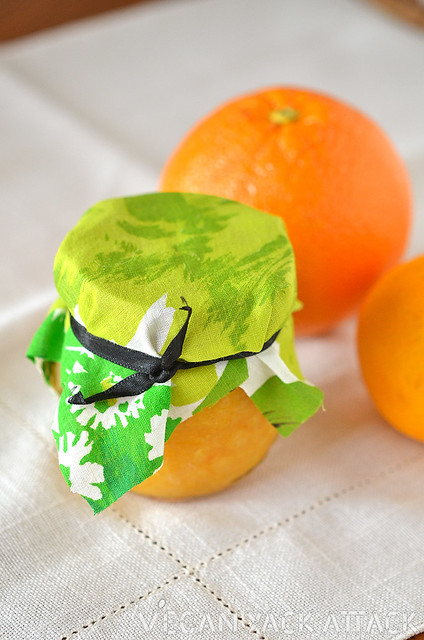