These Zebra Berry Crepes are filled with fresh berries, and drizzled with a rich chocolate sauce, plus a creamy vanilla cashew sauce. Yum! 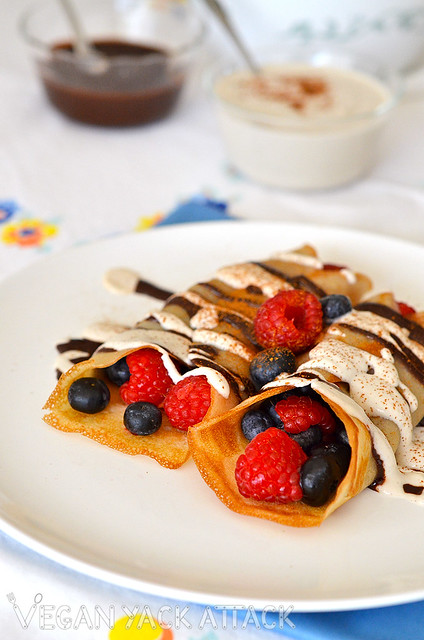 I won’t get into the details of this past weekend at Expo West, because I’ll have an entire post dedicated to it later this week. Long story short, it was insane and I can’t wait to tell you all about the new products and companies that I met and tried out. But, before Jill and I were swept up in all of the madness, we started out our first day with a delicious breakfast of zebra berry crepes! 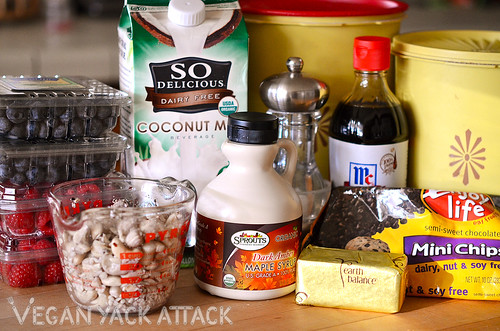 I had never made crepes before, so I needed some assistance from a recipe. I was able to find a highly rated vegan crepe recipe at All Recipes and I followed the directions nearly to a T. They turned out great, but I thought that they were a little too oily; so, instead of using a 1/4 cup of Earth Balance I would suggest using closer to 2 tbsp. of coconut oil. Because I was sort of short on time I didn’t chill the batter for 2 hours, instead I put it in the freezer for roughly 30 minutes. 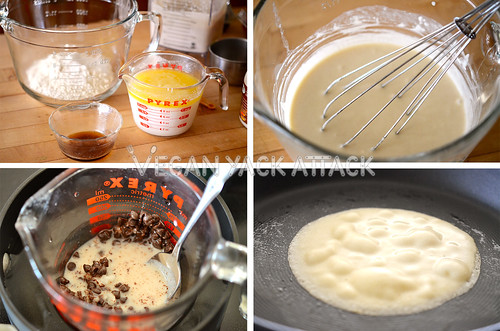 Even with this being my first crepe-making experience, they turned out really good; I think that Jill agrees with me. 😉 I would recommend following the recipe for the crepes that I linked to, but I will give you the details for all of the other pieces to this wonderful breakfast. 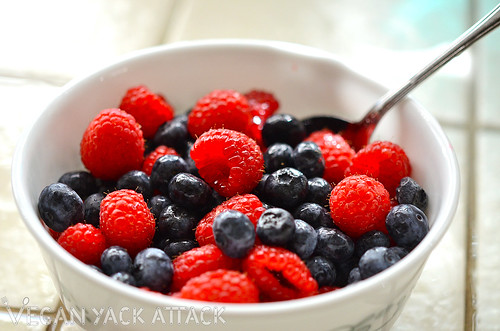 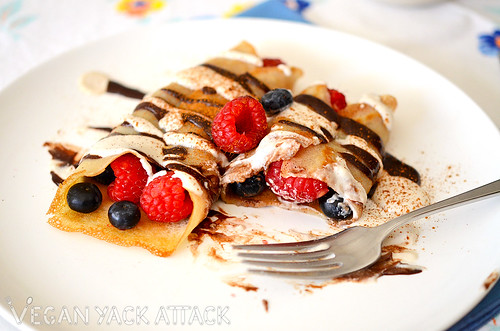 Now, I’m not scared to make these again in the future! Plus, I have a little something extra for you. Because it was just the two of us eating this breakfast, we had some crepe “wraps” left. I found a very good solution for this and turned it into a dessert. Just place the crepes on top of small, oven-safe bowl that are coated with a thin layer of oil and bake them at 400°F for 10 minutes or until they start to brown and get crispy. Fill them with fruit and extra cashew cream/chocolate sauce and you have a delicious treat that you could serve for breakfast or dessert! 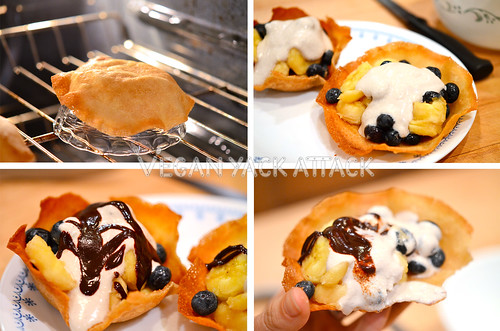 After trying the Zebra Berry Crepes, you can give some of these brunch staples a try!