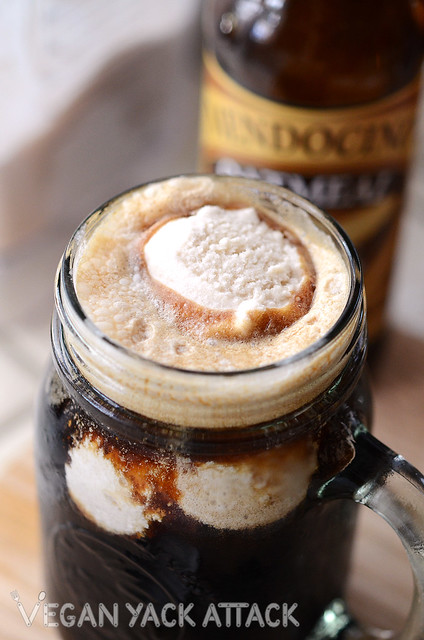 Yes, you read the title right, and I know what you’re probably thinking. You’re thinking one of a couple of things; maybe, “what the hell is a beer float?” or maybe even, “isn’t Bailey’s not vegan?” 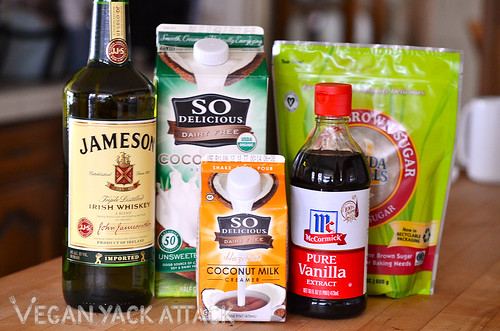 Well, I have all of those answers for you! A beer float is what it sounds like, the same as a Root beer float but with beer instead of soda paired with ice cream. This Irish Whiskey Ice Cream Beer Float is based off of a drink that you can order which is a shot of Bailey’s dropped into a pint of Guinness. Which leads me to the last question: No, Bailey’s is not vegan. That’s why you make your own and it’s super easy! Edit: Now there is vegan Bailey’s, but it’s not quite like the original. 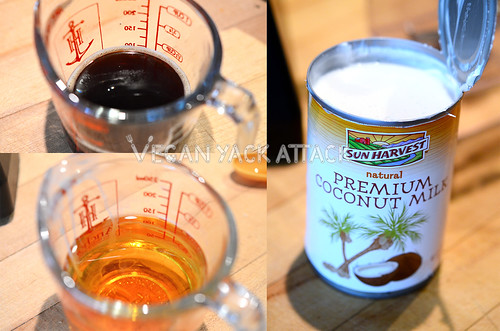 Fortunately, for all of us, I found Epicurious Vegan’s recipe for Vegan Bailey’s. All that I did to modify the recipe a bit was add 1/4 tsp. more vanilla, used hazelnut creamer instead of regular creamer, and added a little more whiskey. But, that was just for the Bailey’s copycat recipe; to make the ice cream I added another full can of coconut milk and froze the mixture for roughly 4-6 hours (lessen the amount of whiskey and it will freeze quicker). 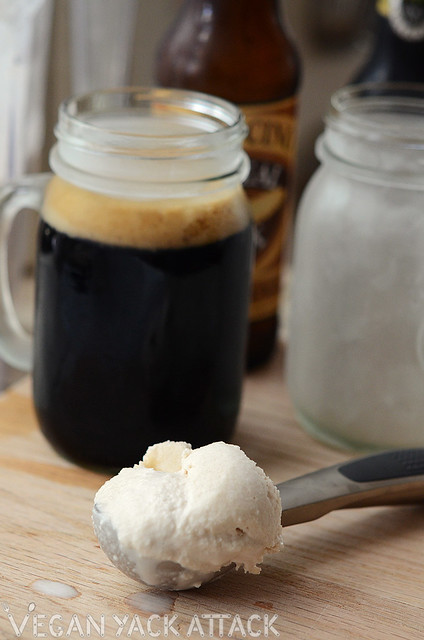 After the ice cream is near frozen, take a scoop or two and plop it into your favorite stout; I ended up using Mendocino Brewing’s Oatmeal Stout and it worked out perfectly. You can drink this bad boy through a straw, or eat it with a spoon. Also, I realize that this is a day late for St. Paddy’s day; but, honestly, who cares?! You should be enjoying this Irish Whiskey Ice Cream Beer Float all month, as far as I’m concerned! 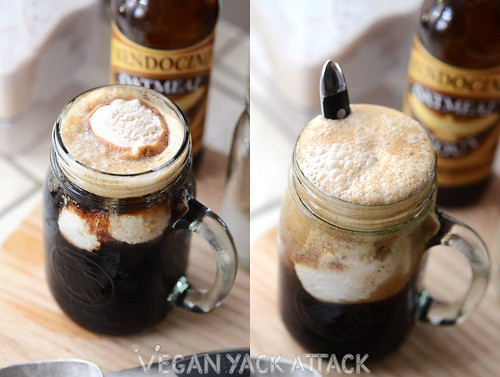 I have to warn you, if you make the ice cream recipe as I did, you will have a ton of it; so, you may want to half the recipe. If you’re a fan of beers and Bailey’s, this treat is definitely for you. I hope that everyone had a safe and fun St. Patrick’s day! 🙂 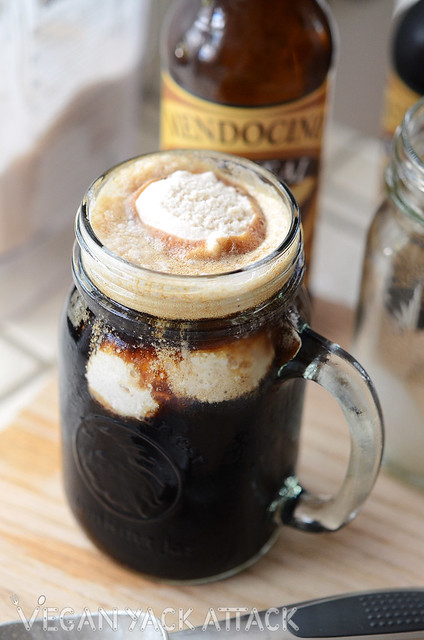 Edited for removal of term “Irish Car Bomb” in reference to the American bar drink.