This is a delightful, and healthier take on the tradition falafel recipe! These Baked Spinach Falafel are perfect for that well-rounded dinner. 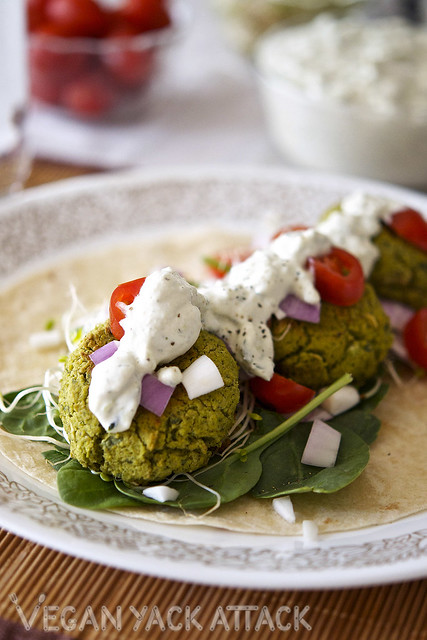 I have always been a fan of trying new foods from different cultures and parts of the world, even when I was a child I was not too afraid to dabble in traditional Chinese food, all kinds of Mexican food (I do live in Southern California!), Japanese, Italian and of course Polish food that was fed to me by my grandparents. My palate didn’t really diversify until I was in college and a little after I graduated; I tried Indian food for the first time and immediately fell in love. 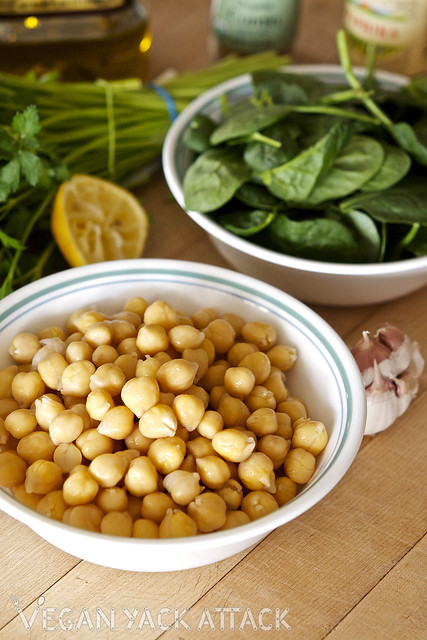 But, there were Mediterranean dishes that I had become enamored with, and as a whole, this food appeals to me even more now that I am vegan. With refreshing dishes like tabouleh and cucumber salads, bold use of garlic and onion, many vegetarian options, and of course, hummus, how can you go wrong? 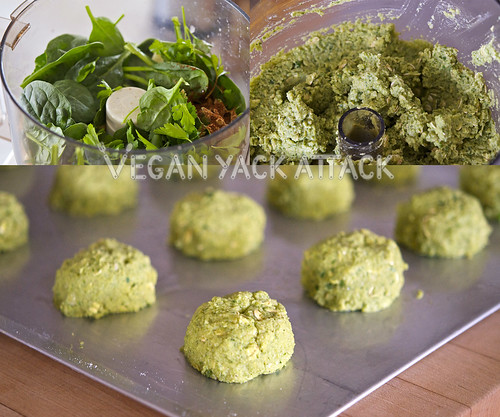 This brings me to the first time that I tried falafel. With its crunchy, albeit fried, exterior; the warm middle, seasoned with cumin and parsley is comforting but not too heavy. Don’t get me started on the tzatziki sauce; even though the first one that I tried was from Daphne’s (a chain restaurant) I could not stop eating it. Ever since I went vegan I’ve been dreaming of recreating my own tzatziki sauce to try out, hoping that it would live up to my aged expectations. 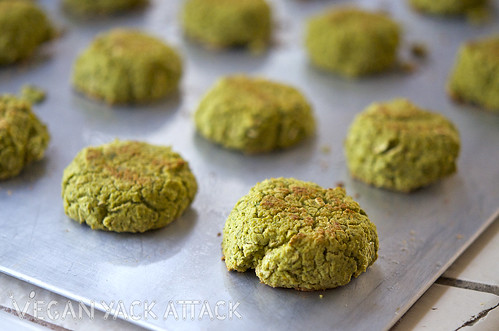 For this Baked Spinach Falafel recipe, I changed things up a little. I had made baked falafel before, using a recipe from Appetite for Reduction by Isa Moskowitz, so I knew some of the ingredients that would be essential to making these; otherwise I sort of went with it to see what would happen. 😉 Because these are baked, and not fried, they are lower in fat but aren’t extra crispy on the outside. Also, I pulsed my falafel mixture a little too much in the processor so it was of a smoother consistency than I desired; make sure not to do that!

This is a delightful, and healthier take on the tradition falafel recipe. With some added greenery, and being baked instead of fried it's perfect for that well-rounded dinner.
Servings 6
Author Jackie Sobon of Vegan Yack Attack 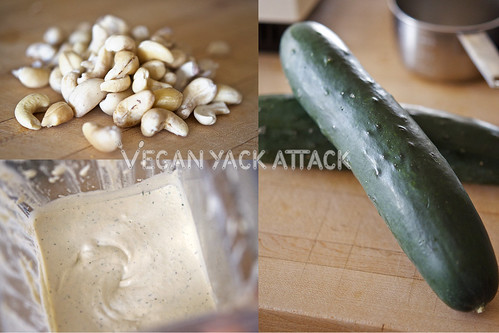 Now, for the vegan tzatziki sauce. When I recreate sauces or recipes at home for the first time, using whole foods and great ingredients, it genuinely makes me happy. Actually, I lied. It only makes me happy when they are successful! Let me tell you, this one was definitely successful and I truly cannot get enough of it. I based it off of an existing non-vegan recipe for tzatziki sauce, but modified it, and made half of the recipe because it would have been overwhelming! 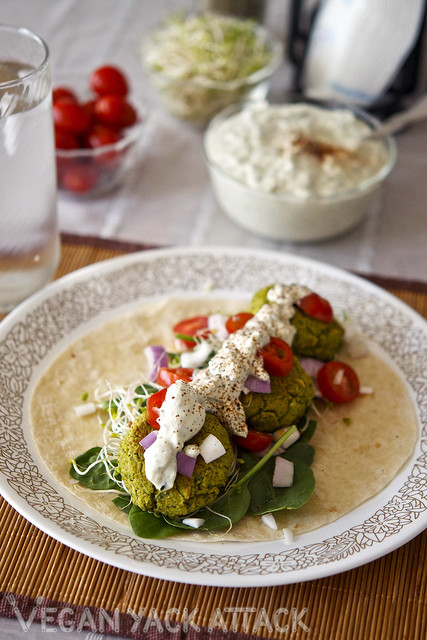 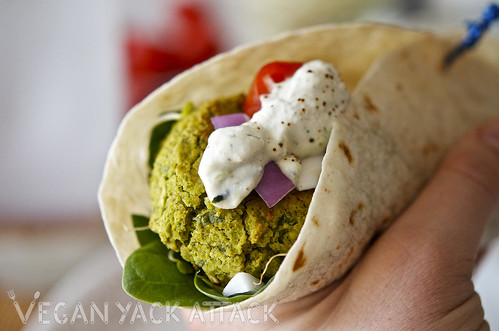 This Baked Spinach Falafel wrap definitely hit the spot, and you better believe I was piling on the extra tzatziki sauce. I wish that I had some pitas on hand for this, but warmed flour tortillas were used instead. Eat these falafel in hand-held form like I did, with some spinach or even romaine, red onion, sprouts, and tomato. Mmm.. This is what was left of them. 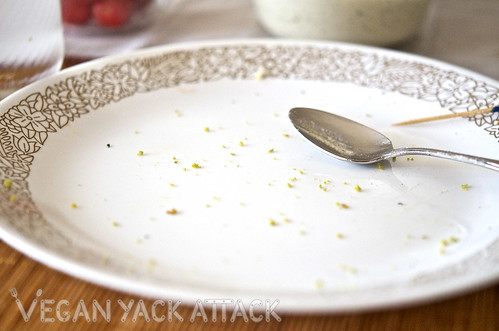 The bloghop, this month, is filled with so many amazing blogs! I love that I’m able to be a part of it, and continue to share the foodie love. Here’s a list of all of the bloggers that are participating!

Please join in on the #greenslove fun by linking up any greens recipe from the month of March 2012. Don’t forget to link back to this post, so that your readers know to come stop by the #greenslove event! The twitter hashtag is #greenslove.