Try this healthy and simple dinner of Steamed Veggies with Quinoa & Sesame Ginger Dressing during the week and you won’t be let down! 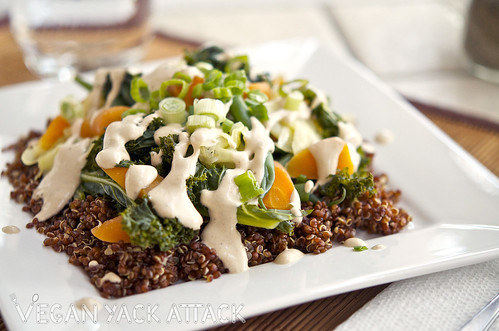 It seems as though I forgot that I have certain appliances in my kitchen; whether it’s tucked away in a cabinet that I never use or it’s hidden behind others that I use more frequently, every once in a while it will stick out and call to me. This time it was my rice cooker with steamer basket. I had purchased this thing on Craigslist because I was interested in trying one out without the full commitment of buying a brand new one; obviously I know myself all too well because I used it a few times in the summer and promptly forgot about it. 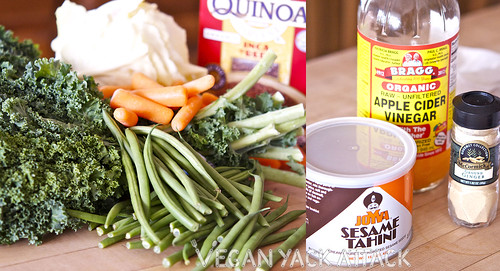 This brings me to the fact that I’m trying to eat a bit healthier than I have been, so I was thinking of different ways I could prepare foods that lend themselves to healthier recipes. Voila! The rice cooker, well, namely the steamer basket. What could be better than cooking two things simultaneously and not really having to pay attention to it? Not much, in my opinion. Of course, if you don’t have a rice cooker/steamer basket, all you need are a pan for the quinoa and a large pot with a steam basket like this one. 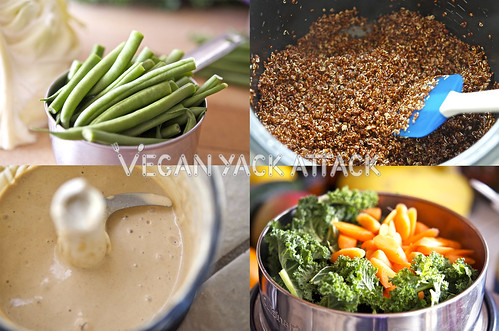 The sesame ginger dressing I made on a whim a few night before making this dish, and was inspired by Jill’s tahini/ACV/dill dressing that she made when she was visiting. On its own, it may seem a tad acidic (obviously), but once you pour it over the steamed vegetables you realize that the balance is actually quite good. 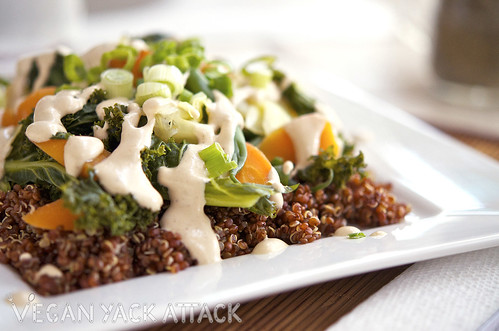 Sometimes it is the easiest of recipes that really hit the spot. I think that I’ll actually be using the rice cooker more often, again! Now, I’ll just have to get my sauces on point so that I can top all of these steamed veggies with something different every time. Meanwhile, I’m going to keep making this dinner of Steamed Veggies with Quinoa & Sesame Ginger Dressing!;)

Do you have an appliance that you’d like to use more often? 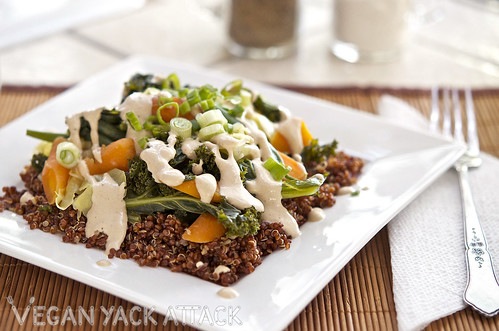