A simple, Sweet Vanilla Fruit Smoothie filled with fresh summer fruits and the aroma of vanilla to start off your day with quite the treat! 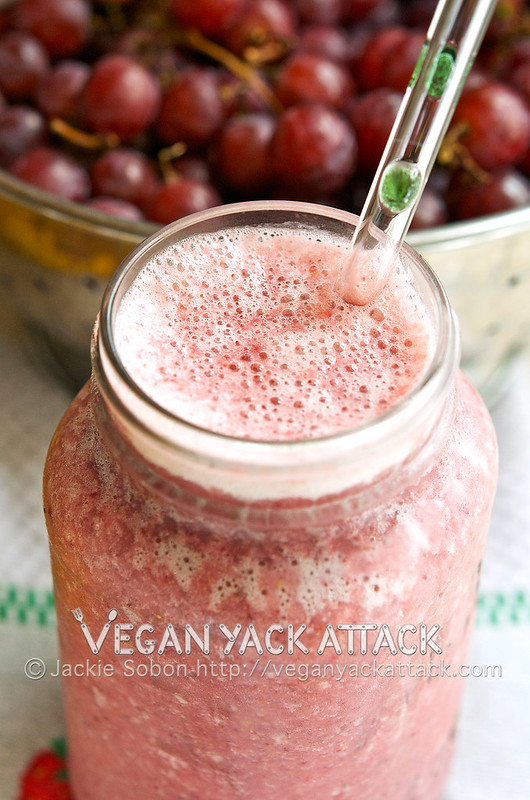 It seems as thought it’s been quite a while since my last post (at least for this site), and I have a good reason for it! In the midst of being busy with recipes and freelance photography, my boyfriend told me that he had just found out this past weekend he’d be heading up to San Francisco for some work. He then asked if I would like to go with him, because I’ve never been there before, but also because he needed someone for the HOV lane. 😉 Mind you, this was about a day and a half before we needed to leave; talk about having no time to prepare for being gone for nearly a week! 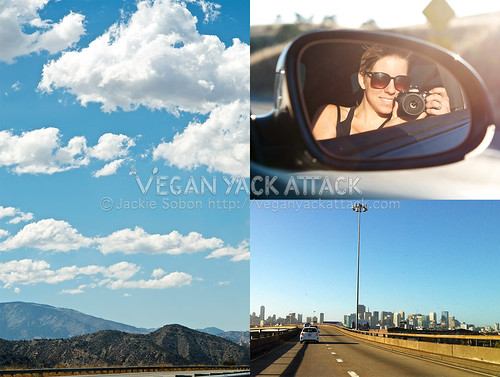 We started making our way from Southern California to Northern, barely making it out of LA county because of the insane summer traffic. Hot temperatures for the entire length of the Grapevine had us sweating in our seats, due to a faulty air conditioner. Despite it taking nearly 8 hours to get there, we made it! Then, Corey decided to take a short detour before we headed somewhere to eat, at this point I had no idea where we were going. Sometimes he’s sneaky. 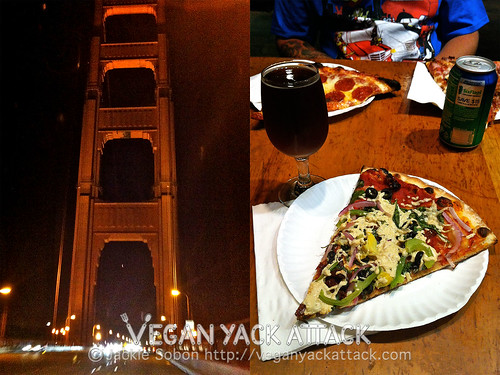 Turns out he was taking me to see the Golden Gate Bridge! It was way shorter than I thought it was, but was very awesome all the same. The next location that we went to (it’s around 11:30pm at this point), turned out to be DNA Pizza, a 24-hour pizza spot with a couple of vegan options. I was happy to see food and scarfed down my slice; I debated on getting a second slice but decided against it knowing that I would be sleeping soon. 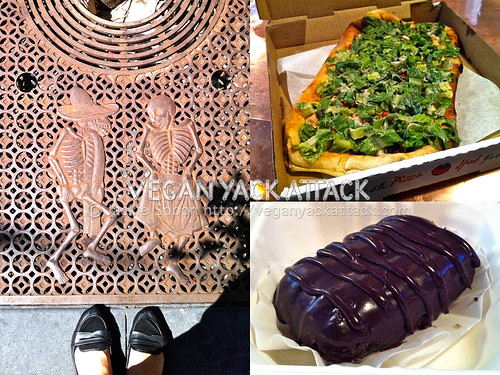 The next day I used BART to go up to the Mission District and meet up with Jenny of The Effervescent Vegan (she’s the Pastry Chef at Source SF!). Because I couldn’t make it to Source before she was off of work, she brought me their Buffalo “Chicken” Caesar Salad Pizza and their Heaven Dog, both were great and I am eternally grateful that she was nice enough to do that! 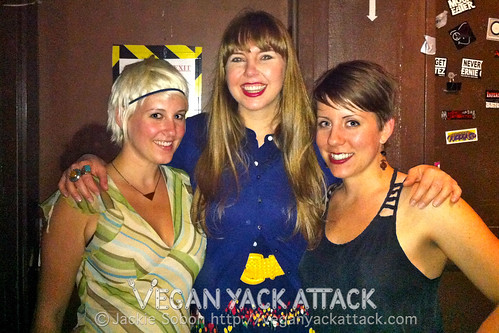 Jenny, Caroline and I

Friday was Jenny’s birthday, so later on I went to her dinner with lots of her friends and then to a bar to watch her friend’s band play. I met some great people, a couple of which I had already known from communicating online, and had a really great time all in all. Thank you, Jenny, for being such a great guide! 🙂 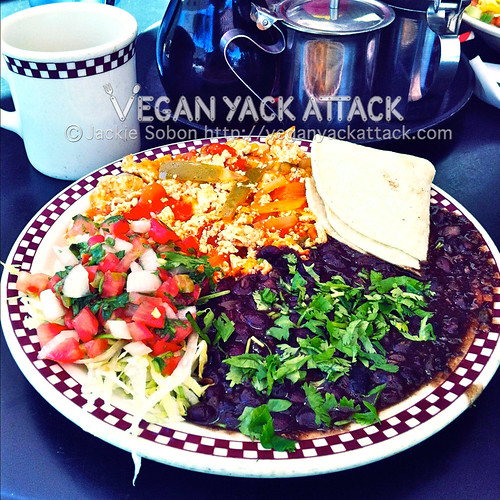 The next morning, Corey and I headed back to the South part of the Mission District to have brunch at St. Francis Fountain, San Francisco’s oldest ice cream parlor (1918). I was shocked at how many solid vegan options they had on the menu and had a hard time choosing between them all. In the end, I got the Tofu Rancheros and the dish was really good. Sometimes tofu at restaurants can be mushy and disappointing, this was not at all like that and the flavors were great together. 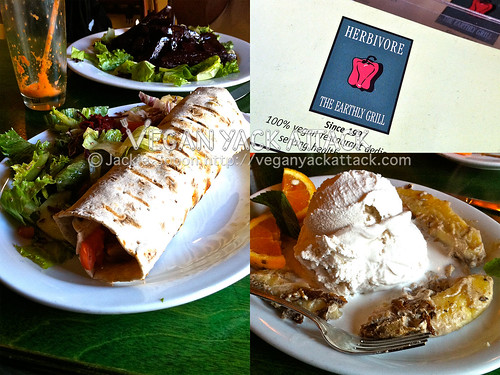 After going with Corey to do some work duties, that night we met up with a good friend of ours at Herbivore, which I was very excited for. I ordered the Shawarma “Chicken” Wrap (with salsa on the side) as my entreé after our server suggested it, and was surprised by how good it was considering it’s description on the menu is a tad underwhelming. It was a dish I would certainly order again. Deciding on dessert was much harder for me, but the Sizzling Bananas with Vanilla Coconut Ice Cream was calling to me. The ice cream was not too sweet, and had the perfect vanilla flavor that paired wonderfully with the hot, caramelized bananas. I would say that I’d rather have more bananas and a little less ice cream, but I’ll just make my version soon. 😉 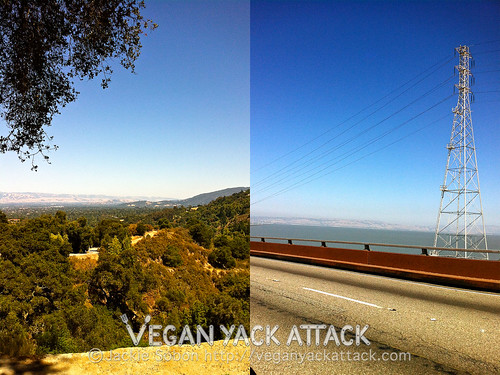 The rest of the trip was dedicated to more driving and working, gazing at the beautiful scenery that San Francisco, and bordering cities had to offer. I wish that I had brought my good camera around more, hopefully the camera photos aren’t too ugly for you. 😛 So, to express my thanks to being home finally (and back in a kitchen), I have a simple and healthy, Sweet Vanilla Fruit Smoothie recipe for you! 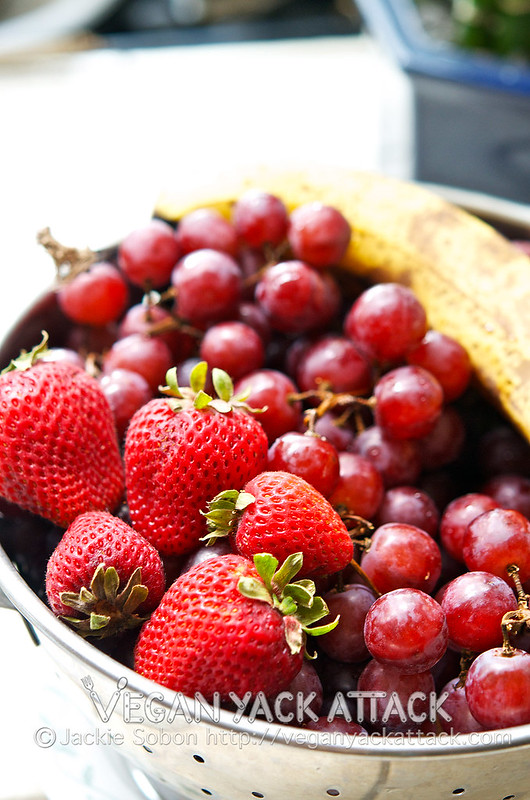 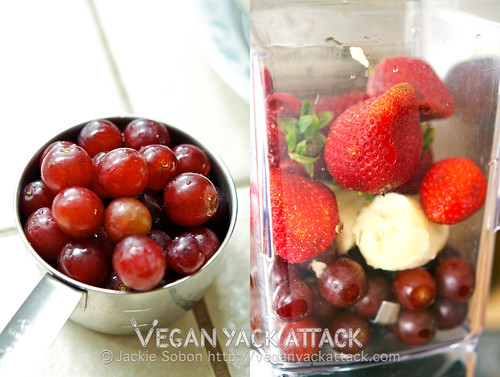 What are some cities that you haven’t been to that you’d like to visit? Or how about restaurants? 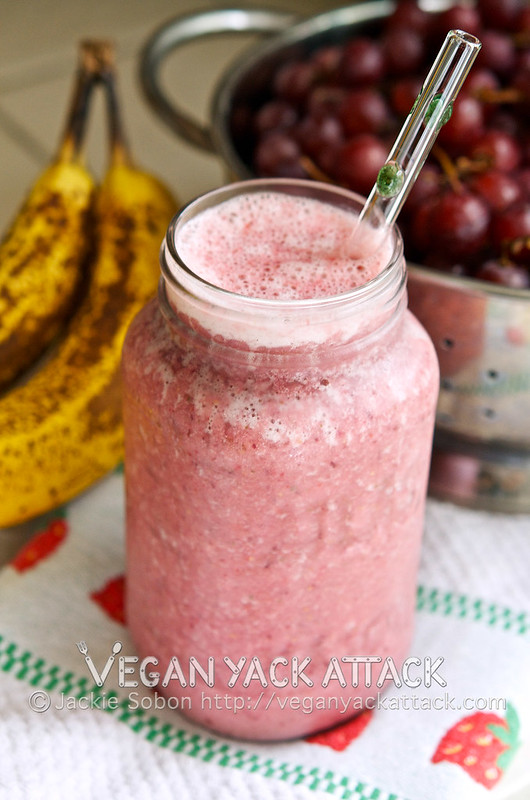