A creamy pumpkin pie smoothie that’s a delicious and healthy introduction to Fall! 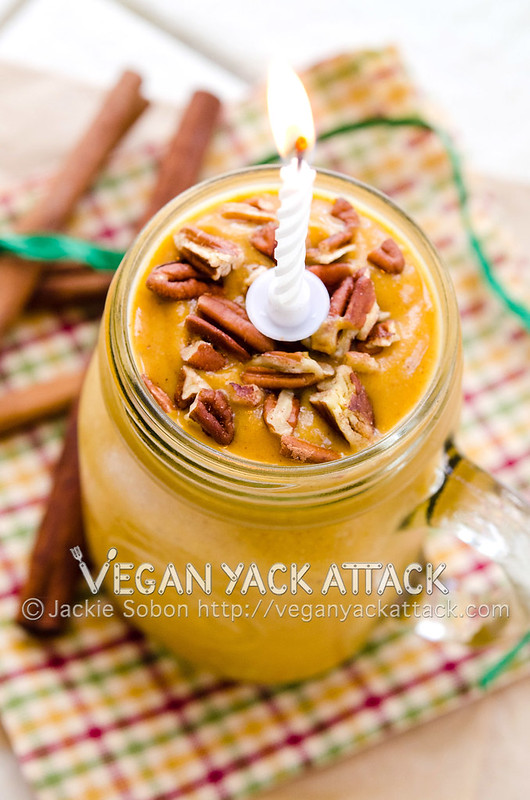 My mind is filled with an insane amount of thoughts at the moment, infinitely long to-do lists, hopes that things go according to plan, and much more. This past week, alone, I had a birthday (on the 18th), got a fresh hair cut, interviewed for a design job, and am now getting started on my first cookbook; that is without the social events that I’ve attended, a reception and a couple of birthday dinners. Pretty advantageous, I’d say! Tomorrow I have my second interview with the same company (!!!!), the day after is a 5K that ends in the OC Brew Ha Ha 😉 and maybe I’ll have a get-together for my birthday. Do you ever feel paralyzed when there is a lot on your plate? That’s kind of how I am at the moment. 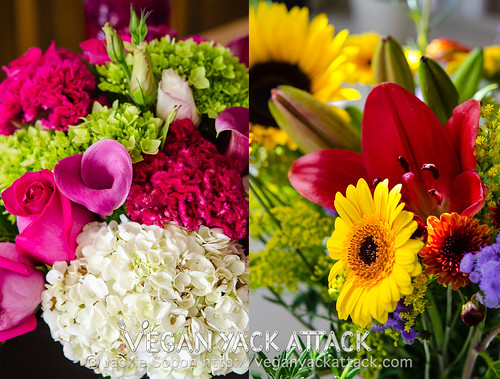 But, I’ve had so many well wishes and great vibes sent my way that I’m feeling good and pretty confident. I feel as though next week may be a little calmer, but I could be totally wrong and it wouldn’t be the first time. But, let’s travel back to the 18th for a second and go over how my actual birthday went. It started with me totally failing at making some gluten-free pumpkin pancakes and tossing out the batter :(, but then I created something delicious and healthier which was a bonus. I’ve made pumpkin smoothies before, but nothing as creamy as this; this smoothie is just the introduction to fall, which will be here–on the calendar at least–very, very soon. 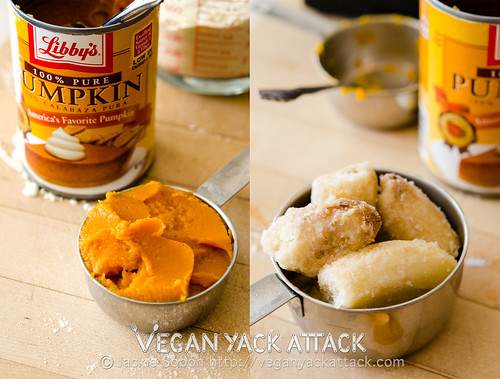 The smoothie is delectable, but is a great bridge for the seasons, keeping its cool and still being light in comparison to the custard-y pumpkin pies that will soon be in ovens all over the country. Not to mention, it’s easily customizable to what ingredients you have on hand. No non-dairy yogurt? Just use non-dairy milk with no extra water. Maybe you want to use agave instead of maple syrup and add more spice? Go for it! The end product won’t be affected tremendously, so try this out without hesitation!

One Year Ago: Coconutty Carrot Cake with Cashew Icing 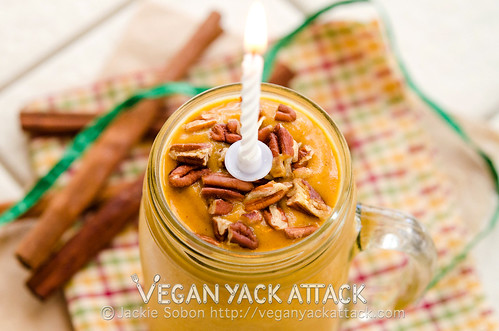 Add a bit of a nutty flavor to the smoothie with pecans, I mean, I’m drooling just thinking about the possibilities. 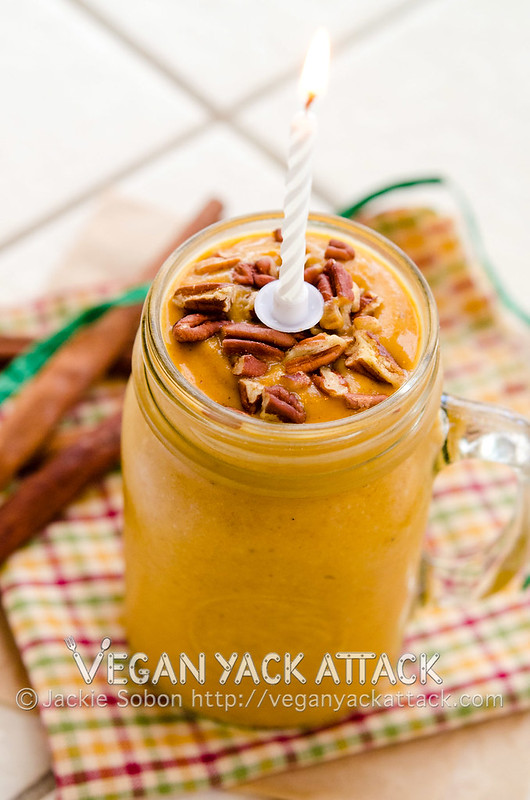 Wow, how did I get so off track with telling you about my birthday?! 😉 After cleaning up all of the dishes from my failed pancakes and the smoothie, I had a conference call about the cookbook which has allowed me to totally go for it! Later on, my family and I went to Au Lac for dinner, which is a vegan restaurant that I absolutely love. It’s kind of hilarious to see my dad totally out of his element but he enjoyed himself and the food. Plus, when we ordered two desserts, they plated them so beautifully for a birthday plate (as you can see below)! On the left is my Raw Paella, it was my first time having it but I loved it! They have some really great raw options there, so I highly recommend that you check it out. 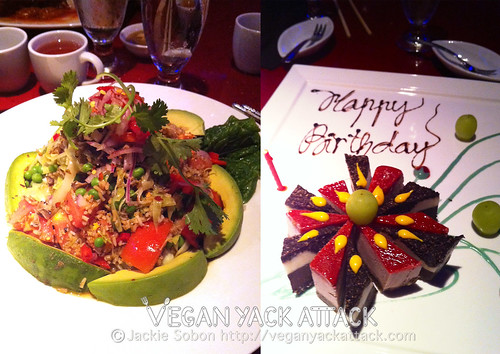 Do you have any traditions that you do for your birthday? If so, let me know in the comments below, I’d love to hear them!