A twist on your regular pizza pie, with a subtly sweet crust, pumpkin, chocolate, and much more, this Sweet Pumpkin Pizza is a great fall treat! 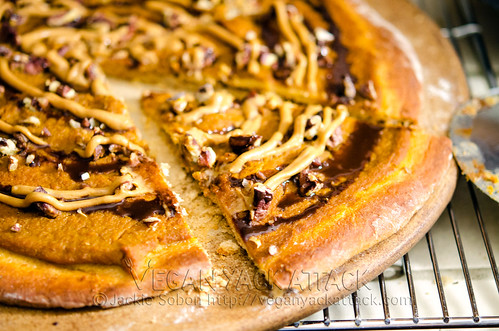 How is it November already? It’s going to be 2013 before we know it, which honestly kind of scares me. But, today is World Vegan Day! I think it is pretty awesome that we have the holiday, so have a happy one. 🙂 Also, back to Halloween, last night I answered the door to trick-or-treaters as a witch! *cackle* While my nephew was a little soldier who was not amused by all of the pictures that we were taking together. 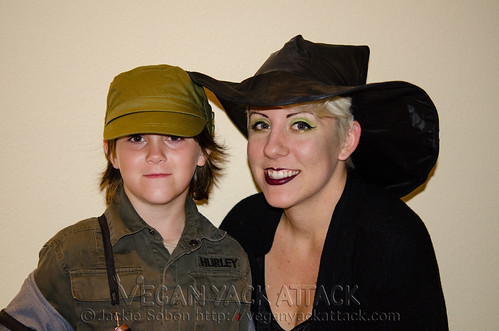 I remember telling you that I was going to share what I ended up carving into my pumpkin, but I’m really bummed about it. I carved a pretty scary face with sharp teeth into a rather large pumpkin and set it outside for the night; but when we brought the pumpkins back in, we thought that they’d be fine on the floor. Turns out, dogs like pumpkin. Who knew? So while I was watching an episode of Castle, Duchess (the basset hound) decided to chew off all of the teeth. Oy. I didn’t get a picture of it before hand, so I’m kind of sad. Oh well! 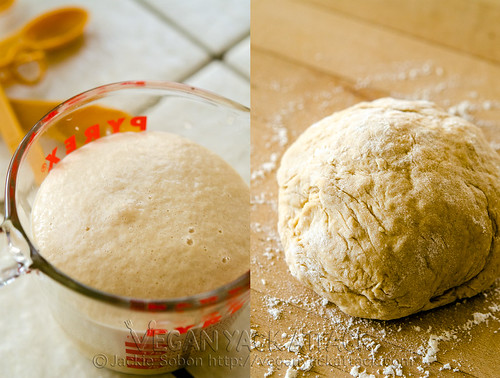 Also, because it is World Vegan Day, I feel that celebrating with something sweet is absolutely appropriate. This time, I’ve taken pizza and put a little twist on it, making it into some sort of elaborate pumpkin pie type of dessert; that isn’t actually elaborate at all. I hate to say it because it’s kind of embarrassing, but I may have eaten this entire Sweet Pumpkin Pizza throughout last night (as dinner) when handing out candy. O_O Oops. BUT, that should tell you how delicious it is. 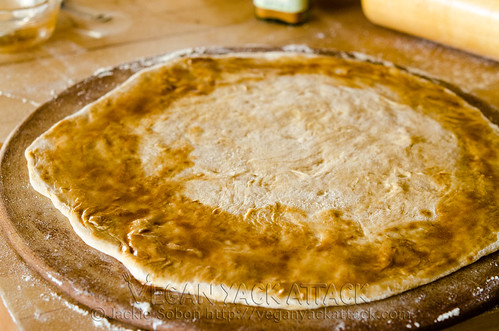 This pizza has a thin layer of pumpkin on top of a slightly sweetened crust, with swirls of peanut butter sauce and chocolate, along with some crunchy chopped pecans. If that doesn’t sound fabulous, I’m not sure if you’re in the right place. 😀 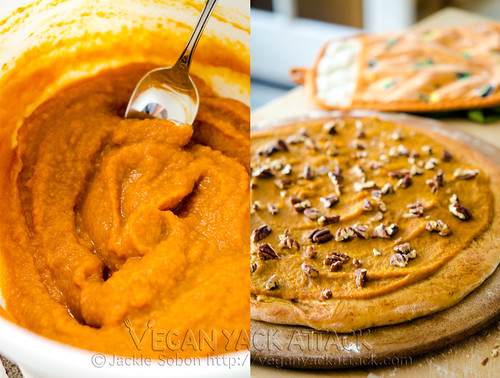 One Year Ago: Pumpkin Chili Empanadas 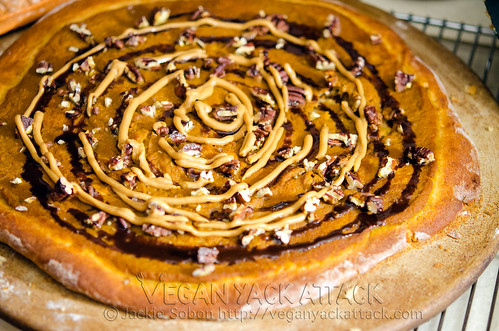 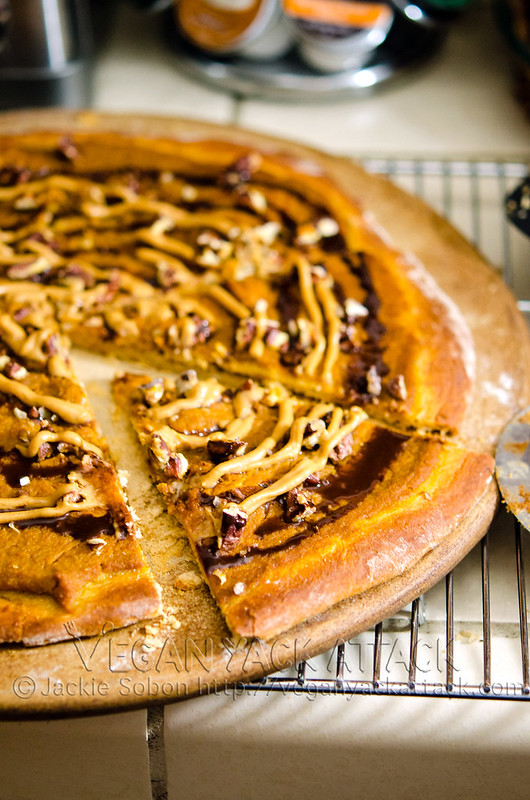 Obviously, this Sweet Pumpkin Pizza can be customized pretty easily with whatever sweet toppings you want to add. Maybe some dried cranberries? Slices of apple? The sky is the limit! 😀 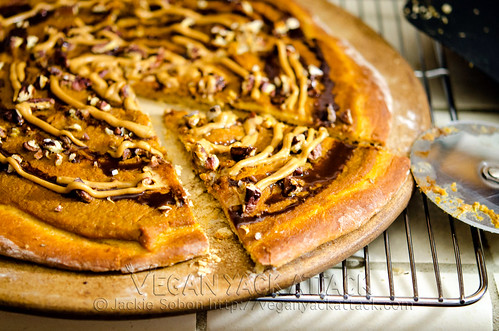 This is awesome!! pumpkin and chocolate.. i am there! I had planned to make a dessert Pizza. but then ran out of steam by the end of October:) you make a really pretty witch! my dog will eat anything that is left on the floor if he has not been told to stay away from it. :)

Brilliant! I never think to make dessert pizzas in the first place, and certainly nothing so perfectly seasonal and delicious as a pumpkin-flavored rendition. Halloween was canceled this year due to the storm, so I may just need to make up for it by enjoying a pumpkin pizza instead.