This Apple Pear Crisp has layers of cinnamon-y pear and apple slices, with a crispy, buttery topping. Perfect for fall! Plus, it’s vegan, and gluten-free. 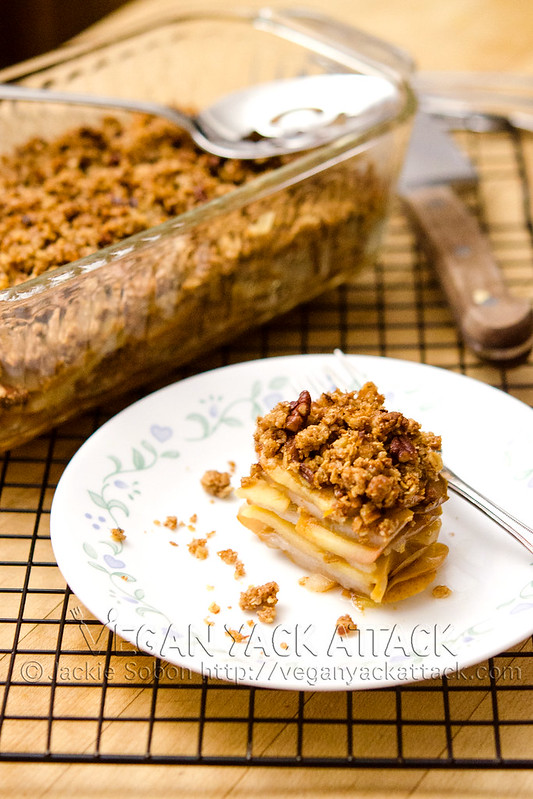 First off, I hope that everyone had a terrific weekend. Whether you live in the states and celebrated Thanksgiving, or live in other parts of the world and were able to ogle all of the incredible recipes posted this past week, I’m sure you enjoyed yourselves in some way. 🙂 Unlike a few other bloggers, I don’t have any leftover recipes for you because… I don’t have any leftovers! (always a good sign) And if you didn’t check out my instagram, I’ll tell you all about what I had for dinner on Thanksgiving. 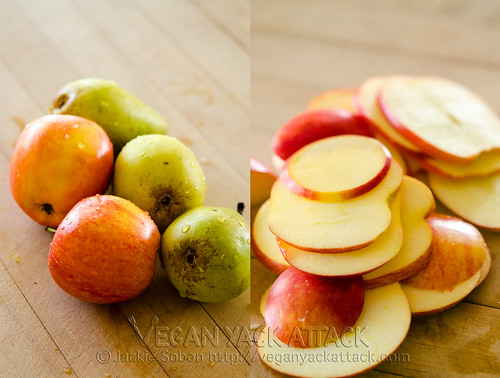 First, I made my rendition of Isa’s Seitan Roast Stuffed with mushrooms, in which I halved the seitan recipe, added pecans, spinach and rosemary to the stuffing, and used button mushrooms and green onions. It turned out SO good! I am always in charge of making the sweet potato casserole, and for the past couple of years I’ve made Susan’s Sweet Potato Casserole with Pecan topping from Fat Free Vegan. But, this year I improvised and loosely based mine off of hers; and I’m telling you, I need to share this recipe with you! It’s so good! Plus, not too sweet. Then there was the garlicky mashed potatoes (simple enough), olives and a spinach side-salad. 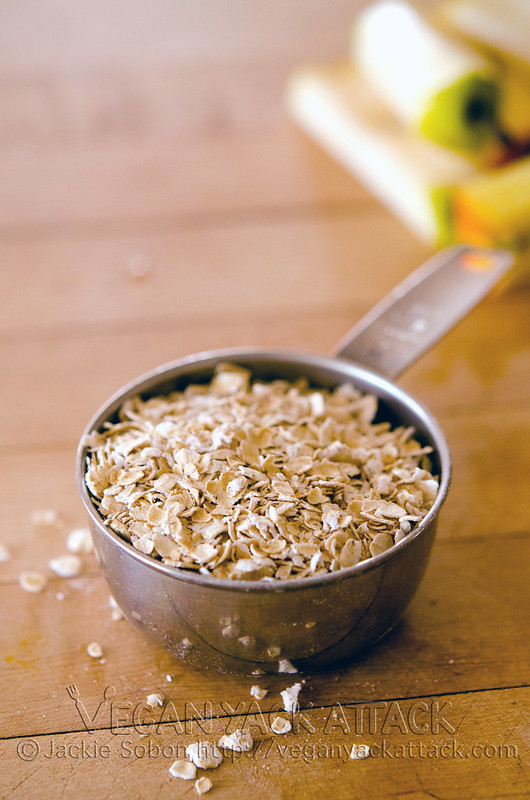 Really, the little amount of leftovers that I did have were eaten up for brunch that I made for a couple of girlfriends and I, the next morning. Mmm.. Mimosas. But, besides that, I have something else for you. A dessert that is filled with fruit, and great for serving around the holidays: an Apple Pear Crisp. If you’re anything like me, you’ll have an issue with trying not to eat all of the crispy, crumble topping off of the sweet slices of fruit the moment that you pull that baking dish out of the oven. You can liken the topping to a buttery granola mix, which sounds good in my book! 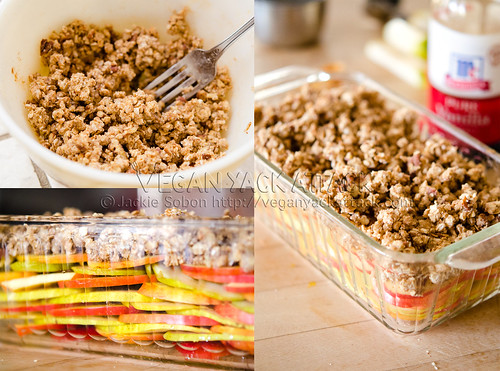 There will be some liquid at the bottom of the baking dish, if you care to, add a sprinkle of oats or flour between the fruit layers (prior to baking) to thicken the liquid. 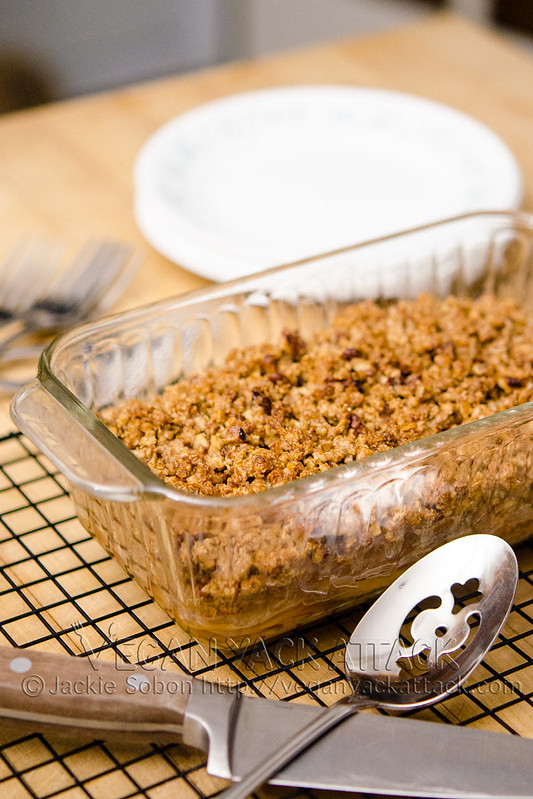 Lastly, make sure to share this recipe with your loved ones, or maybe bring some to your coworkers? They’ll love you for it, I assure you. 😉 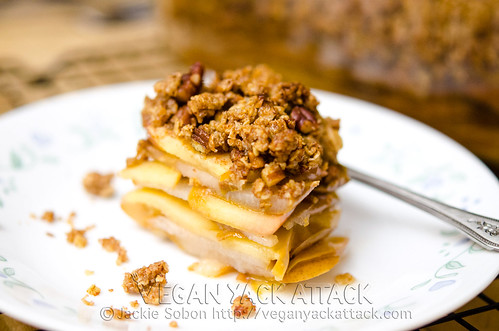 What were some of your favorite dishes from Thanksgiving? 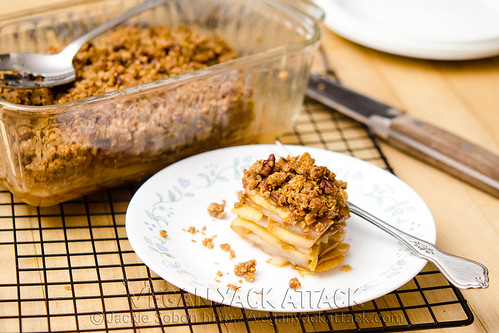 ← Vegan Sandwiches Save the Day! And a Chance to Win!
Tomato Spinach Grilled Cheese Bread Bowl →