First off, Happy New Year everyone! I had a post queued up earlier that went over my holiday eats and going-ons, but it’s a little late for that. So, what I have for you today is a list of the Top 10 Recipes of 2012; plus, a little bit about how my year has gone, and what I would like to do in 2013. I’d love it if you’d share some of your aspirations and intentions for 2013 in the comments, as well!!

Below is the list in numerical order, with a little bit about each recipe! Enjoy!

Now, for a bit of reflection of the past year. I’d have to say that 2012 was filled with more ups and downs, for me, than almost any other year that I’ve lived. I lost both of my grandmothers, a couple of friends, have not had a design job the whole year, and have had my own issues to deal with when it came to my relationships. Although the downs were definitely low, the highs have helped me make it through with an optimistic outlook for the year ahead. 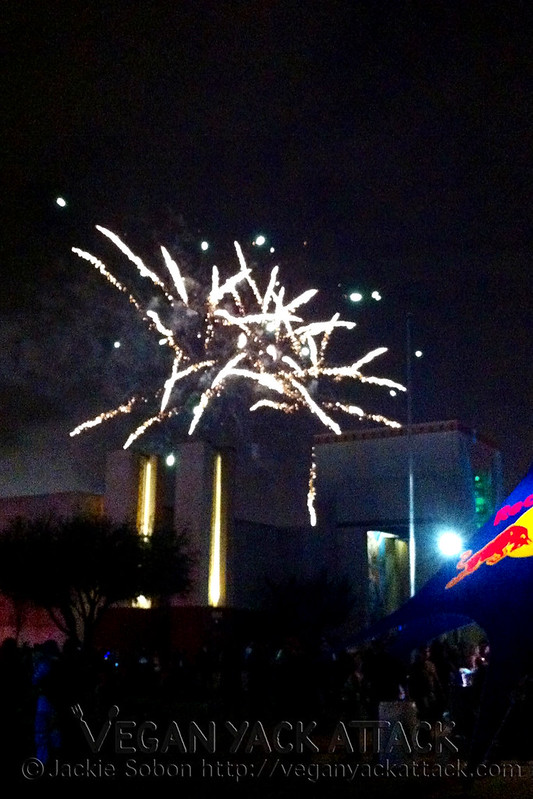 I’ve met SO many new people through my blog and social media, a lot of which I now call some of my closest friends. Through networking I’ve become a freelance photographer for Vegan Cuts among other companies and people. I’ve done more merchandise vending this year than any other, which I wouldn’t mind continuing. That is also why there haven’t been any posts recently! I was in Dallas for the past few days, working a festival with Corey; nothing like ringing in the New Year while in a merch tent while it’s in the 30’s outside. At least there were fireworks! 🙂 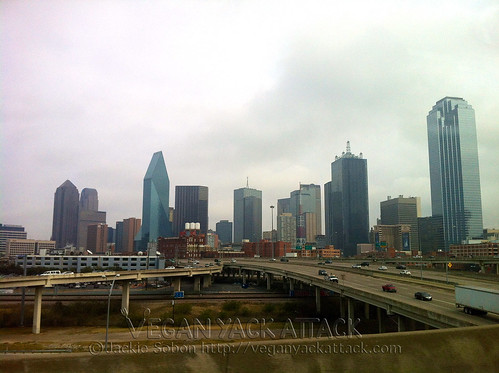 In 2012, I started working on a cookbook of my own; and even though it has temporarily been put on hold, I plan on finishing it this year as well as working on more things centered around Vegan Yack Attack- that I know you’ll love. While I’m still looking for a product design job (know of one?) to be my main source of income, my biggest goal is to be able to earn a living from my passion, which is still creating and taking photos of great vegan food.

To cap this little essay, I’d just like to say that I am so unbelievably grateful for those in my life that have supported me in my endeavors and believe in me. Sometimes I feel that you have more faith in me than I do in myself. I’d also like to thank everyone that has ever visited this lil’ vegan blog of mine, tried a recipe, or left a comment. It has been you that has been a major contributor in me continuing to post. I send my love to you all!

Again, Happy New Year, and let me know about some of your goals and intentions for 2013 below! <3

[…] wouldn’t be the end of the year if there wasn’t a top recipe list on here, right? Last year’s was awesome, but we may have topped it! Take a look at which recipes I made this year were most […]

I know I don't always leave a comment, but know I always stop by!!! I dearly love your site, and all your beautiful treats you make:-) Your round up is fabulous, I need to make that pizza stuffed spaghetti squash:-) I hope 2013 brings you many many ups, you for sure deserve it! Sending Hugs, Terra

Terra, you are the absolute sweetest!! Thank you so much for the positive words, and I hope that 2013 is a great year for you as well! <3

I've been on a major falafel kick lately and very aware that i need to stop buying them out and make them at home. Your list came out at the perfect time while I was jumping online to make my grocery list. LOVE your falafels but even more than that... the tzatizki sauce?!?!? OMG. Needless to say, this is going in the arsenal. Happy NY to one of my fav bloggies!

That's awesome, Gina! I really am in love with the tzatziki sauce; it's probably better that I don't make it more often. I could eat that stuff with almost anything!

Happy New Years to you as well!! :D

I think all 10 recipes look super! I'd like to make the corn chowder soon I think, it's cold around here.

That one is a HUGE hit amongst readers, and I've only heard good reviews, so go for it! :)