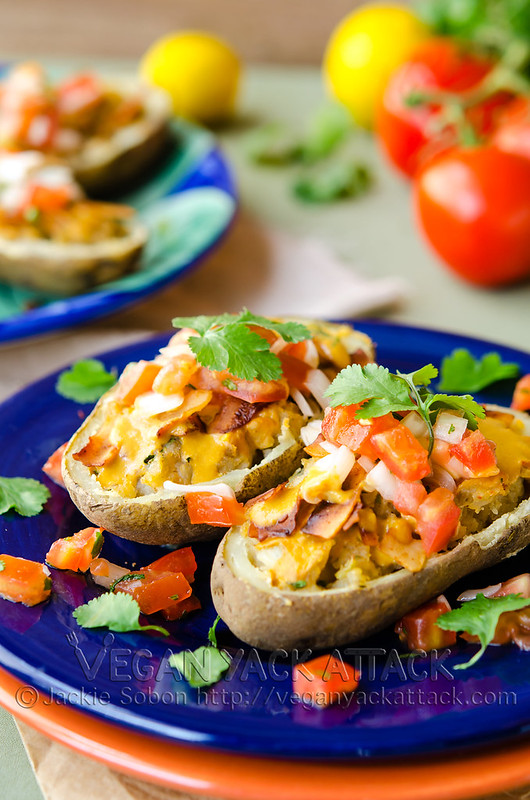 Truth be told, I made these amazing Mexican Twice Baked Potatoes for Super Bowl Sunday. Of course, now it’s a little late to post it, but is it ever too late to enjoy an awesome appetizer or side? I think not! I know that Cinco de Mayo is still a ways away, but these would be great for a themed party along those lines. There are a couple of components to the recipe, but it all comes together in a tasty way that won’t disappoint. 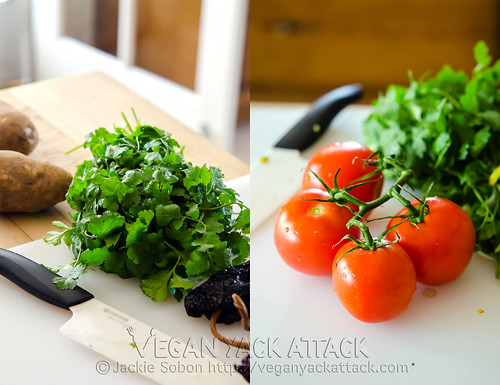 First, you have your potato. Who doesn’t like potatoes? Crazy people, that’s who. (JUST KIDDING, kind of) Baked, scooped, mashed and baked again; then drizzled with a savory queso sauce, topped with crunchy coconut bacon and some fresh pico de gallo. It’s like nachos in a potato, but slightly less crunchy and definitely easier to share. Maybe next time I’ll mash some black beans in with the potato for an extra nacho-y experience. Then, add a squeeze of lime and a few drops of hot sauce for some acidity, at least, that’s how I like it. 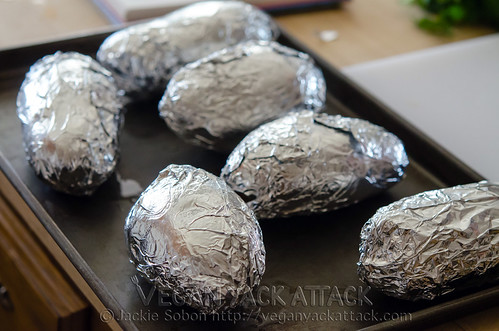 Of course, I had my nifty helper, Trevor there for some prep and to take care of the coconut bacon for me. I’m surprised that I was able to top any of the potatoes with it, seeing as how we couldn’t stop snacking on it! I used Fettle Vegan’s recipe as a base and added some smoked paprika, and extra liquid aminos, plus a pinch of cayenne pepper. 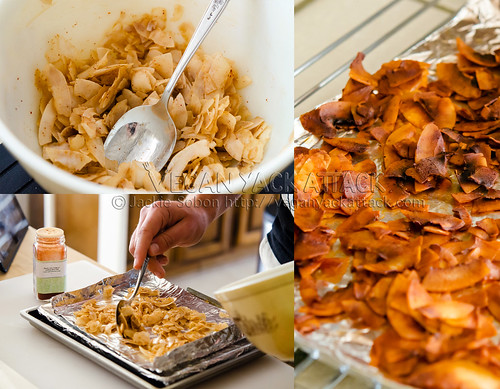 So, while I watched Beyonce do her incredible thang on stage for the half-time show, I munch on a couple of these potatoes and felt second-hand exhausted from watching her dance around like crazy for 15 straight minutes. I won’t lie, I was a little excited when that quick Destiny’s Child reunion happened; I loved them when I was younger! Maybe next time I’ll do jumping jacks while watching people dance on my TV, or maybe not. 😉 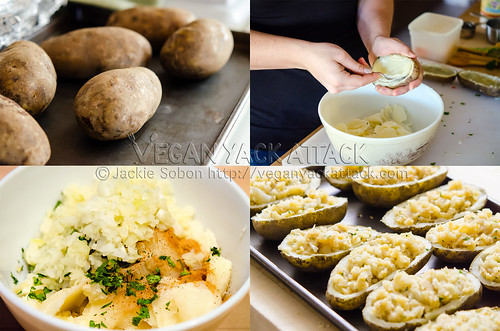 One Year Ago: Gluten-Free Chocolate Waffles with Peanut Butter Sauce

For the Pico De Gallo

For the Cheese Sauce

The coconut bacon will soften on top of the warm potato/queso, so you may want to keep it on the side and top as you eat them for extra crispiness! 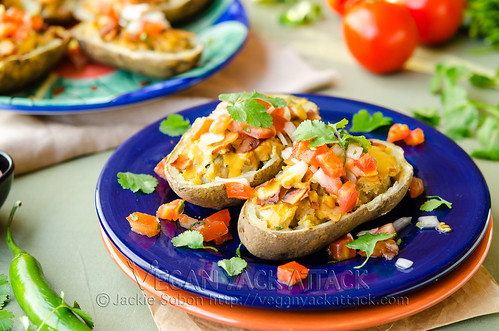 Make these tasty, hand-held, Mexican Twice Baked Potatoes for your next fiesta! 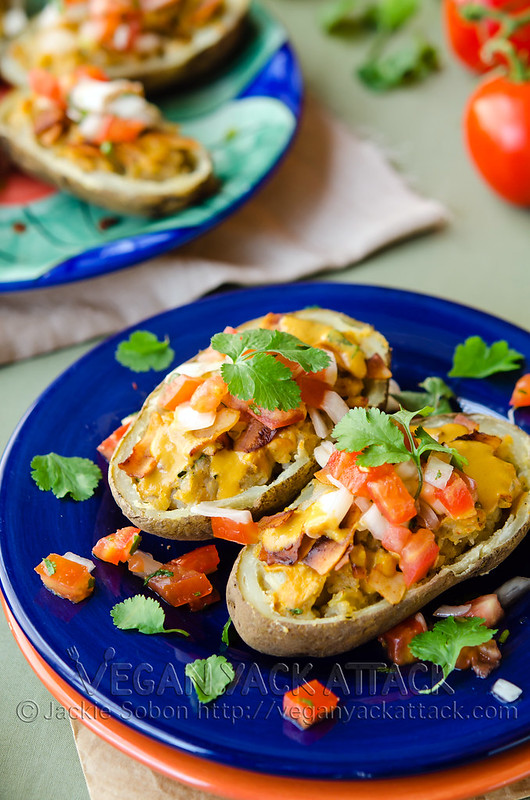