These Loaded Breakfast Potatoes are a crispy potato hash covered in a heavenly mushroom gravy! 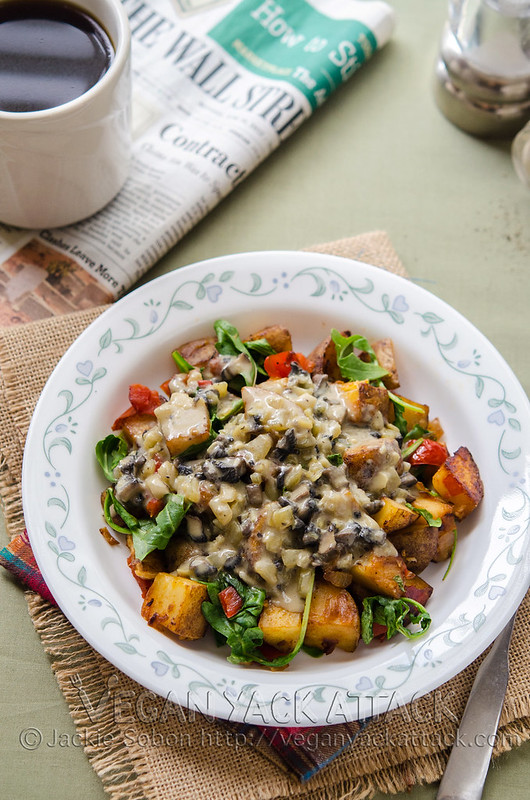 For more years than I can remember, there has always been the same ritual taking place in my home, on Father’s Day. The last couple of years my Dad has asked us to get him nothing (sorry, dude, not happening), and only to enjoy the day together. This means that my mom makes him biscuits and gravy, and I make him a salt-rimmed Bloody Mary. Pretty awesome breakfast, huh? 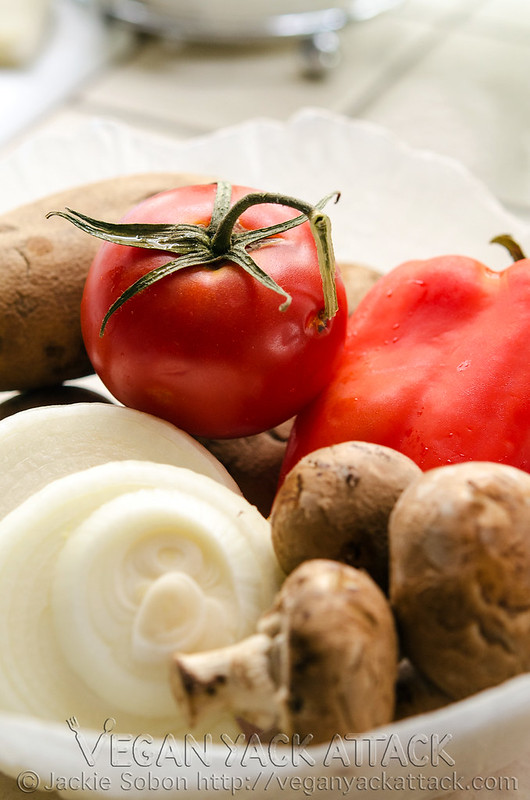 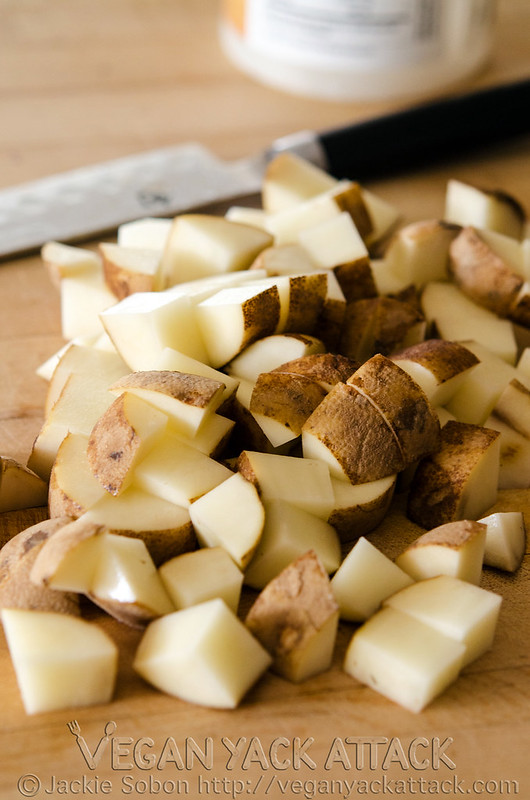 This year will be no different, but I decided to make a breakfast meal inspired by the upcoming holiday. My mom makes an ultra-creamy sausage gravy with Pillsbury biscuits, so obviously my dish is a little different. Not to mention that I haven’t actually made vegan biscuits, yet, and I didn’t want to test them out on you until I have just the right recipe. So, instead of canned biscuits, I give you a potato hash! I love potatoes for breakfast, like immensely. 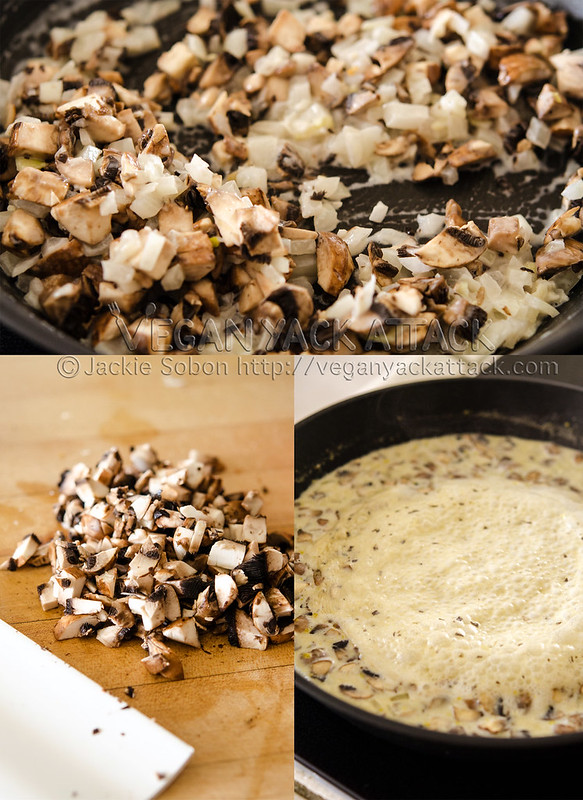 If I had it my way, I would smother just about any item in the gravy that I created. When I was making it, I was thinking back to the Biscuit and Gravy side that I had at Hungry Tiger Too in PDX. It was a creamy, peppery, mushroom gravy, and although mine is a bit different, it still tastes really freakin’ good. Now, pair this ambrosial mushroom gravy with a flavorful potato hash-thing and you’ve got yourself a winning breakfast of loaded breakfast potatoes! 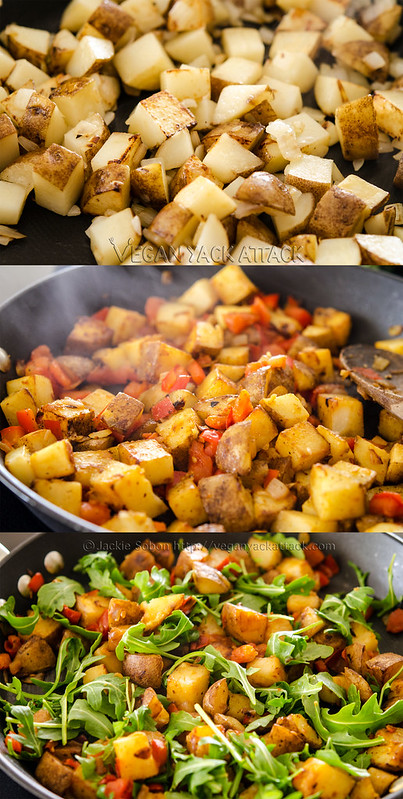 One Year Ago: Raw Creamy Tomato Basil Pasta // Two Years Ago: How to Make Almond Flour 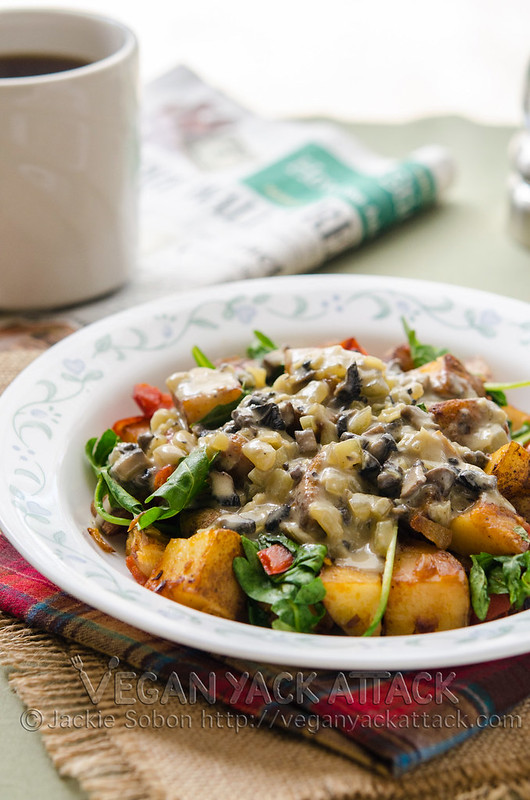 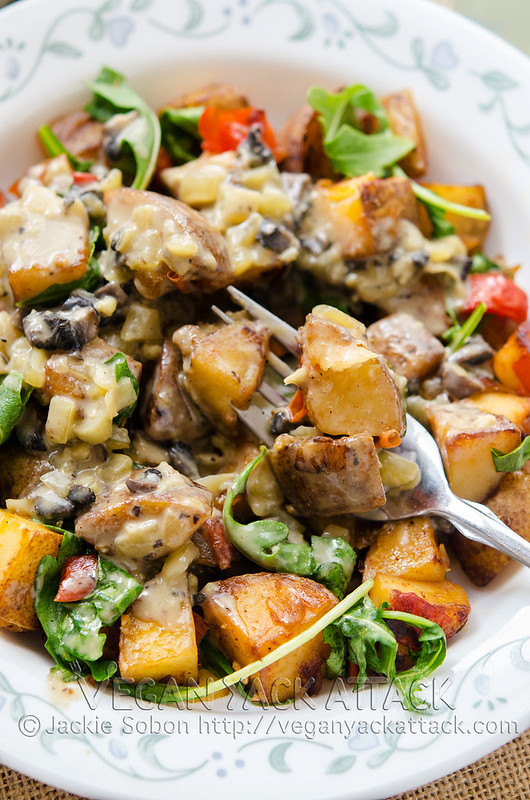 I hope that everyone enjoys their weekend, and Happy Father’s Day to all of those awesome dads out there! (and single moms that play both parents 😉 ) Now, where’s that Bloody Mary?! 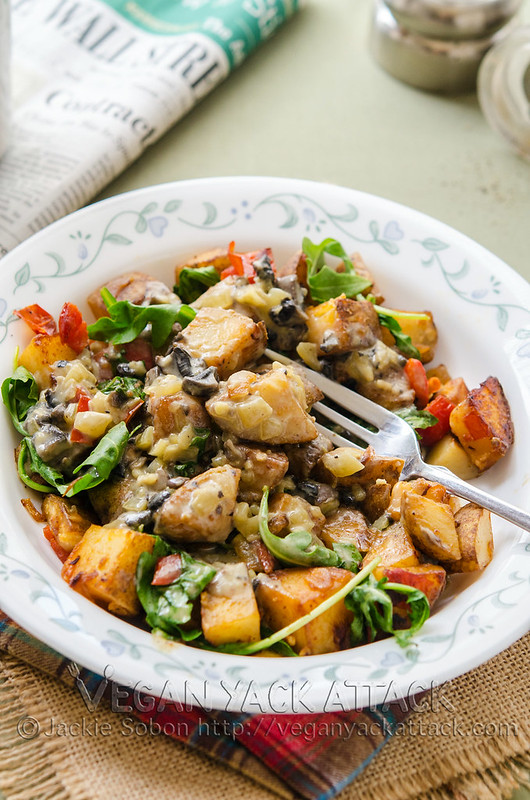 Side note: Here is an awesome video that I saw on HuffPo today. Sad and heartwarming at the same time, so if you’re a crier, you may need to grab some tissues! <3