Apple Pie on the Rocks

A festive, boozy treat that’s spicy, cool and easy-to-make. Apple Pie on the Rocks! Plus, a recap of my vegan Thanksgiving. 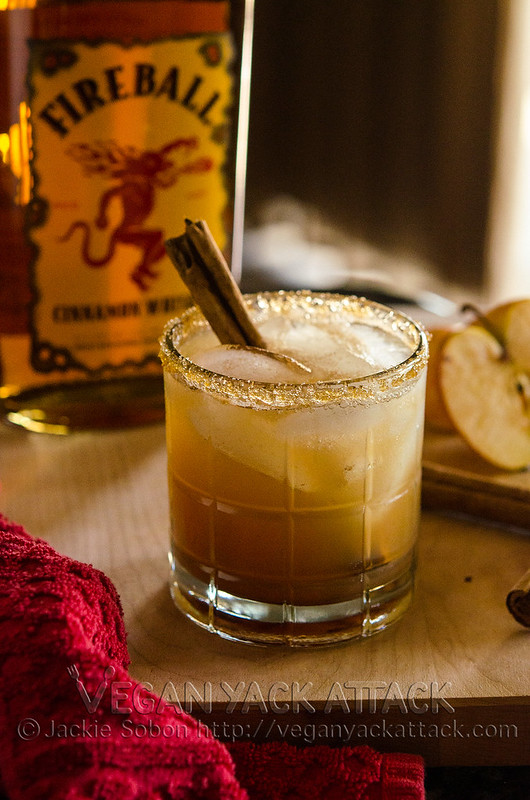 Before I get into this spicy, cool beverage I would like to talk a little bit about my Thanksgiving. This year was a little different from most, because the group was smaller and my Dad and I met my sister and her boyfriend out in Lake Havasu to have it. This meant that I needed to cook some things beforehand, bring some ingredients and not make as big of portions (oops, on that last one). 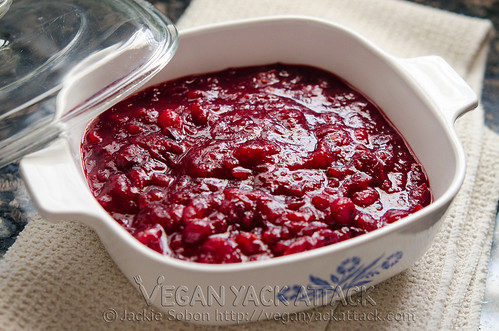 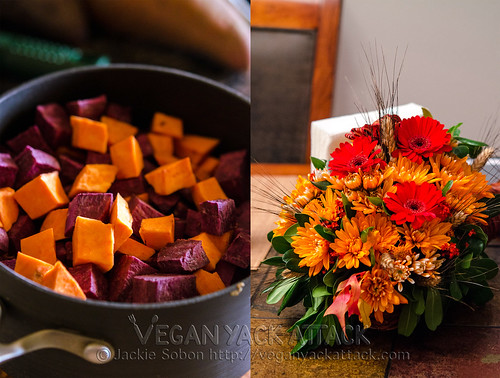 I was excited to make my first batch of homemade cranberry sauce, which I changed just slightly from the pancake topping recipe. The addition of some cinnamon, plus vanilla extract and brown sugar instead of white made it perfect! My sister’s S.O. really liked it. Then, as usual, I made the sweet potato casserole, mashed potatoes, and switched up the veggie side with some roasted Brussels sprouts. Of course, I brought my leftover Stuffed Seitan Roast with me, and it reheated wonderfully! Overall, it was a total success, even if there was a ton of food left afterward. 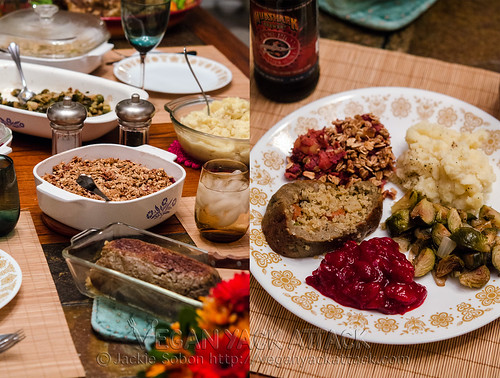 Although I kept myself occupied most of the day, I got to witness some pretty awesome stuff. I had quite a few friends and readers tell me about how they made dishes either from my blog or the eBook for their families, on Thanksgiving. Not only that, they told me about how successful they were! Like omnivore grandparents pilfering last slices of Pumpkin Coffee Cake, and empty plates of Smoky Pumpkin Mac. I can’t even begin to express how much it means to me that people would make my recipes on what I consider an important food day! I hate to admit it, but it almost brought me to tears at one point. I really love running this blog, but having reminders about why I do it doesn’t hurt. 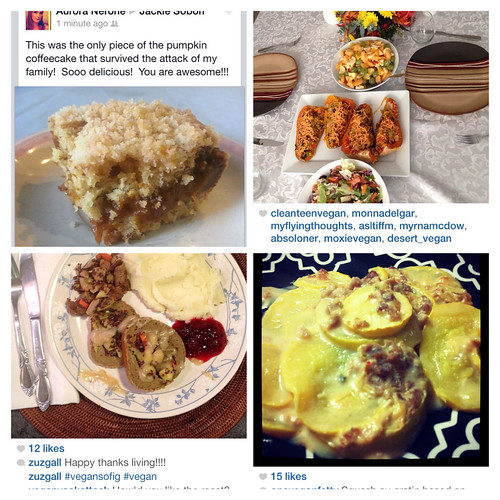 So, thank you, to all of the people out there that check out my blog. Even if you don’t ever make something, I don’t mind! I just like to show off cool dishes that taste great, and that most importantly are vegan. As much as I love food photography and recipe development, it would be harder for me to do this if there wasn’t an audience. I’m looking forward to making recipes, and cookbooks and taking photos for a long time! 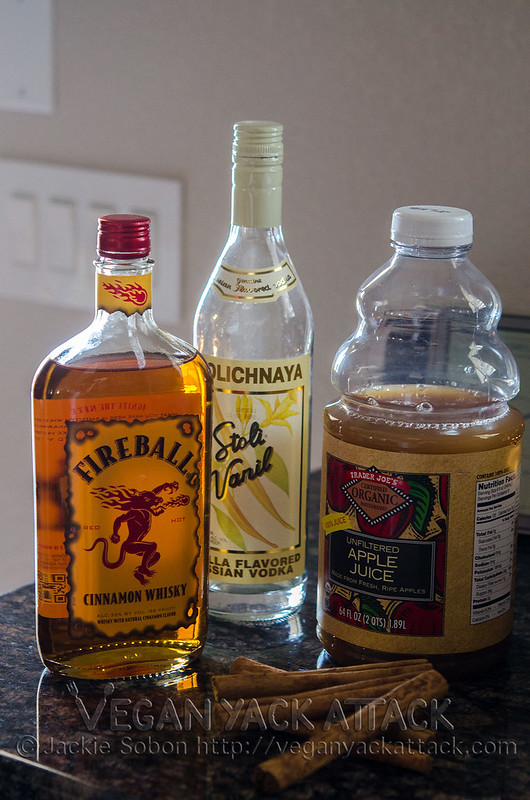 Now, onto the beverage. I was inspired by a drink that I had a few weeks ago that consisted of apple juice, Fireball Whiskey, “Moonshine”, and maybe simple syrup if I remember correctly. I really enjoyed it, but wanted to make my version at home and dress it up a little. That’s how the Apple Pie on the Rocks came to be! It would be awesome if you crumbled up graham crackers and added them to the brown sugar rim, but I didn’t have those on hand. 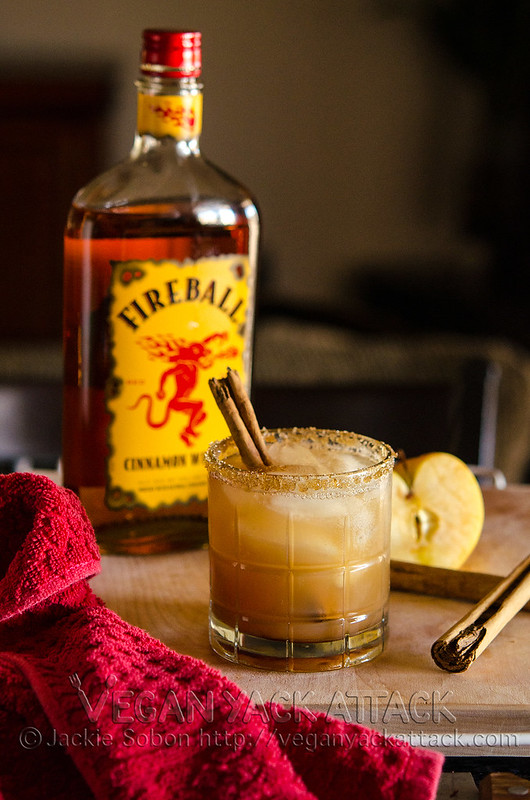 Apple Pie on the Rocks 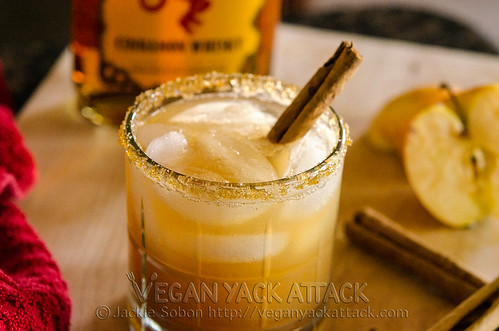 Cheers to the holiday season, everyone! 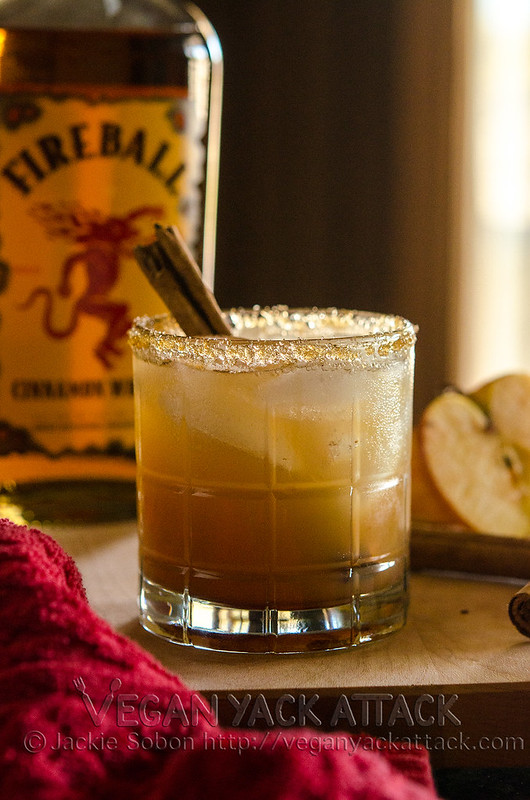 96 Comments on “Apple Pie on the Rocks”