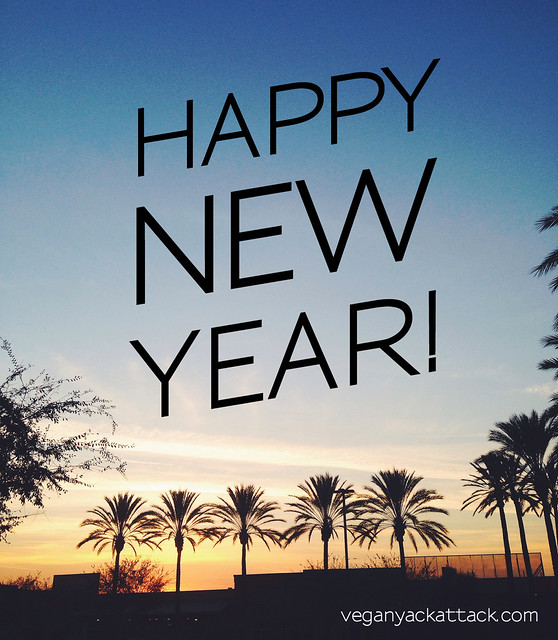 This post, doesn’t necessarily involve food, but more personal tidbits about my life and the progress of this blog. We are definitely in the year 2014 now, and what a trip! 2013 was so interesting, to say the least. I had some very low moments in my personal life and very awesome moments professionally. I’ve made many new friends, solidified existing relationships, and stepped away from those who drag me down (luckily those were few and far between!).

I accomplished some of the goals that I wrote out for myself earlier this year, such as:

So, for this year my plan is to accomplish some, if not all, of the following goals!

Of course, there are other goals that I have that are personal, but I will keep those to myself for now. 🙂 As for Vegan Yack Attack, the blog, here are some of the milestones that we hit in 2013!

I can’t believe how much this blog has grown over the years and I don’t list these to brag, but to let you know that I am so incredibly appreciative for the support that you have given me during my time as a food blogger. I hope that 2014 is incredible for each and every one of you and that you continue to inspire me to create things for your viewing/cooking pleasure! 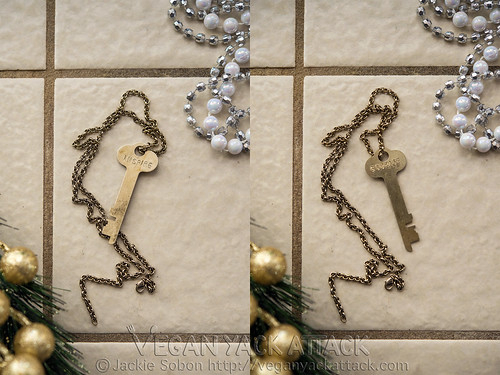 Last but not least, I wanted to share a necklace that my younger sister got for me for Christmas. It’s a simple chain with a hanging key, on one side it says INSPIRE and the other COURAGE. This is a Giving Key and it means so much to me. I am so lucky to have the sisters that I do, that make sure to let me know that they believe in me and tell me to follow my dreams. Please check out The Giving Keys and pass it on.

Also, I promise that the next post you see will be a fabulous, healthy recipe for the New Year. 🙂

Congratulations on all of your accomplishments in 2013! I hope 2014 is just as great :)

I'll definitely be the first to buy your cookbook, love your recipes! Congrats on all your achievements in 2013. Happy new year!

Congratulations on everything, Jackie! You are so talented and a huge inspiration to me! I'm honored to be able to call you a friend. :)

As someone who has just recently began searching for sources of vegan recipes and ideas, I think your site is INCREDIBLE! There is so much here and I love reading about how you come up with your ideas. I can certainly see why you were mentioned by VegNews (you have my vote!)You are such an inspiration and I will be here with you through all of 2014. Thank you for all you do!!

Amanda! Thank you so much for your wonderful words! Your support means the world, seriously. You've certainly made my week with that one! Happy New Year and have a fabulous 2014! <3