Spicy, creamy, and with a noodle-free twist! This Sriracha Cauliflower Mac n Cheeze by Randy Clemens is comforting, delicious, and totally plant-based. 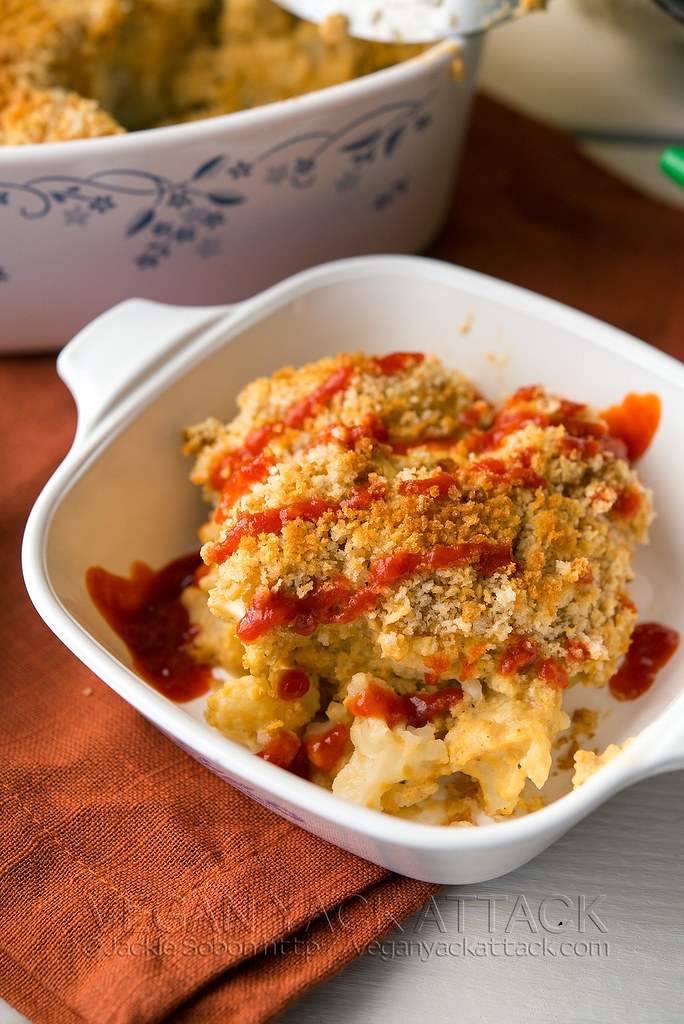 . Not only that, he is a chef, craft beer nerd and has helped put together the Sriracha Festivals in LA and SD, and taken part in the documentary on sriracha. You could certainly say he knows his shit. 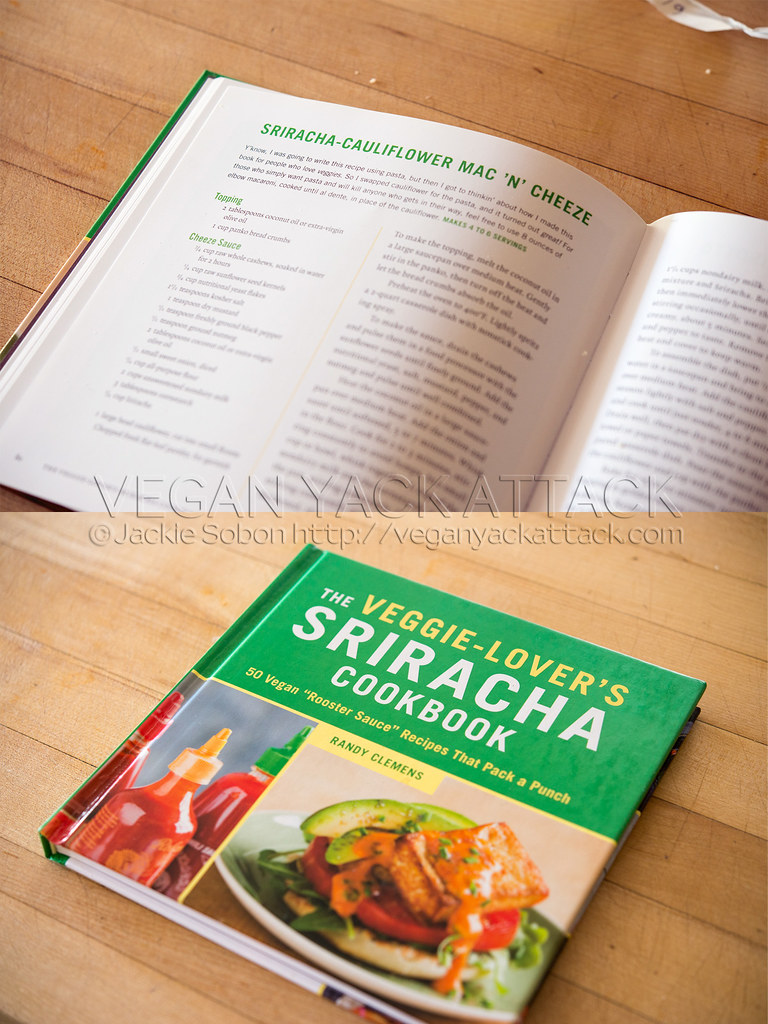 I’ve also mentioned Randy a couple of times on the blog before, like when he had his book release party at Golden Road Brewing in July of 2013 and we got to hang out and take goofy pictures, plus sample some dishes from the Veggie-Lover’s Sriracha Cookbook. Almost a year later, he participated in Authors Worth Celebrating at Mohawk Bend where we got to have a 4-course meal made up of even more dishes from his book. 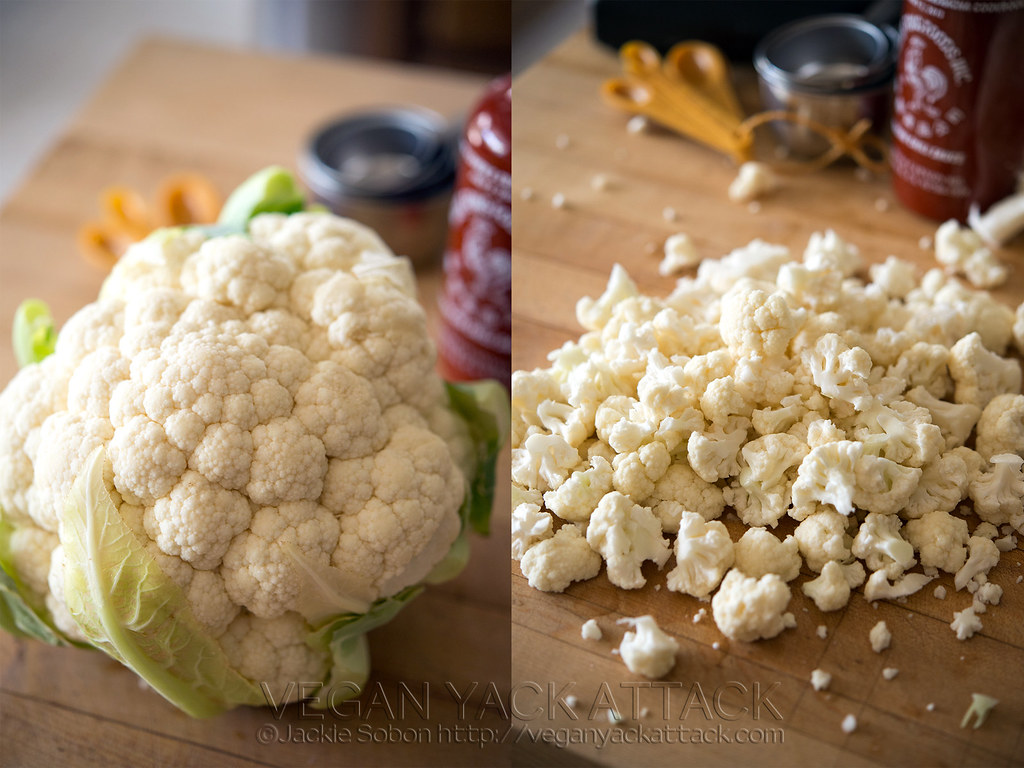 Needless to say, I’ve had my fair share of his dishes and they are damn good. That being said, I just had to get him involved with #ReturnoftheMacMoFo, because I have been eyeing his recipe for Sriracha Cauliflower Mac n Cheeze for over a year now. Randy has been so awesome as to not only let me share this delicious recipe, but to also give THREE SIGNED COPIES of his Veggie-Lover’s cookbook away! YAY! 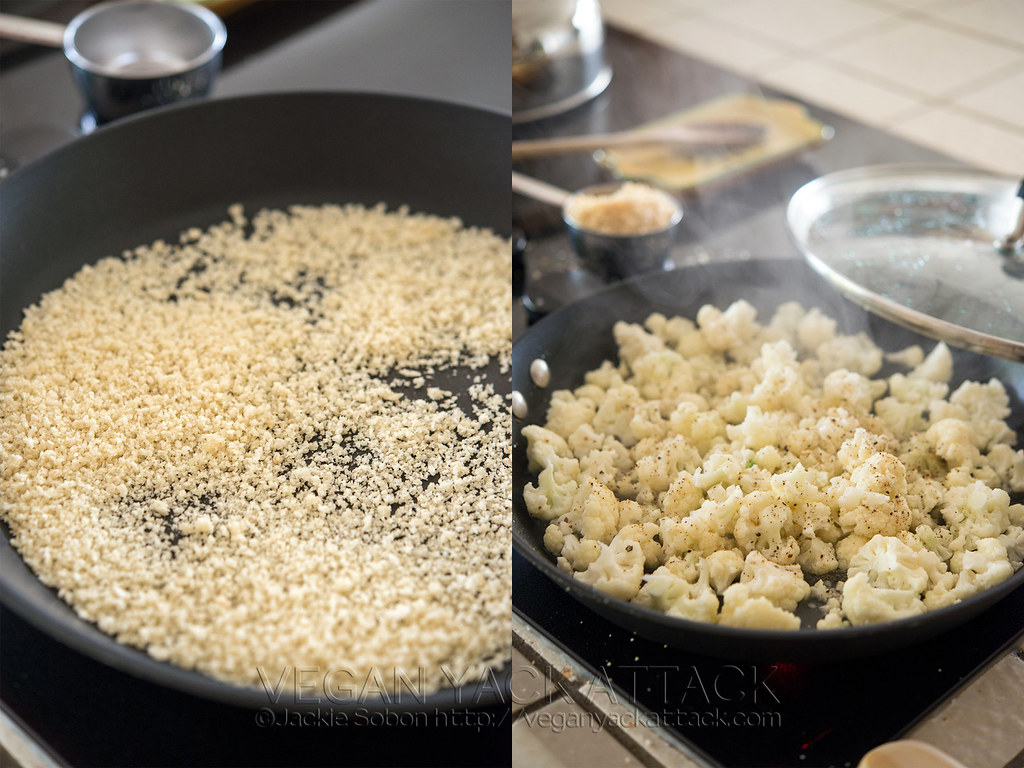 Go ahead, check out the yumminess that this spicy, noodle-free, Mac! 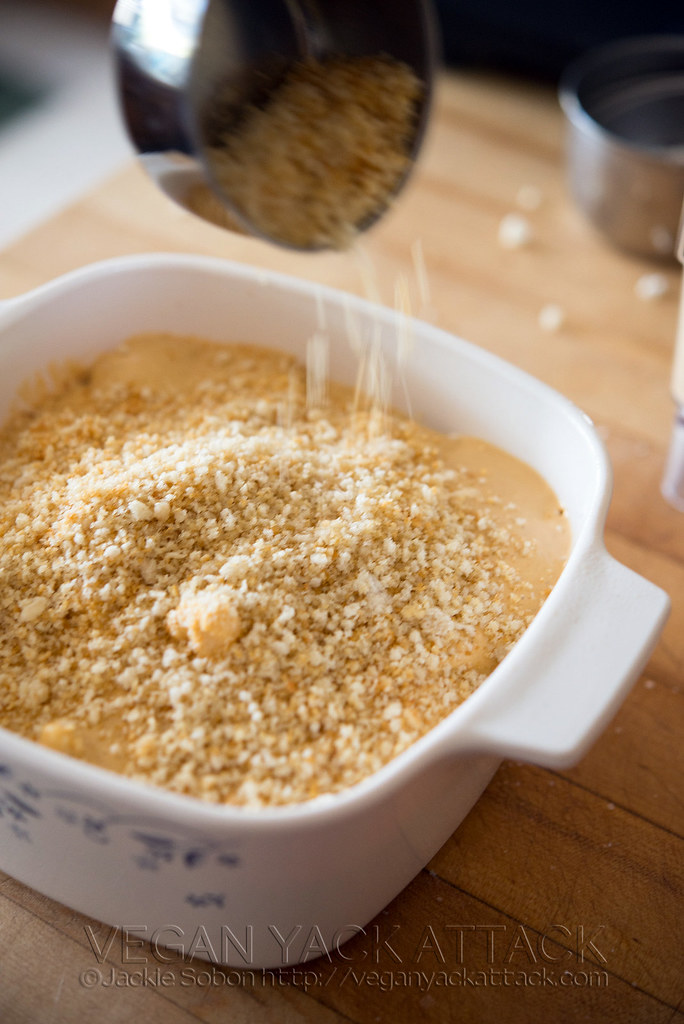 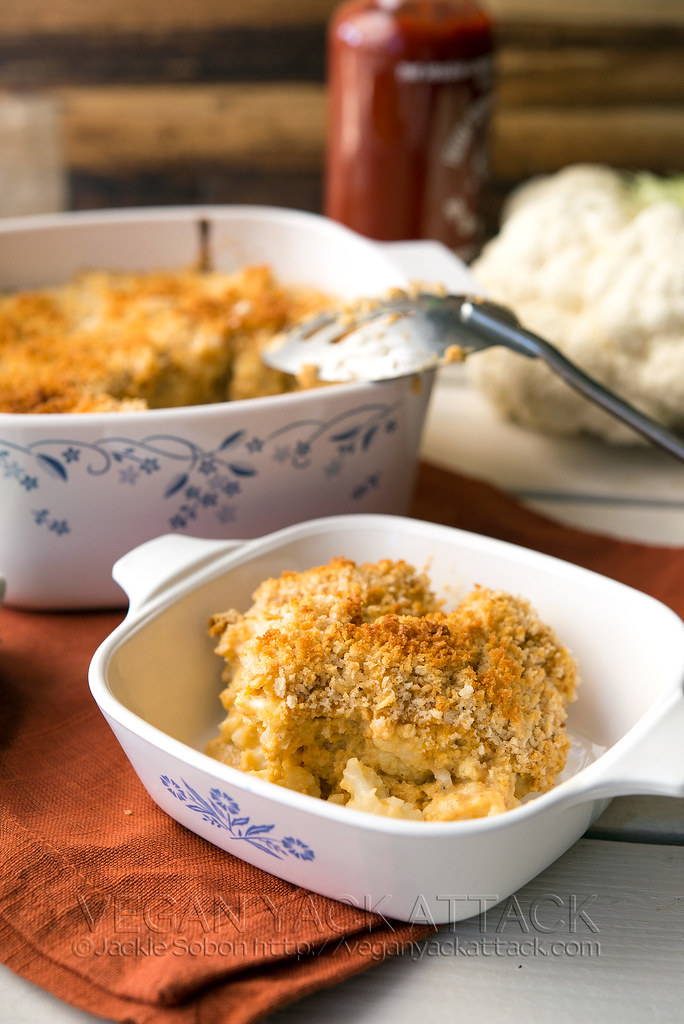 "Y’know, I was going to write this recipe using pasta, but then I got to thinkin’ about how I made this book for people who love veggies. So I swapped cauliflower for the pasta, and it turned out great! For those who simply want pasta and will kill anyone who gets in their way, feel free to use 8 ounces of elbow macaroni, cooked until al dente, in place of the cauliflower. "-Randy Clemens
Course Dinner, Entree
Cuisine Gluten-free Option, Soy-free, Vegan, Vegetarian
Servings 4 servings
Author Randy Clemens

To make gluten-free For the topping, substitute 2 cups of rice squares cereal (such as Rice Chex) for the panko. Put the cereal in a large ziplock bag and gently roll over it with a rolling pin until the cereal is coarsely crushed into bits, resembling panko in texture. For the cheese sauce, simply substitute gluten-free flour for the all-purpose flour. 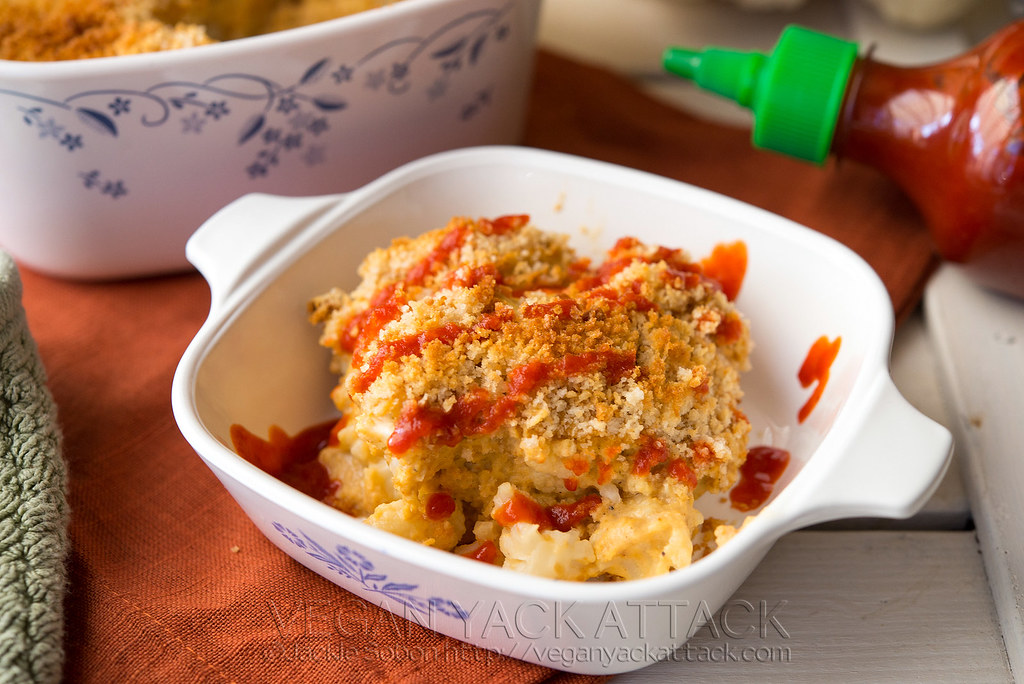 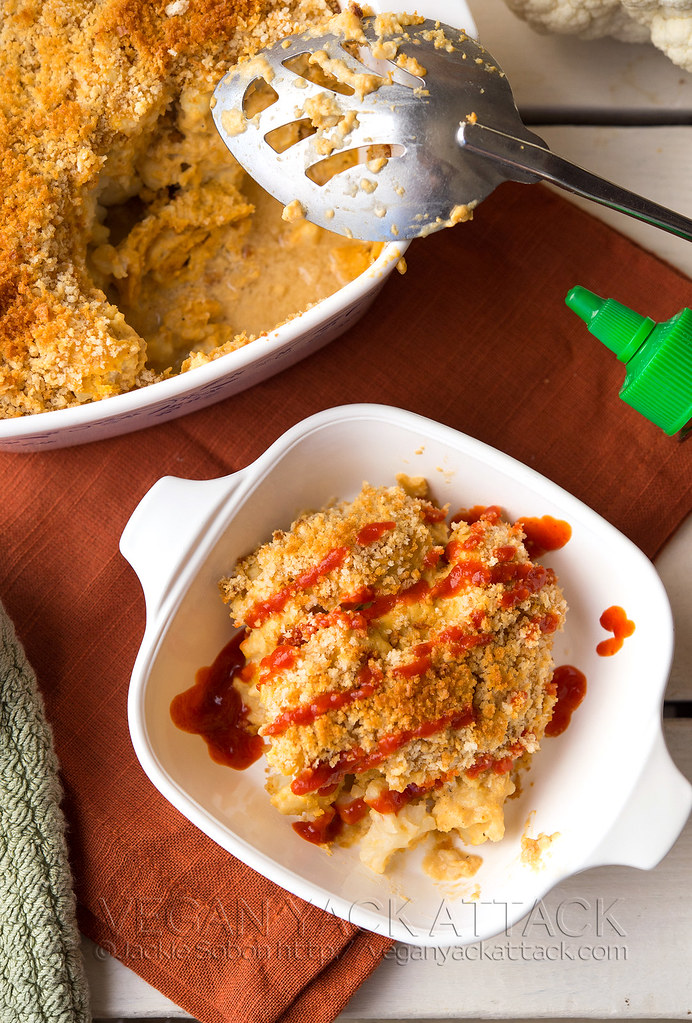 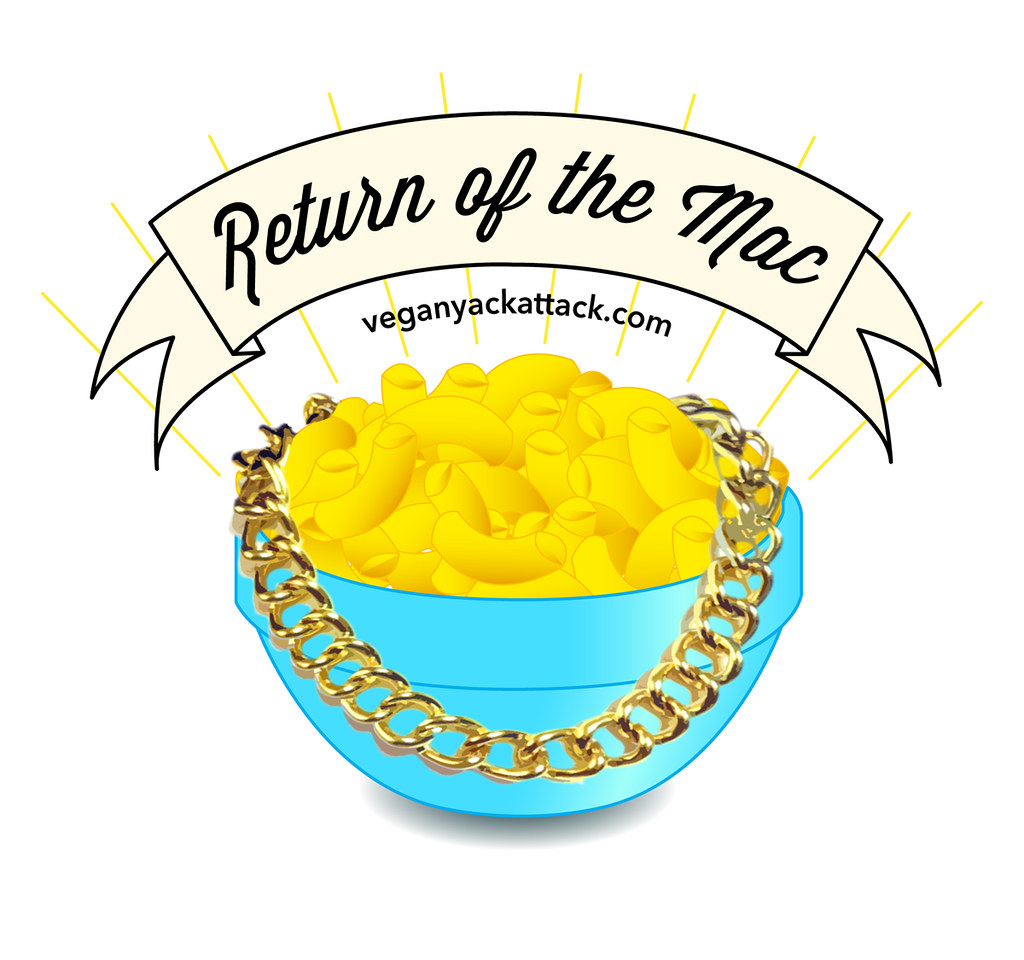