Pressure Cooker Seitan – A hearty seitan roast topped with a red wine mushroom sauce, done quickly in a pressure cooker! Perfect for your next holiday meal. 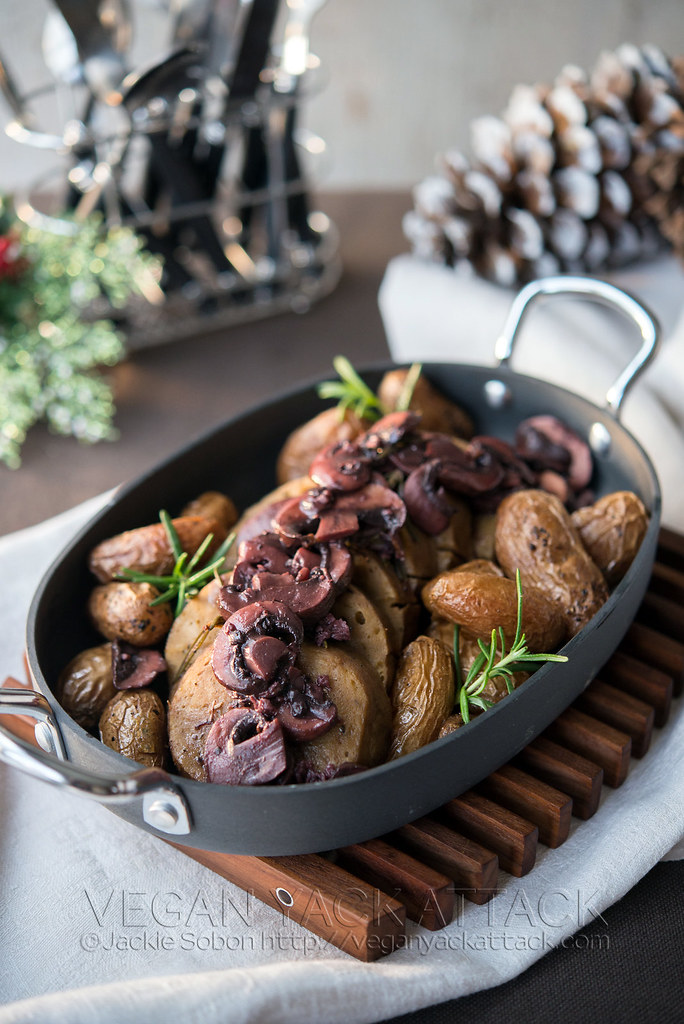 Can I get a drumroll, please? (Drumroll) It’s here! The last giveaway of the year. This time, you all have a chance at winning a T-Fal Clipso Pressure Cooker and the useful Zabada Kitchen Handy! If that doesn’t get you excited, I’m not sure what will. And if you’ve been out of the loop because of holiday craziness, make sure to check out the THREE other giveaways that I’m hosting right now! 1: #vyatreatyoself, 2: YumUniverse cookbook giveaway, and 3: Massel Bouillon Prize Pack. 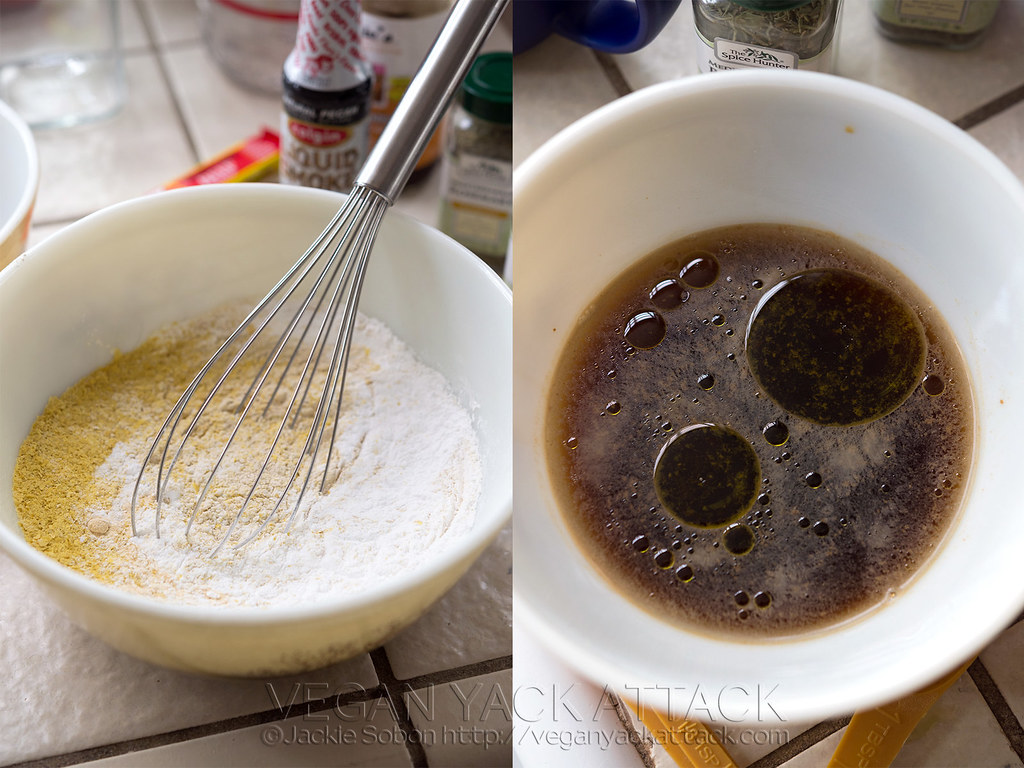 Now, let me say a little bit about my experience with this pressure cooker. I actually bought a different model from Fagor almost a year ago and have used it once. So, I’m not experienced with these AT ALL. But, was I excited to get another pressure cooker? Hell yeah! Once the Clipso showed up on my doorstep I excitedly opened it and was impressed with the quality of construction. This thing is heavy-duty. Not to mention, the awesome one-handed, latching system that really is a push of a button and that lid is locked on. I flipped through the instructions to make sure I had the basics down as far as cleaning and operating went. Then I started plotting what I was going to make in it. 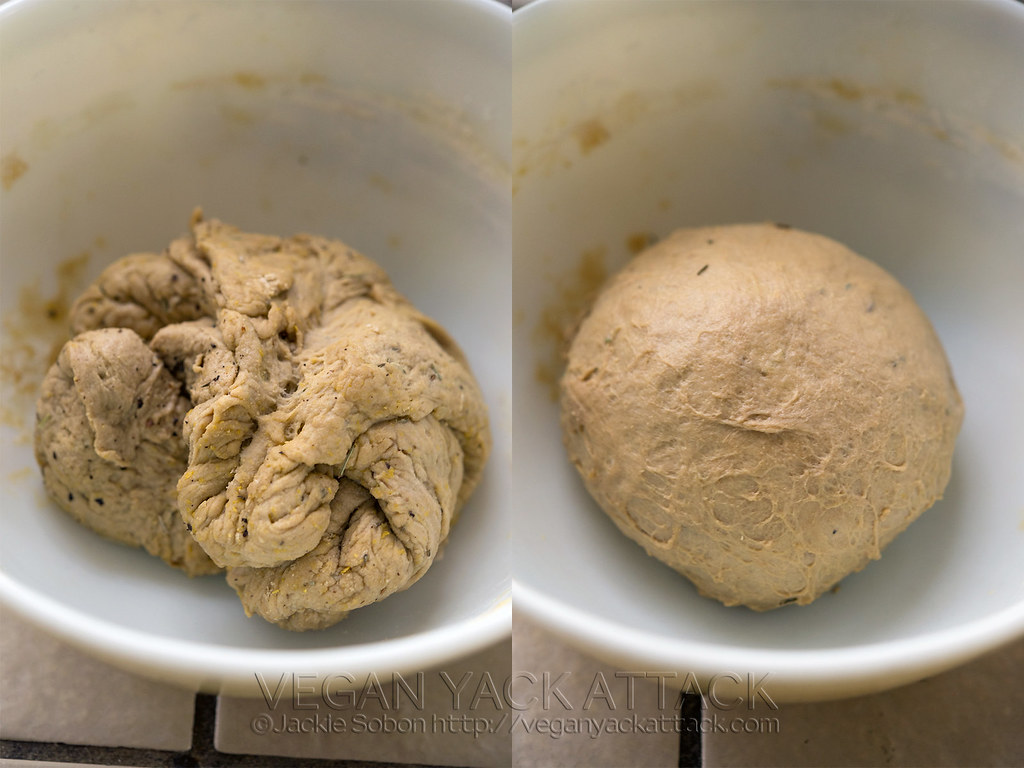 I was chatting with my good friend Joni about all of the pressure cooker possibilities and how my mind was pretty stuck on grains and beans or maybe winter vegetables and squash. Then she suggested pressure cooker seitan. Say what? That’s brilliant! I went on to look at some tips from The Blissful Chef and Vegan Epicurean on times, and used my Stuffed Seitan Roast recipe with some minor changes. Naturally, I wanted to make it a wow-worthy dish for the holidays, so I thought that a simple and fancy red wine mushroom sauce would be perfect to top it off. 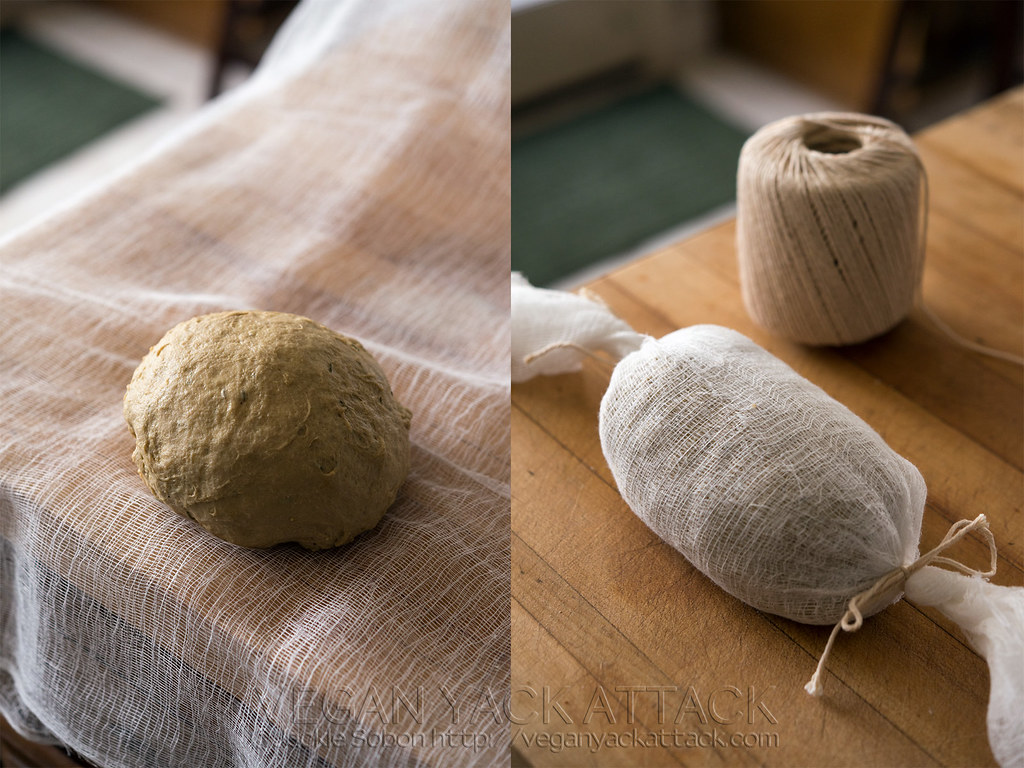 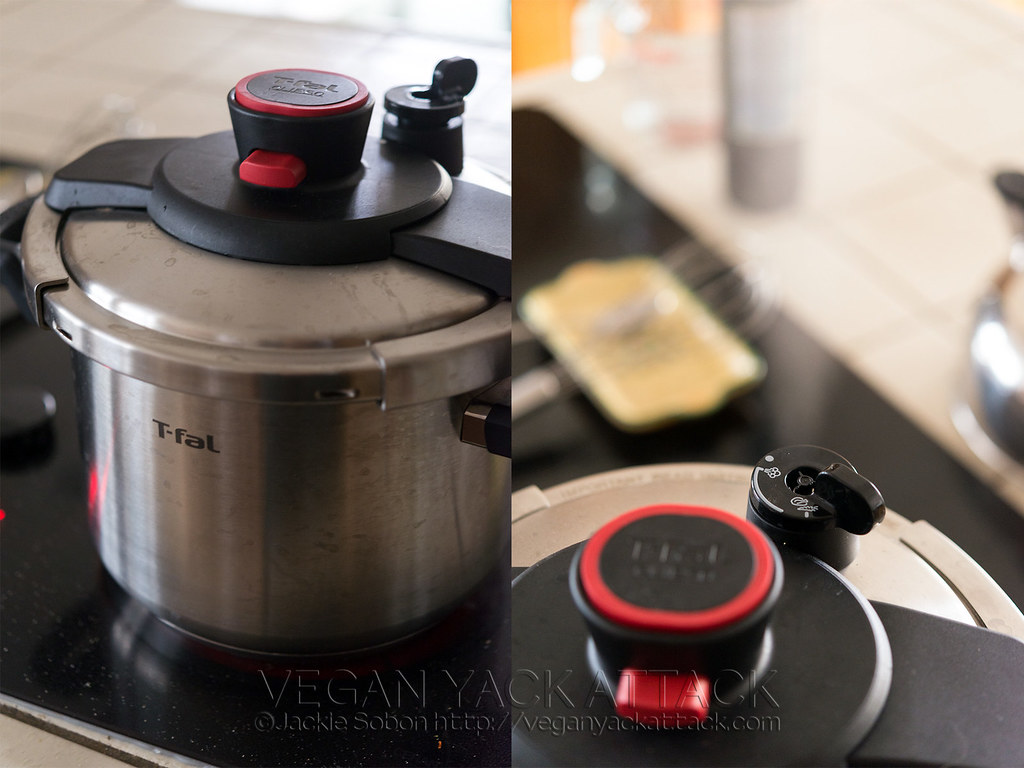 Honestly, I love making seitan because it is so damn easy. The only problem with big roasts is that they can take up to an hour or so to fully cook, and then you may have a slightly drier end result. After making this roast in the pressure cooker in just about 30 minutes, I’m SOLD. Unless I’m making sausages or something smaller, I can see this being the only way I make it from now on. The pressure cooker seitan turned out flavorful with a great texture and an even cooking throughout, maybe just a little softer in the center but I liked that about it. 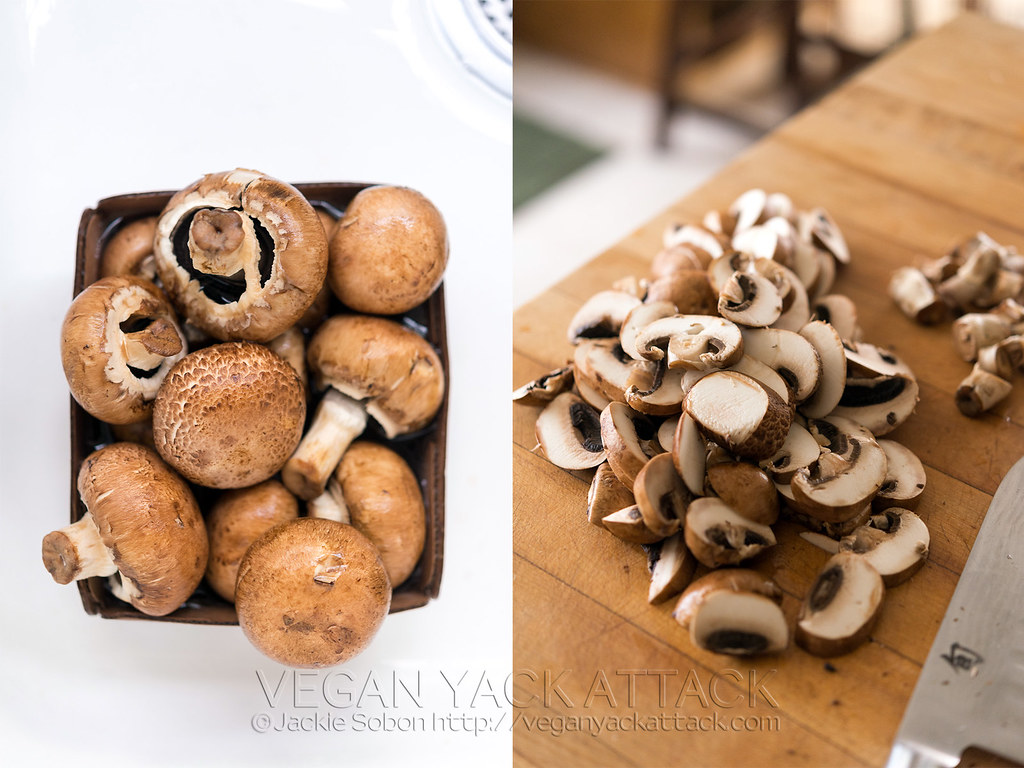 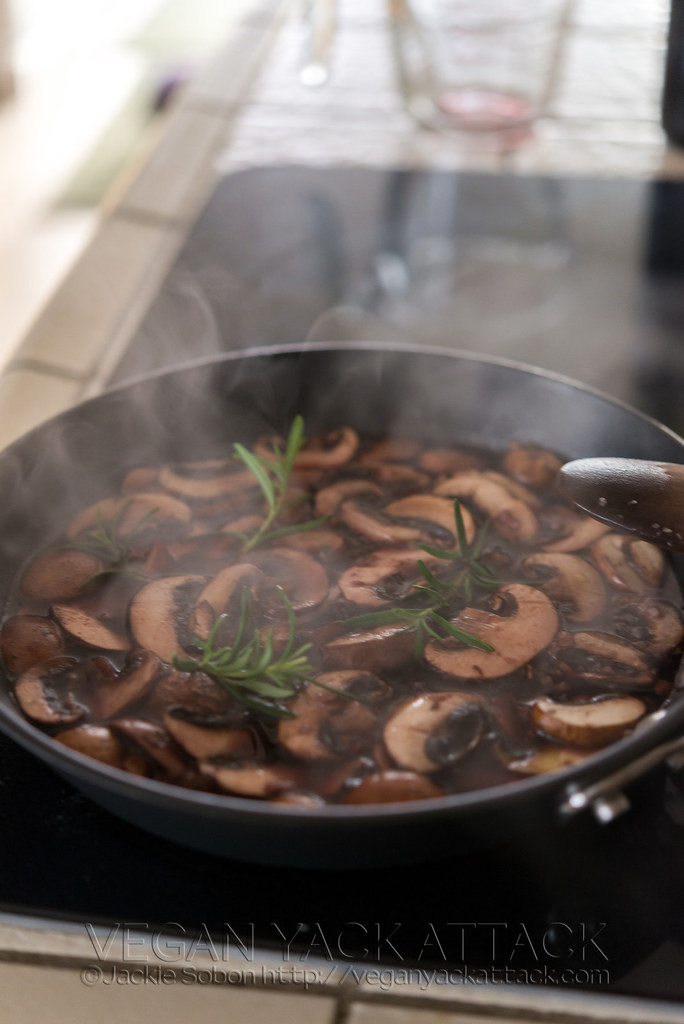 I can’t wait to try out different seitan flavors and applications in my pressure cooker, now! I must mention that there was quite a bit of cooking broth mixture left over in the pressure cooker so I saved it in a container to add to soup bases for more flavor. Wins all over the place! 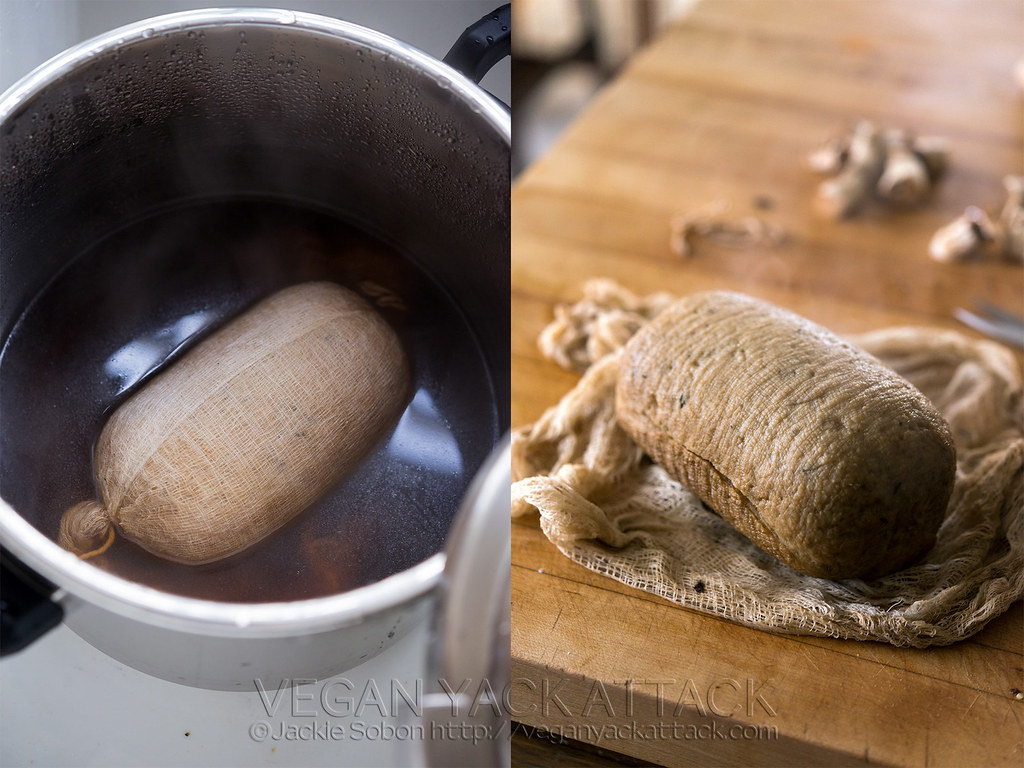 Check out the pressure cooker seitan recipe below and definitely keep it in mind for your upcoming Christmas dinners. Like I said, a beautiful seitan roast in 30 minutes! Plus, roasting some fingerling potatoes and making the wine sauce while the roast is cooking, works for reducing time spent in the kitchen and it’s all ready at the same time. 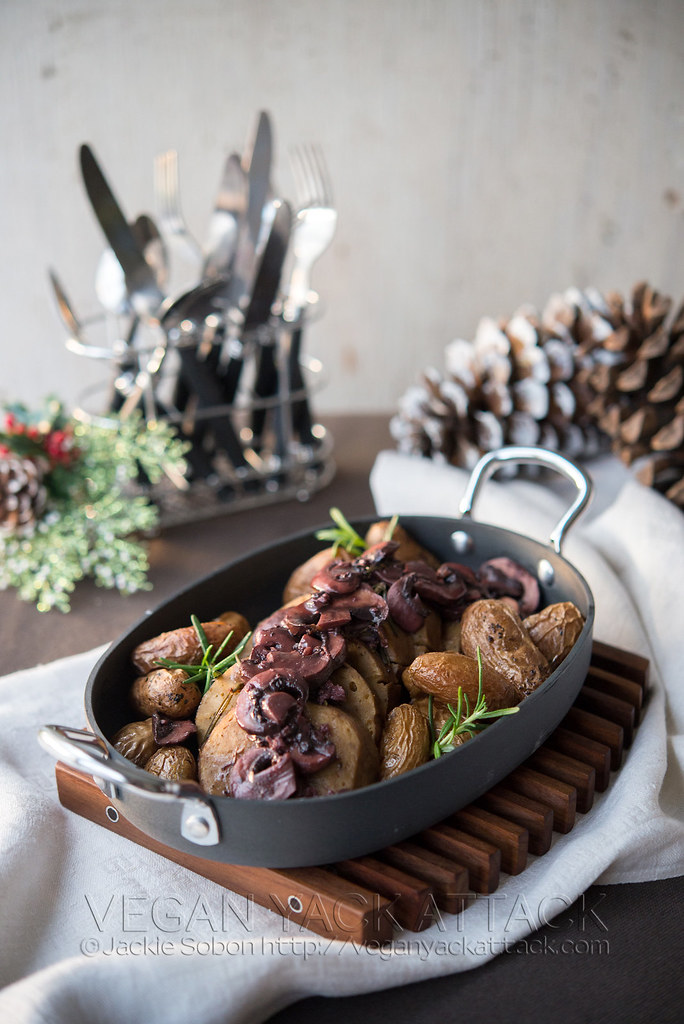 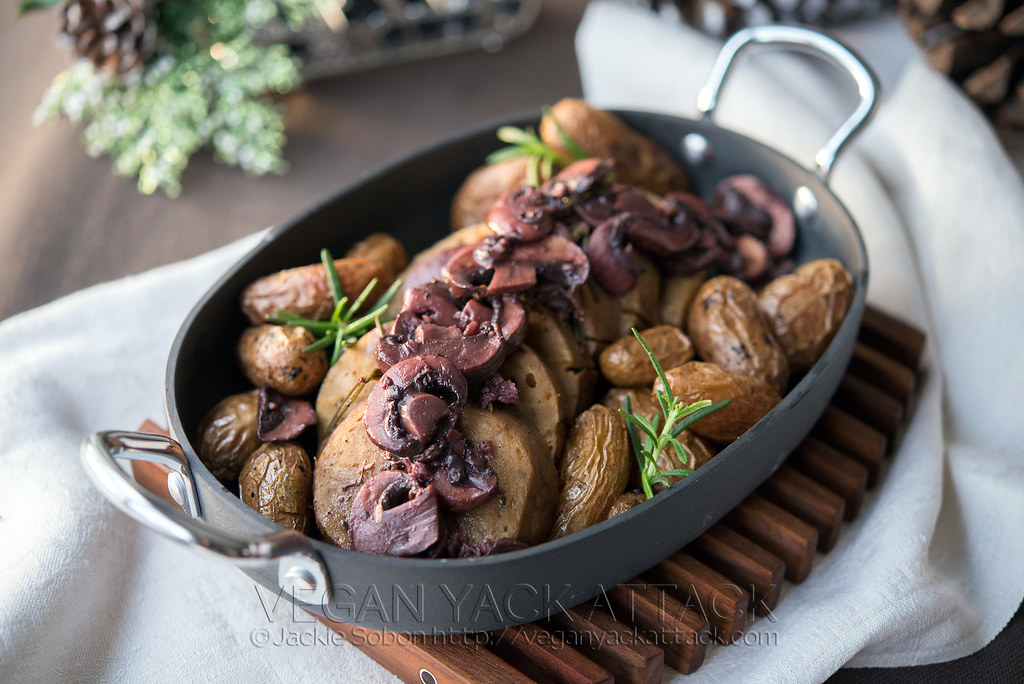 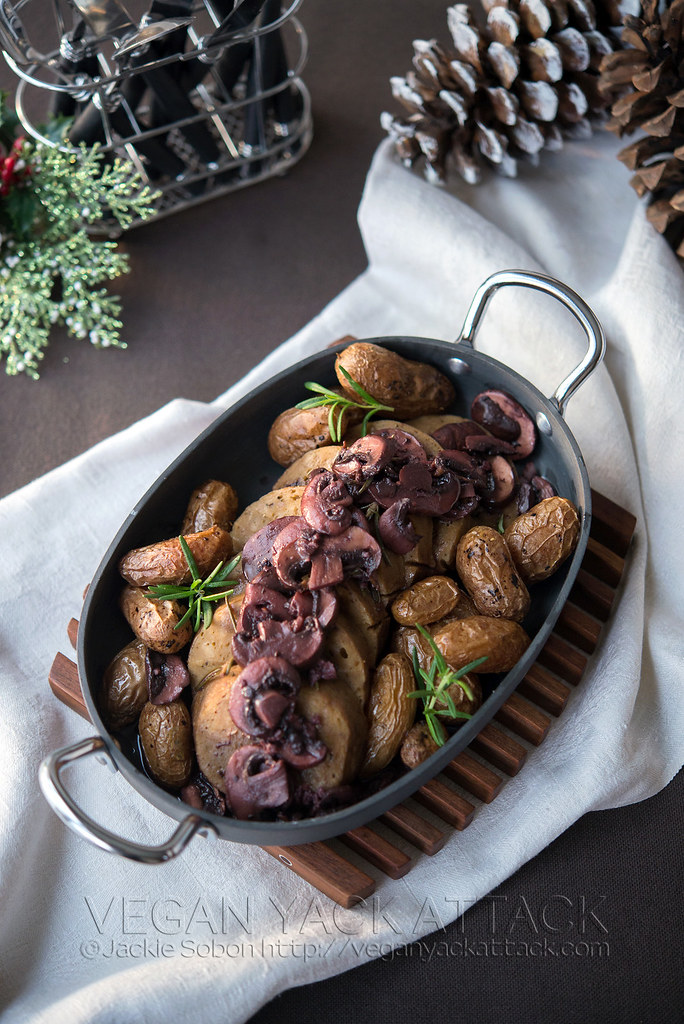 Full Disclosure: These products were sent to me to review and giveaway, I was not compensated. All opinions are honest and my own!

← Veggie Frittata Bites and a Giveaway!
Healthy Recipes for the New Year! →