Shopping for other people can be either the best thing ever, or the most confusing and frustrating thing ever. Typically, what I like to do is when I’m spending time with a close friend or family member and they mention something they like, I put it into a note in my phone to use during this time of year, or for birthdays. Now, for the others, it can be challenging; even more so if you’re not vegan and shopping for someone who is! So, here is my Vegan Gift Guide to make it a little easier on you. 😉 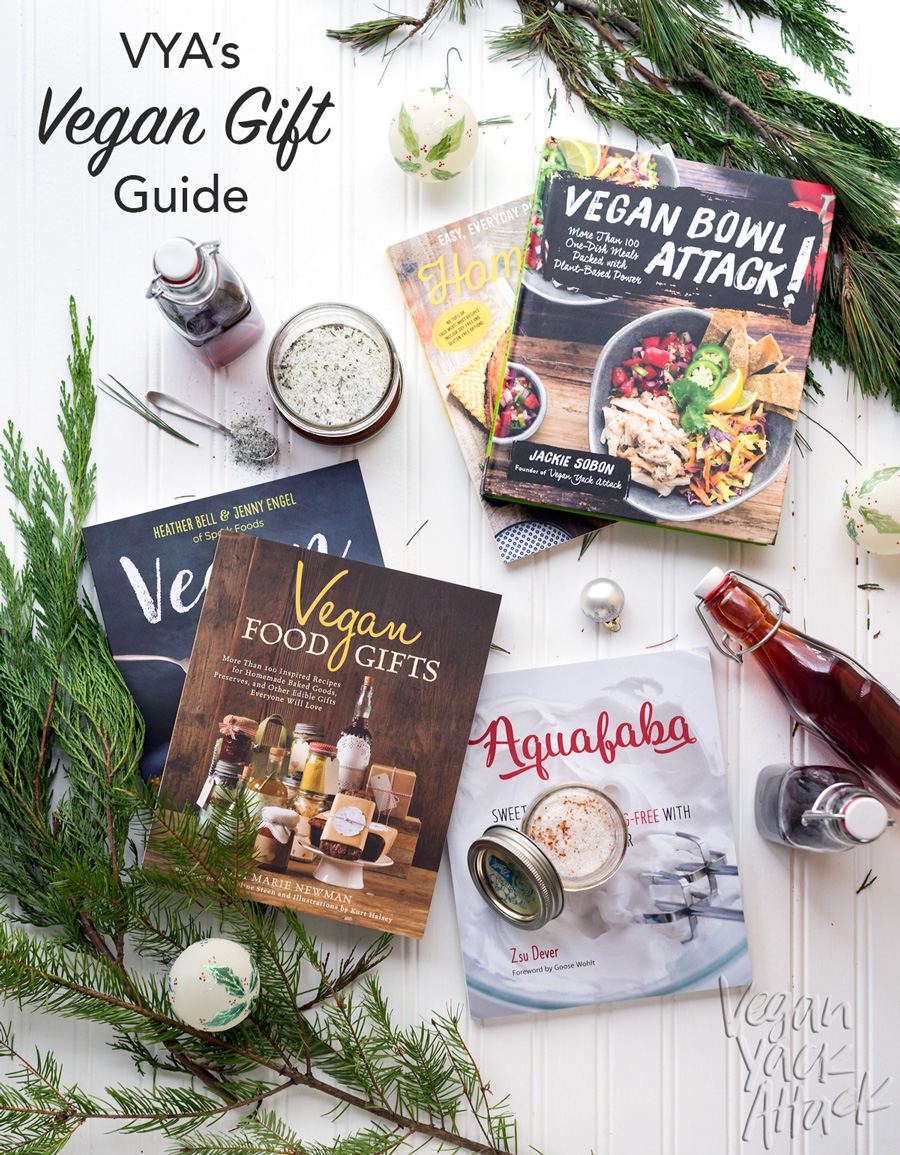 Now, I love making super special gifts for people, which is why I’ve included a few DIY options for those looking for a slightly cheaper/more unique gift idea. It is also why I’ve included the awesome Vegan Food Gifts book, by Joni Marie Newman. Plus, I’ll be giving a copy away to one lucky winner (at the bottom of the post); talk about happy holidays! 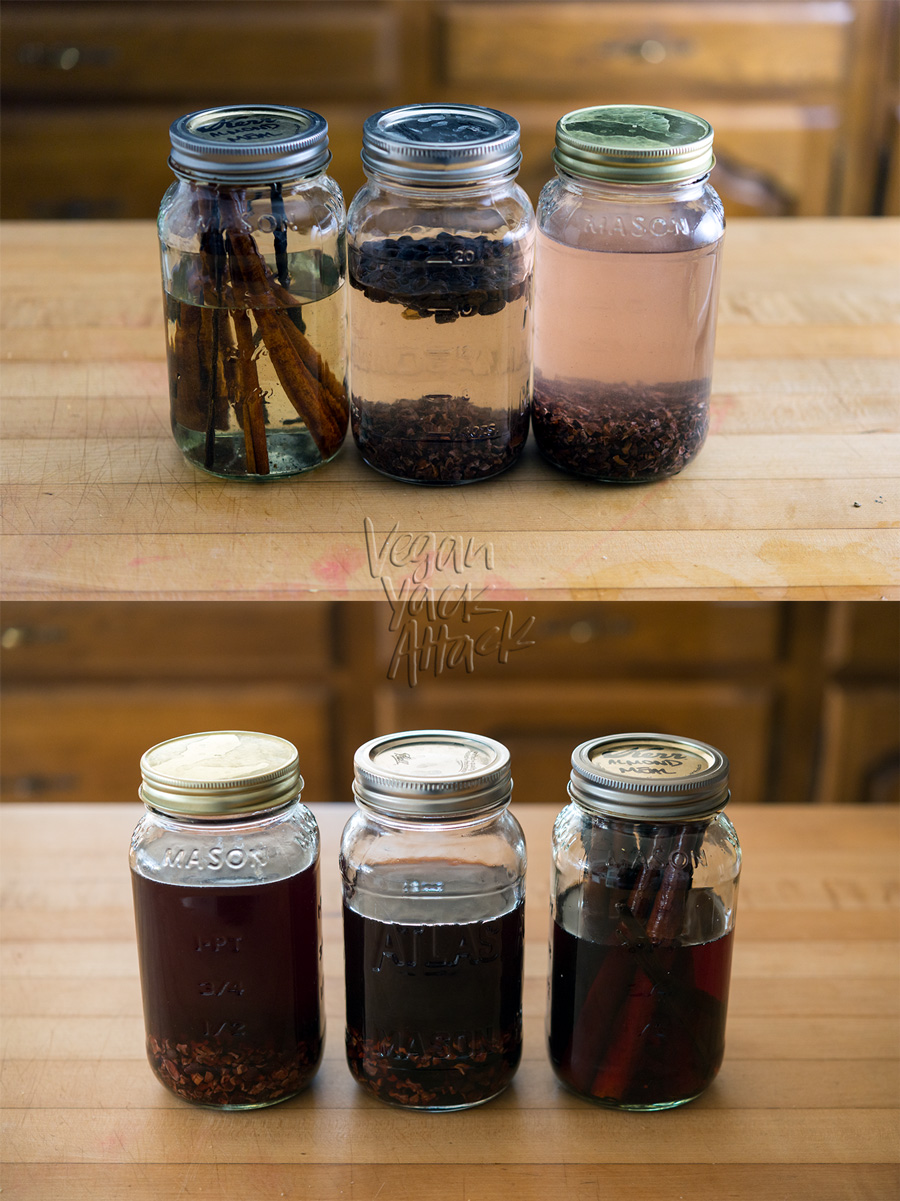 One vegan gift idea that I’ve been making for a couple of years now, is for flavored vodka! I make Chocolate Vodka using Fran Costigan’s recipe from her amazing Vegan Chocolate cookbook, and my boyfriend’s mom is pretty obsessed with it. This year, I branched out to try a Mocha variation (go light on the coffee beans as they are POTENT!), and a cinnamon vanilla version, with used up vanilla pods from other recipes. Then I go to World Market and buy some cute bottles to gift them in! (as pictured below) 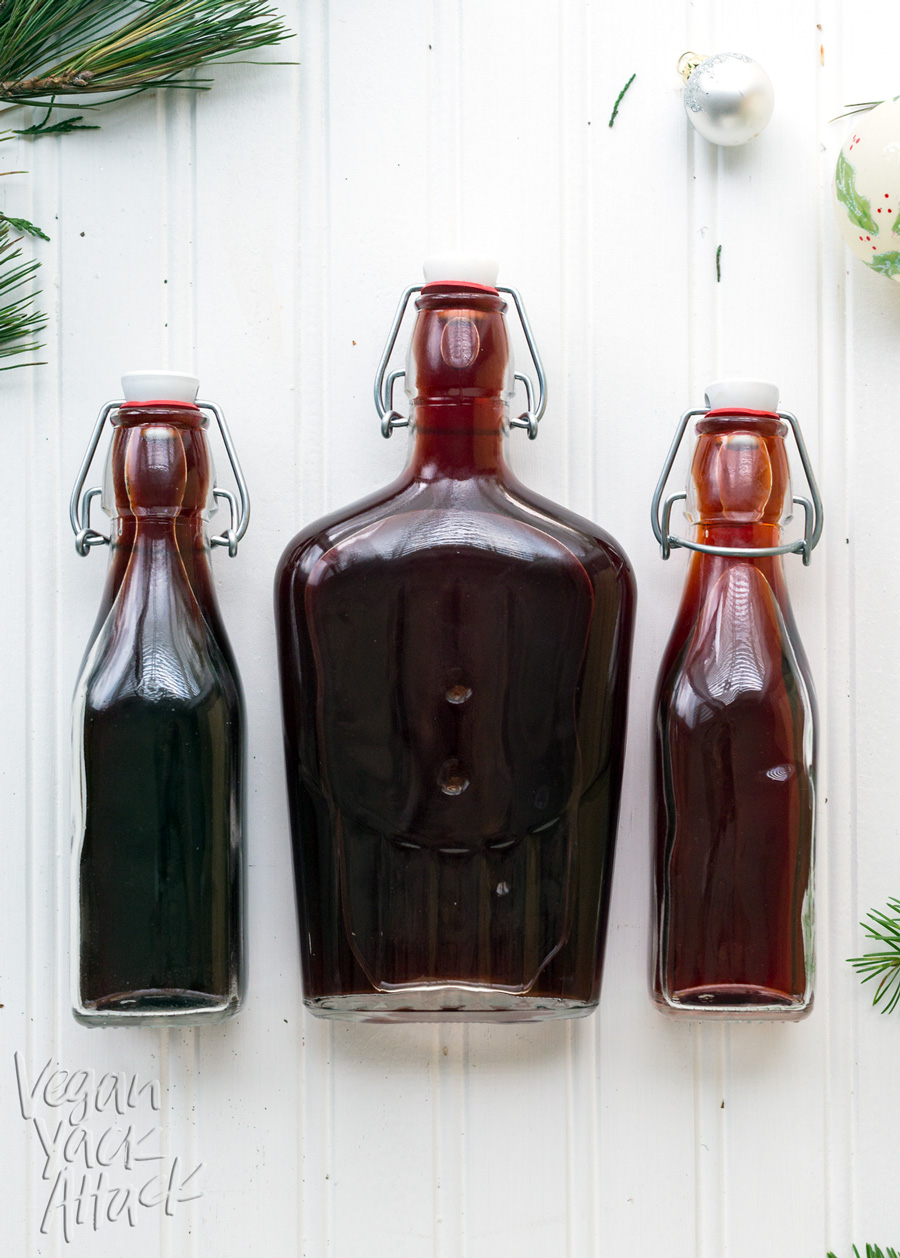 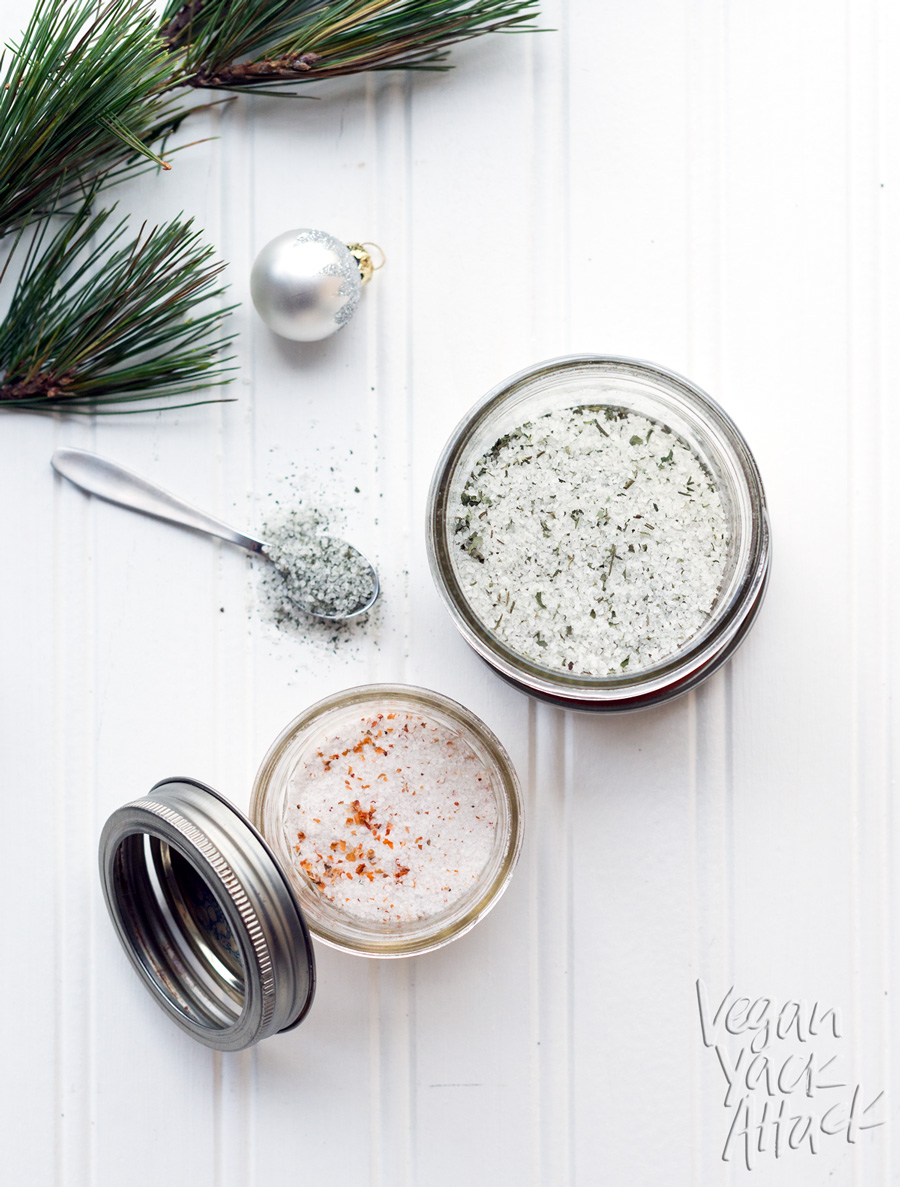 Another idea is to dry fresh herbs and other ingredients to make specialty salts for your creative culinary friends! I dehydrated a couple of ghost peppers and ground them up in a small coffee grinder, then pulsed them with 1/4 cup of coarse sea salt for a fiery finishing salt. For another version, I was inspired by my surplus of herbs from the garden to make the recipe below! (though you could use dried herbs from your pantry, as well).

Maybe it’s just me, but I don’t mind being caffeinated while having smoother skin. 😉 Or you could be less selfish and give the scrub to a cool friend for the holidays! Try out this Mint Mocha Cold Brew & Body Scrub for a win-win all around. 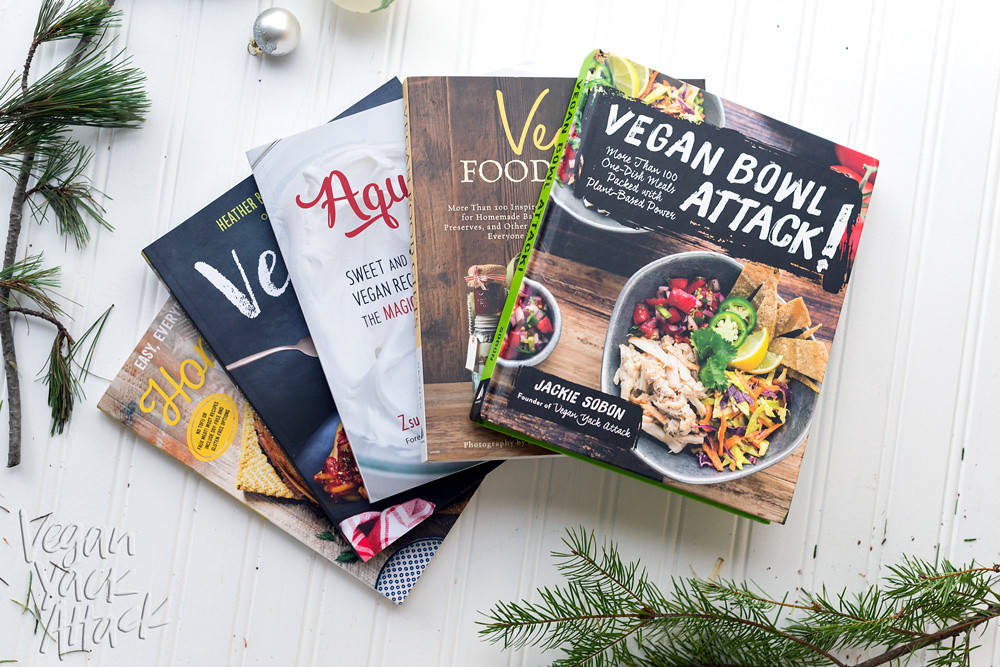 I would be remiss if I didn’t suggest some of my favorite cookbooks from this year! Of course I’m including my book baby, as well.

And if you’re looking to send someone gifts to pamper them, or if your loved one is into all things vegan, check out Vegan Cuts! They have a variety of subscription boxes (like their snack box), or one time boxes like their seasonal make up box (as pictured above). Lastly, in their shop you can find great deals from all kinds of vegan brands, from purses to protein powder. To end your vegan gift guide, here are a couple more suggestions!

Hopefully you found my vegan gift guide useful! Good luck this holiday season and don’t forget to enter the giveaway, below!


This post contains affiliate links. Purchasing items through these links sends a little percentage my way, which helps to keep this blog running! Thank you for your support. 🙂