Aside from these Blackberry Cheesecake Popsicles, there may or may not be a few more blackberry recipes coming your way! Why? Well, if you follow me on instagram, you’ve seen my garden updates. And within those garden updates, is a blackberry bush gone WILD. Every year it sprouts back up and produces maybe 20 berries. This year, I’m assuming because of all of the rain, it is the gift that keeps on giving. I’ve pulled at least 4 pints already! 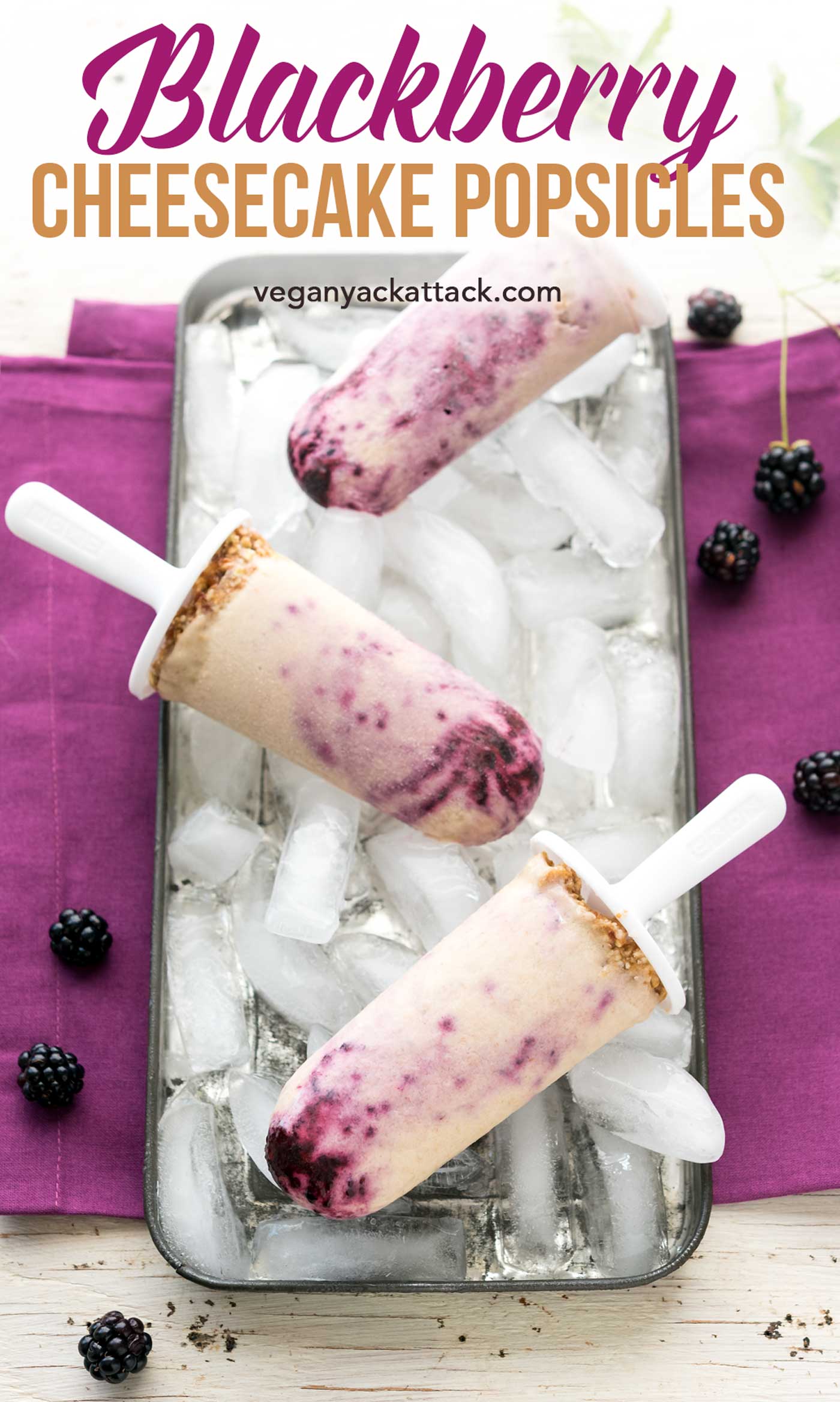 That being said, I took a poll for some suggestions, or recipes people may be interested in. I got quite a few people who chimed in “cheesecake!” And while I’ve done quite a few iterations of vegan cheesecake, I have not yet done some summer-friendly popsicles. 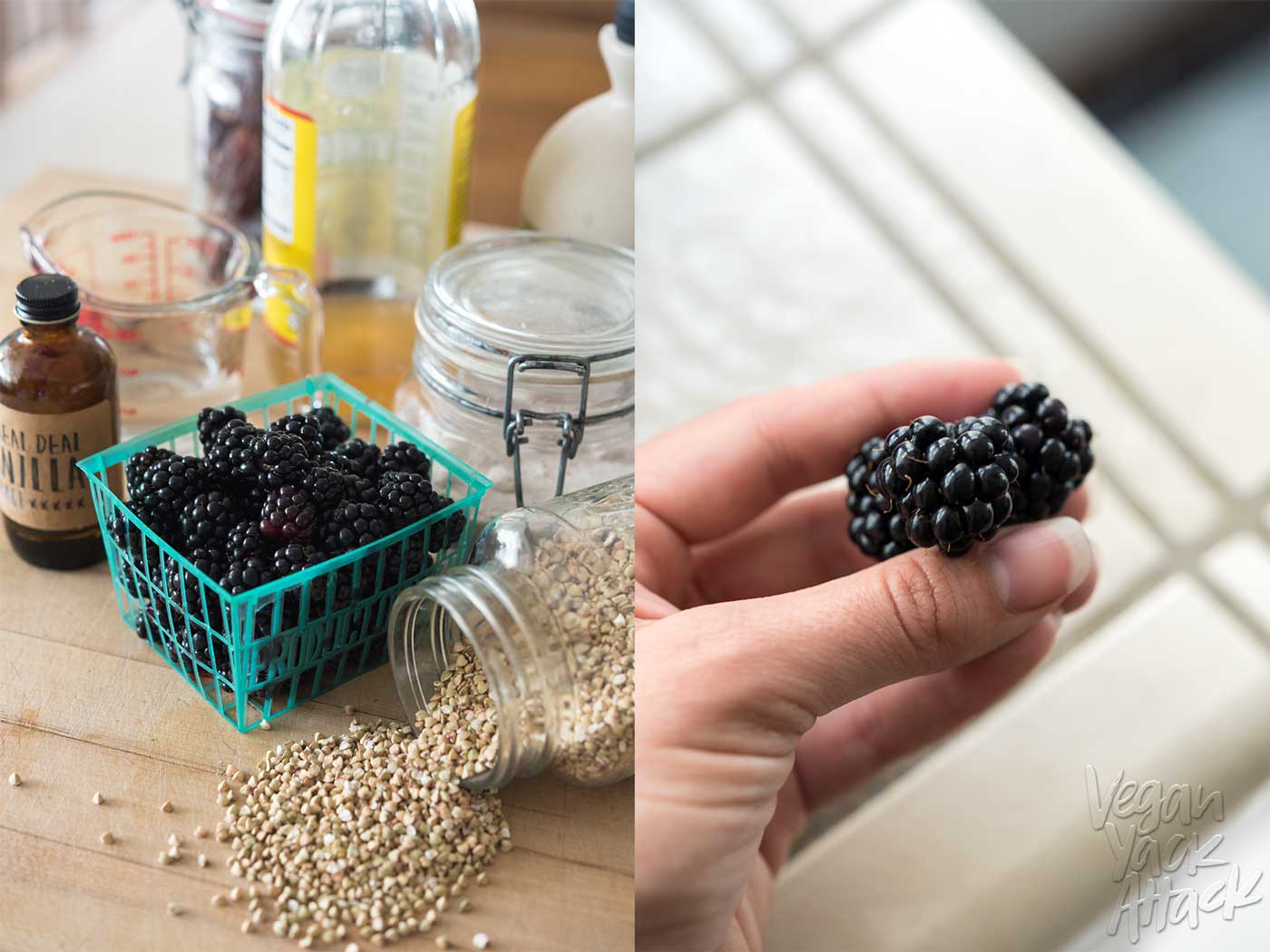 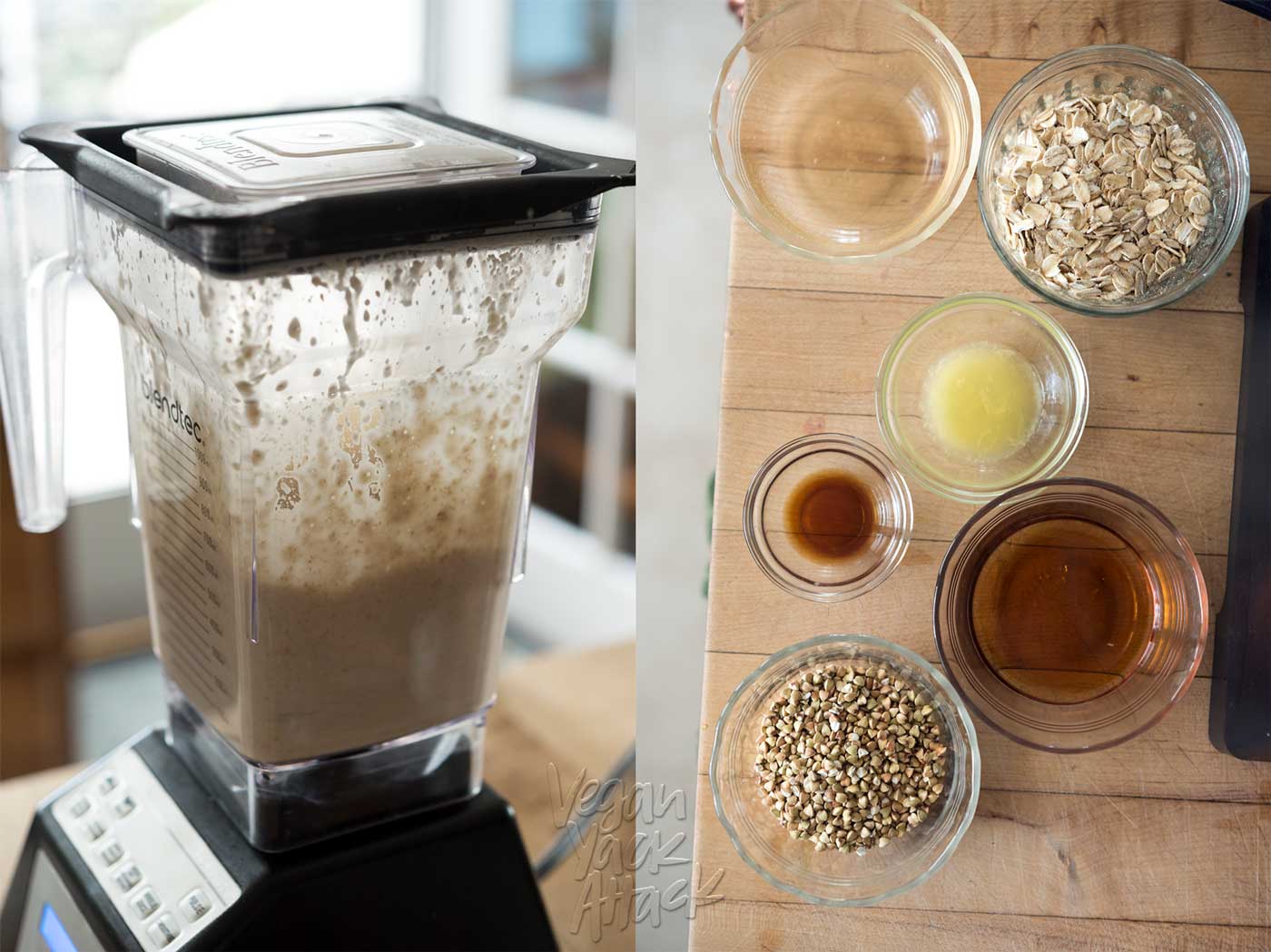 So, here we are, with these ultra-creamy, blackberry cheesecake popsicles. Oh! And I must mention that someone said to do a cheesecake with an oat base. I have never heard of that, but I had the most amazing oat-based, vegan ice cream a couple of years ago. With this inspiration and memory, I thought it’d be really fun to make this recipe super allergy-friendly. That means: no nuts, no soy, no oil, no gluten, no coconut, and obviously no animal products. 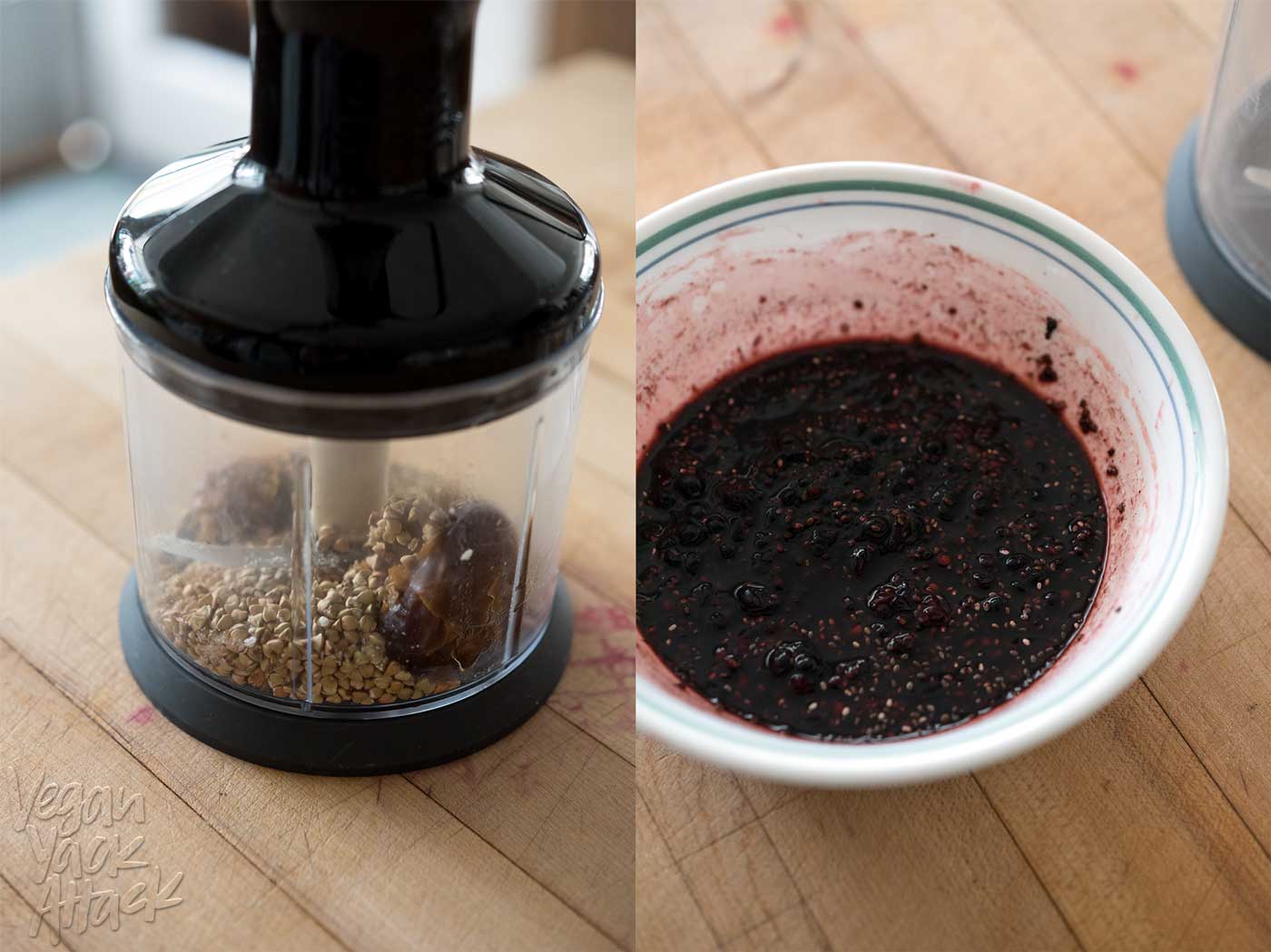 The result was so fun! I will definitely be playing around with oat-based creams and such, in the future. It’s pretty amazing, the texture you get, without any added fat (but, I do love fats). And the swirls of blackberry are a simple combination of the juicy blackberries from my garden, and chia seeds. I used a version of the crust from my Raw Apple Crisp, in Vegan Bowl Attack!, to give a little crunch to these treats. 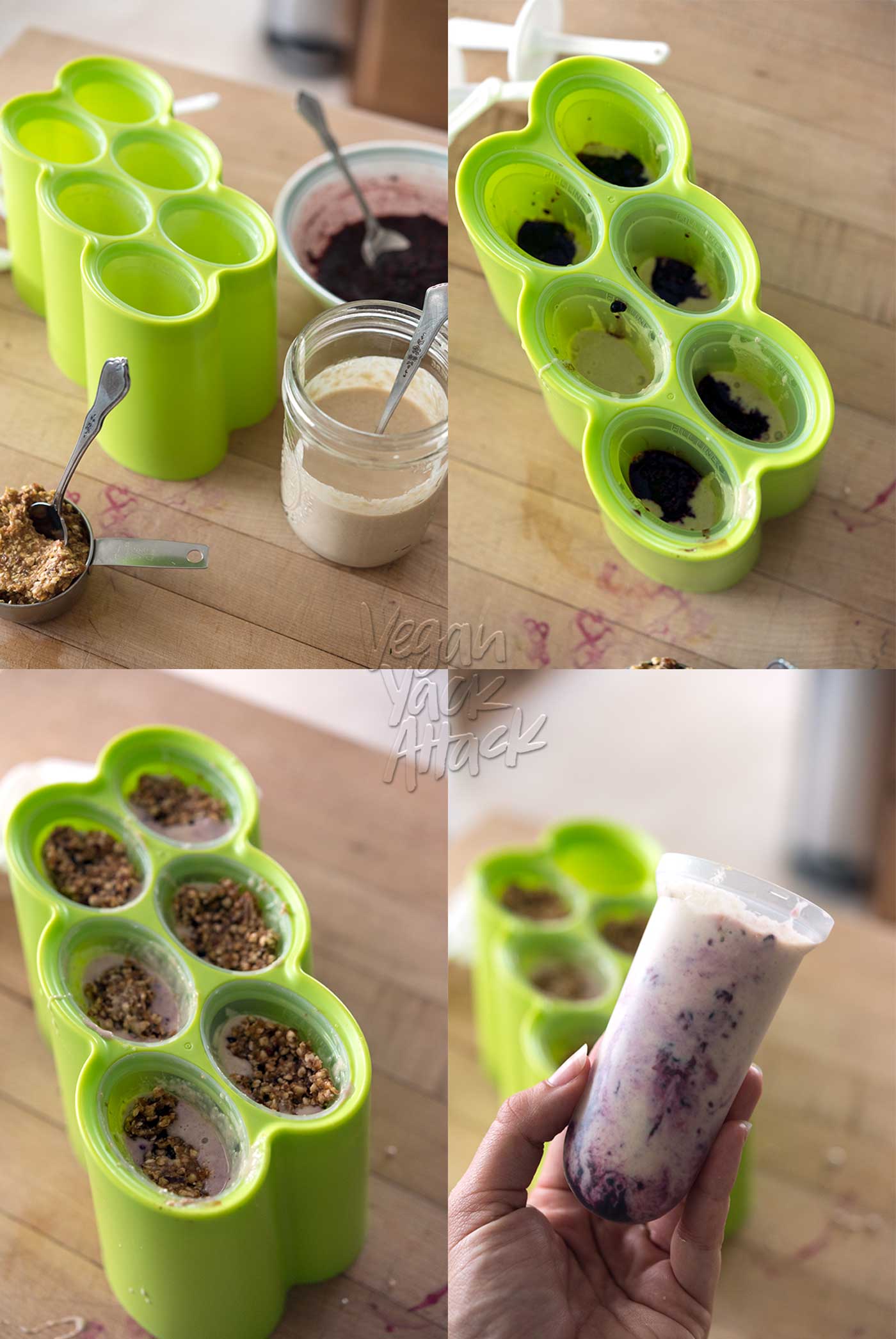 Because I am a glutton for punishment, I decided to make a video for the Blackberry Cheesecake Popsicles!  I’m failing at doing videos consistently, but I’m going to try my best to get at least one done, each month. Hopefully, the video is helpful in making these at home! <3 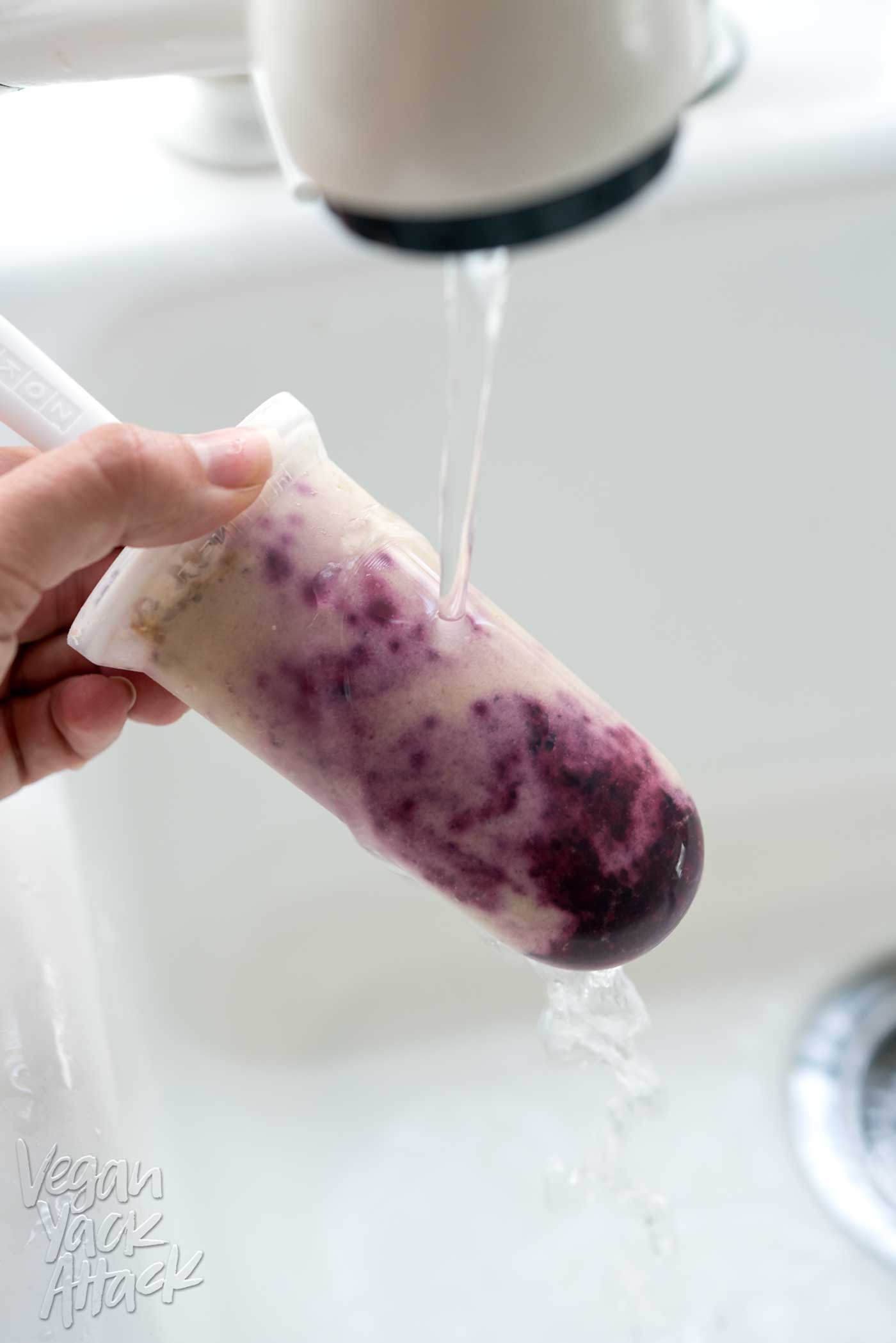 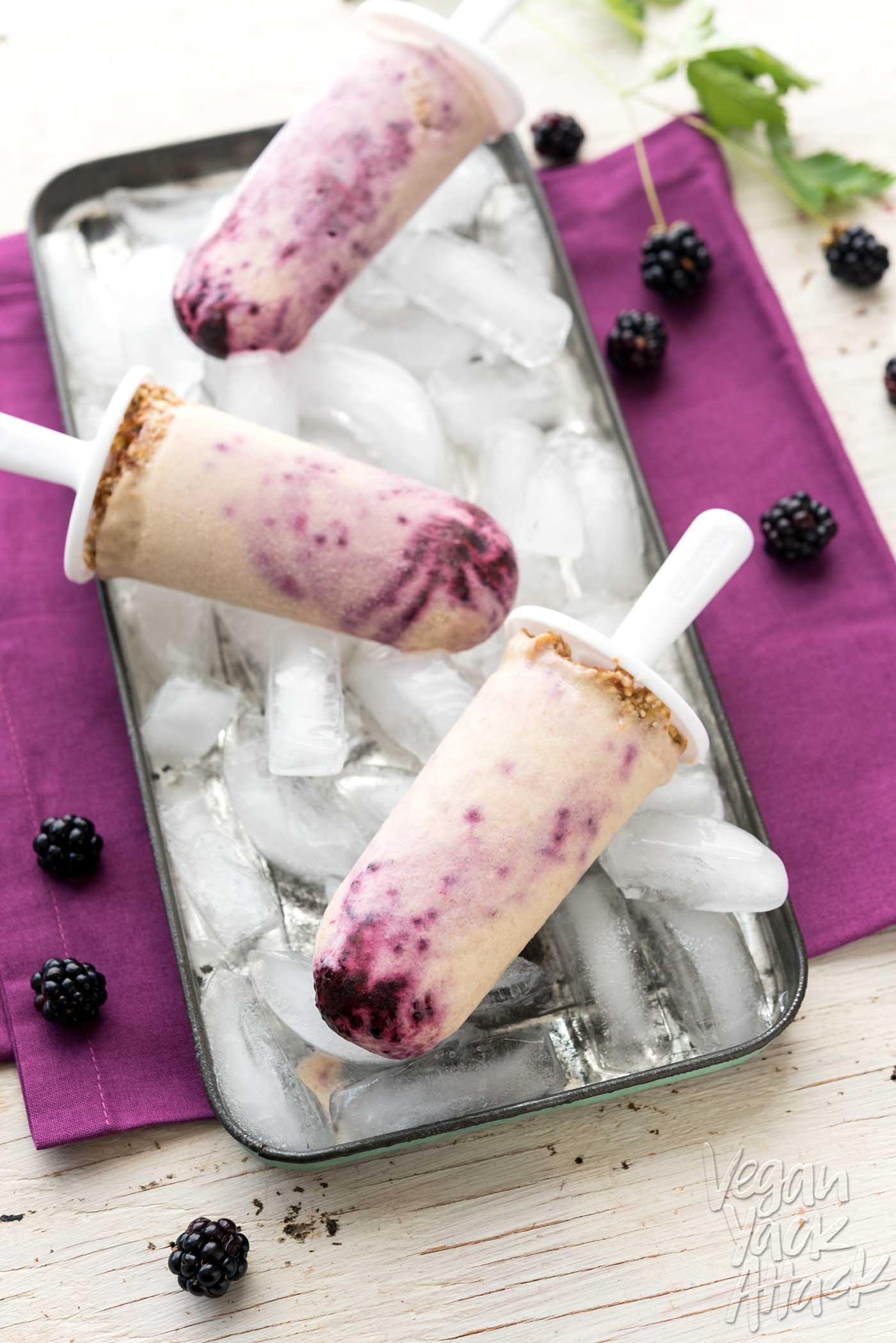 Other options for these Blackberry Cheesecake Popsicles: 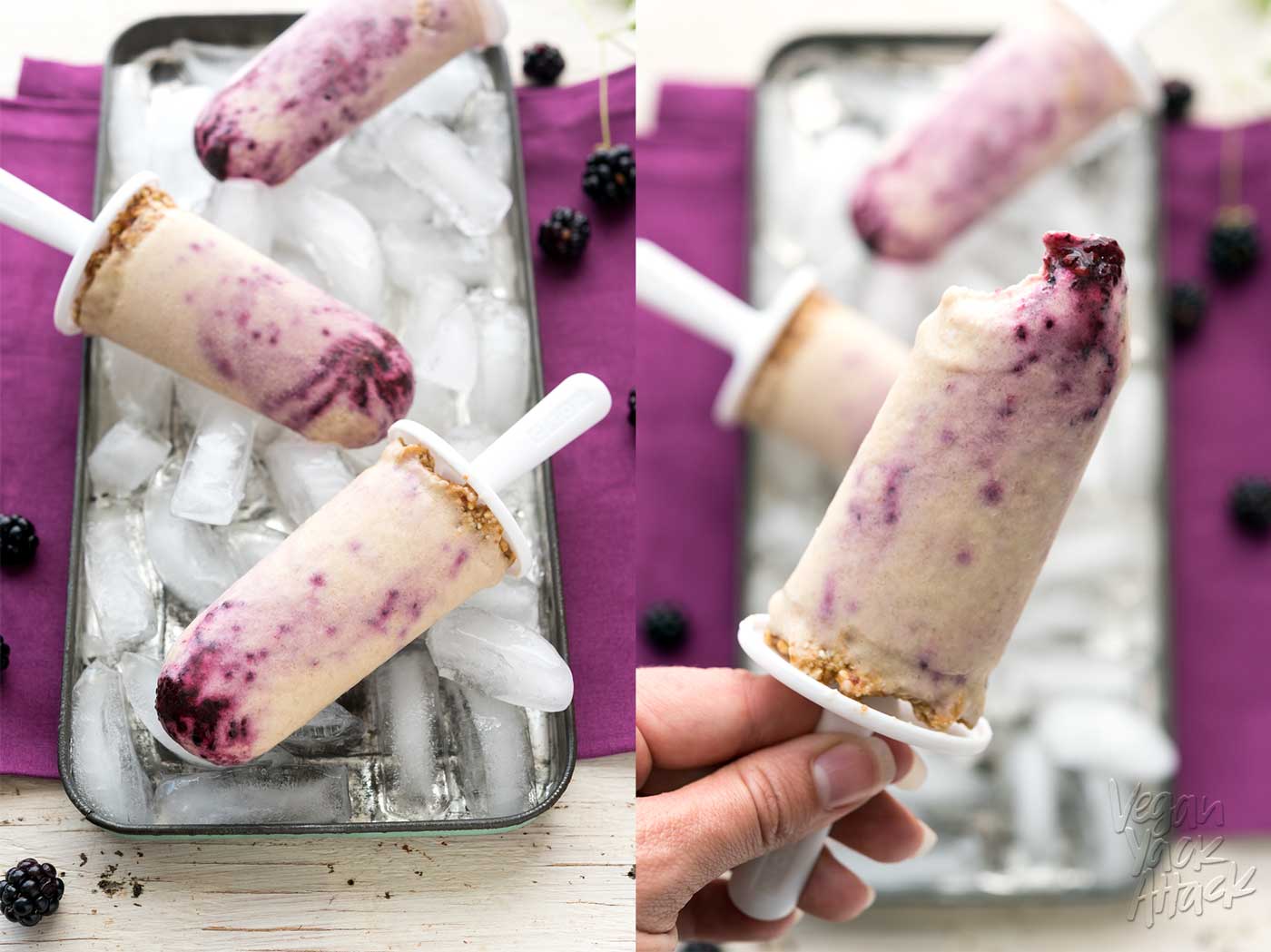