We are nearly half way through December and in the thick of holiday celebrations. This means putting some effort into holding conversations with people you may not know, as well as the folks that you maybe know too well. And while I love bringing baked goods to parties, sometimes you need to bring a cocktail to loosen people up a bit – or just yourself. 😉 That’s where this Iced Cinnamon Whiskey Chai comes in! 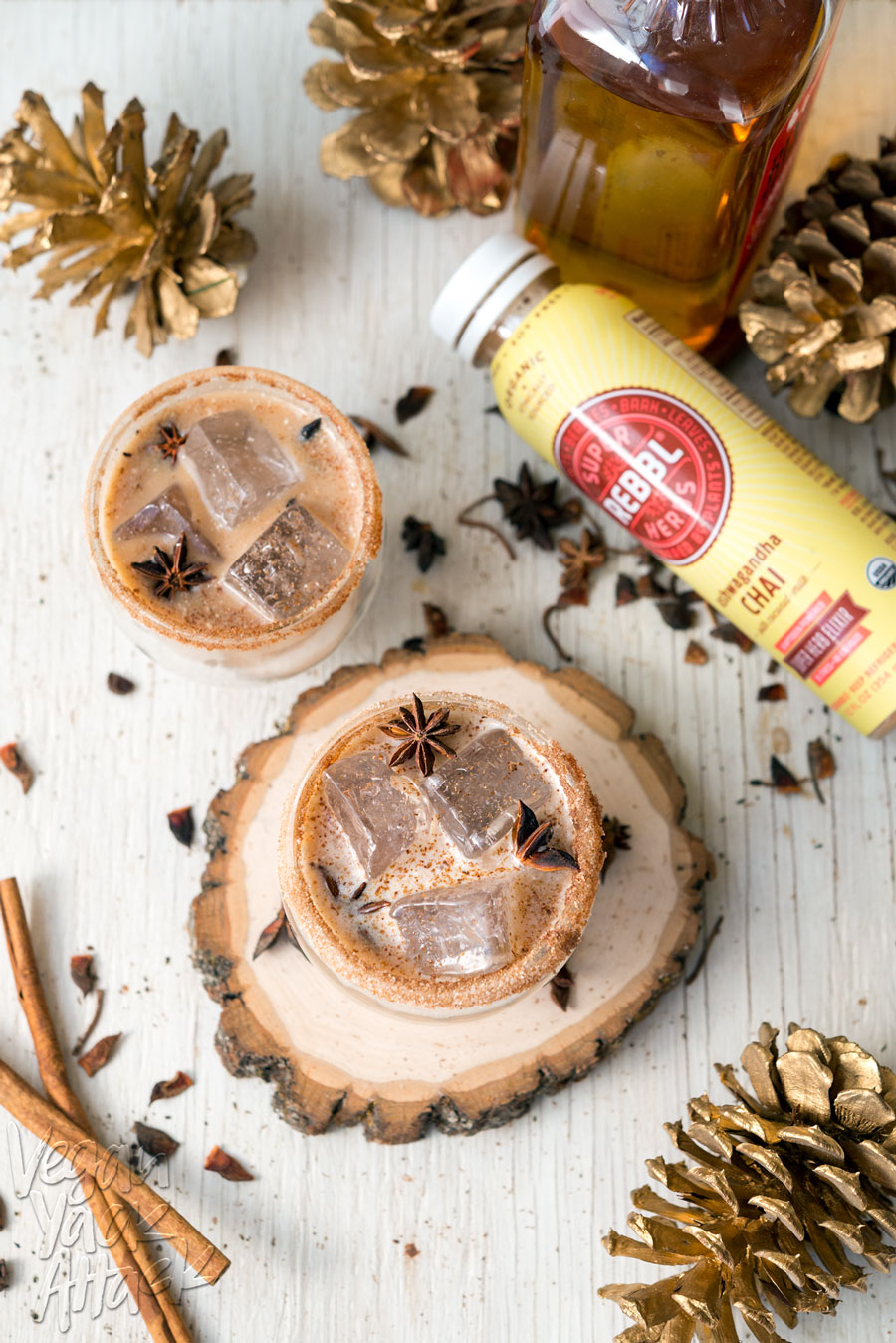 This ain’t your average chai beverage for a multitude of reasons. Firstly, the base of this drink is made from the super tasty Rebbl Ashwaganda Chai Super Herb Elixir.  Rebbl offers delicious beverages in the form of elixirs and protein drinks, with a variety of flavors. All except two are vegan and can be found in most natural food stores, including Whole Foods and Sprouts. (two contain honey) You can use your favorite, vegan chai mix in place of Rebbl, if you can’t find it!

The creaminess of the chai beverage comes from coconut milk, and I added a little more to cut some of the super cinnamon spice from the whiskey. Adding a little stevia or maple syrup makes for a dessert-like vibe, while still being much lighter than say, vegan nog. 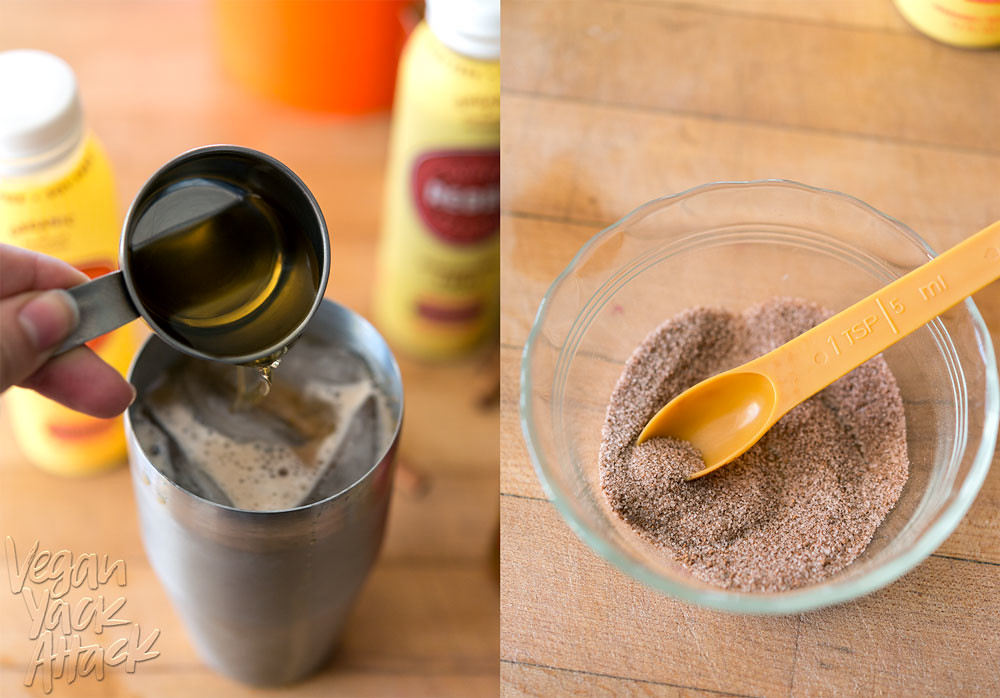 I will definitely be doing more experimenting with Rebbl’s other flavors, as I’m finding myself totally in love with the Maca Mocha and Maca Cold Brew drinks. What can I say? I’m a sucker for maca and coffee. A couple more things I love about these drinks is that they use organic ingredients, fair trade when possible, and that they’re ingredient lists are made up of whole foods. 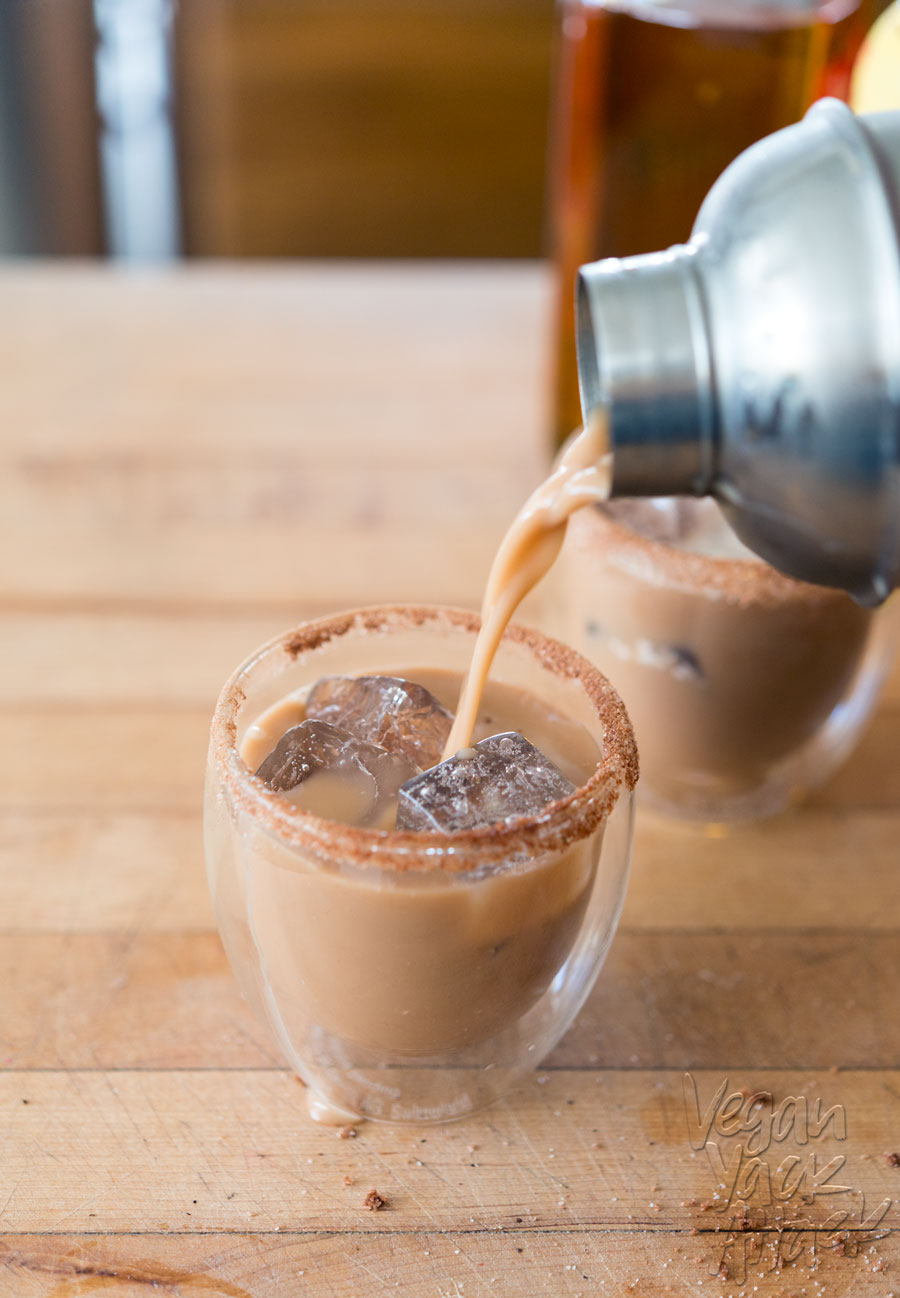 I mean, if you’re going to get a lil’ boozy, why not throw some nourishing ingredients in there at the same time? And a tip for you, I used Barnivore to find a vegan cinnamon whiskey, as some brands are not. 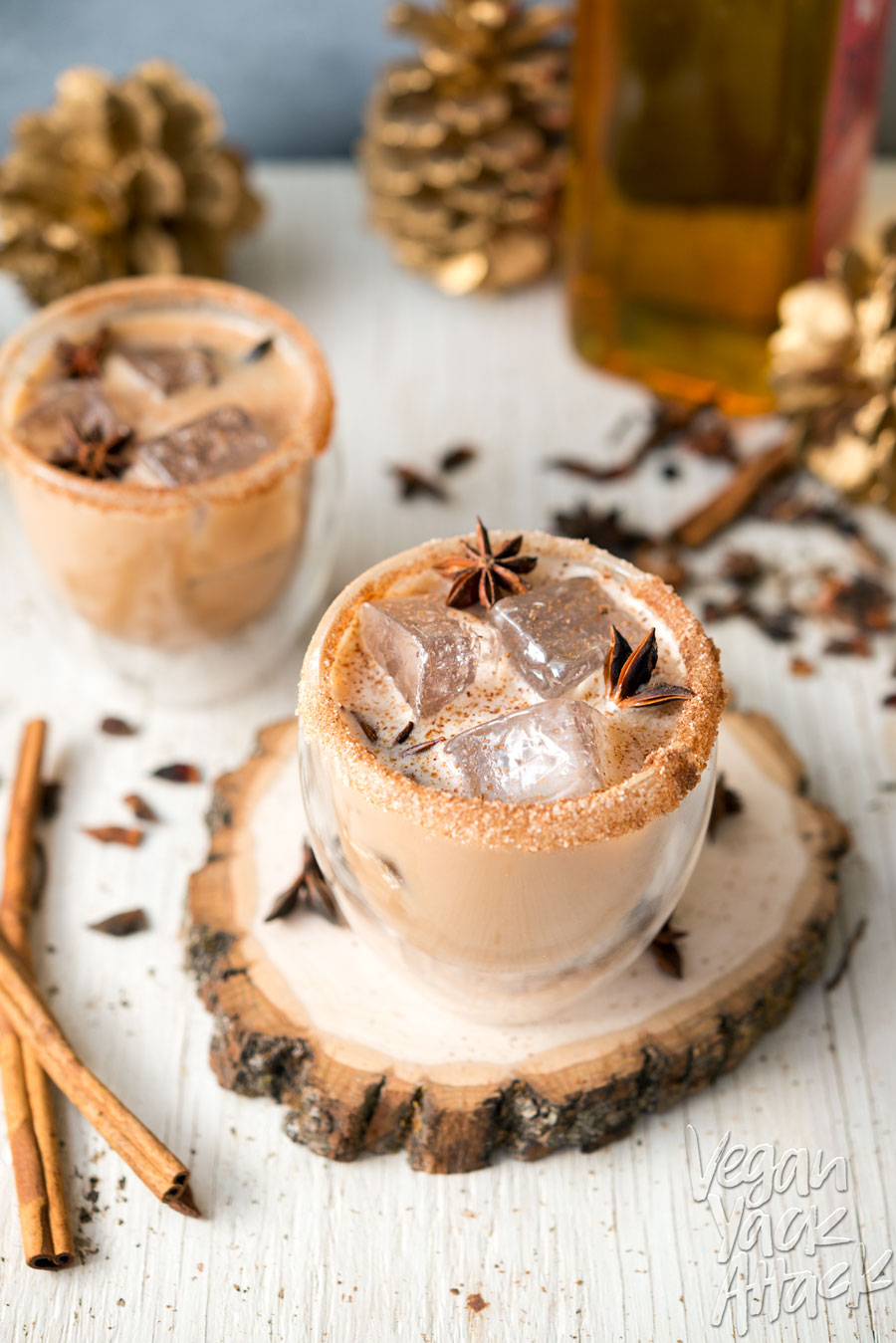 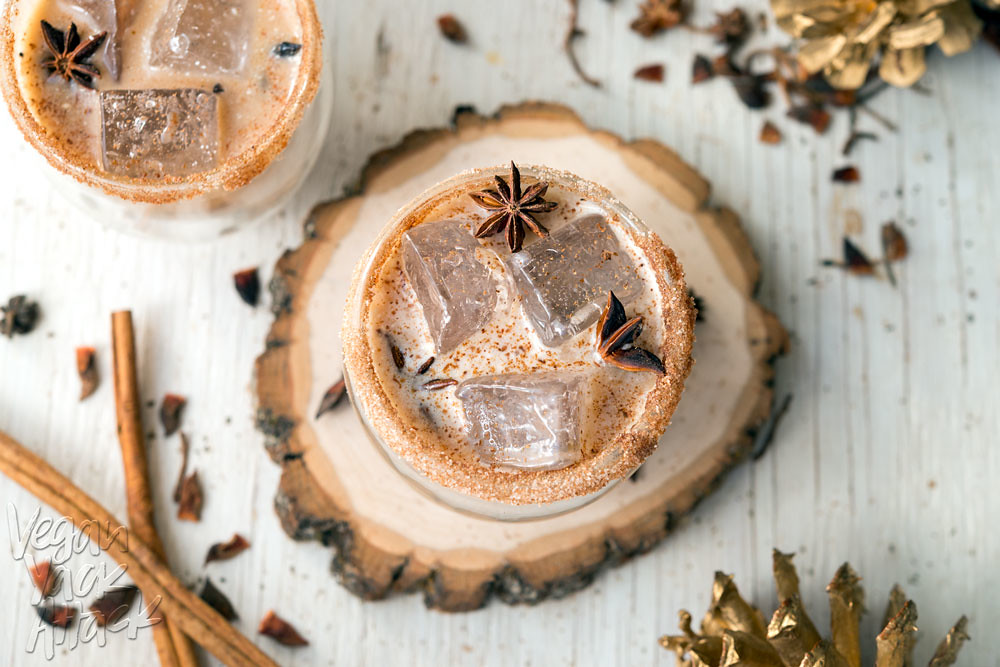 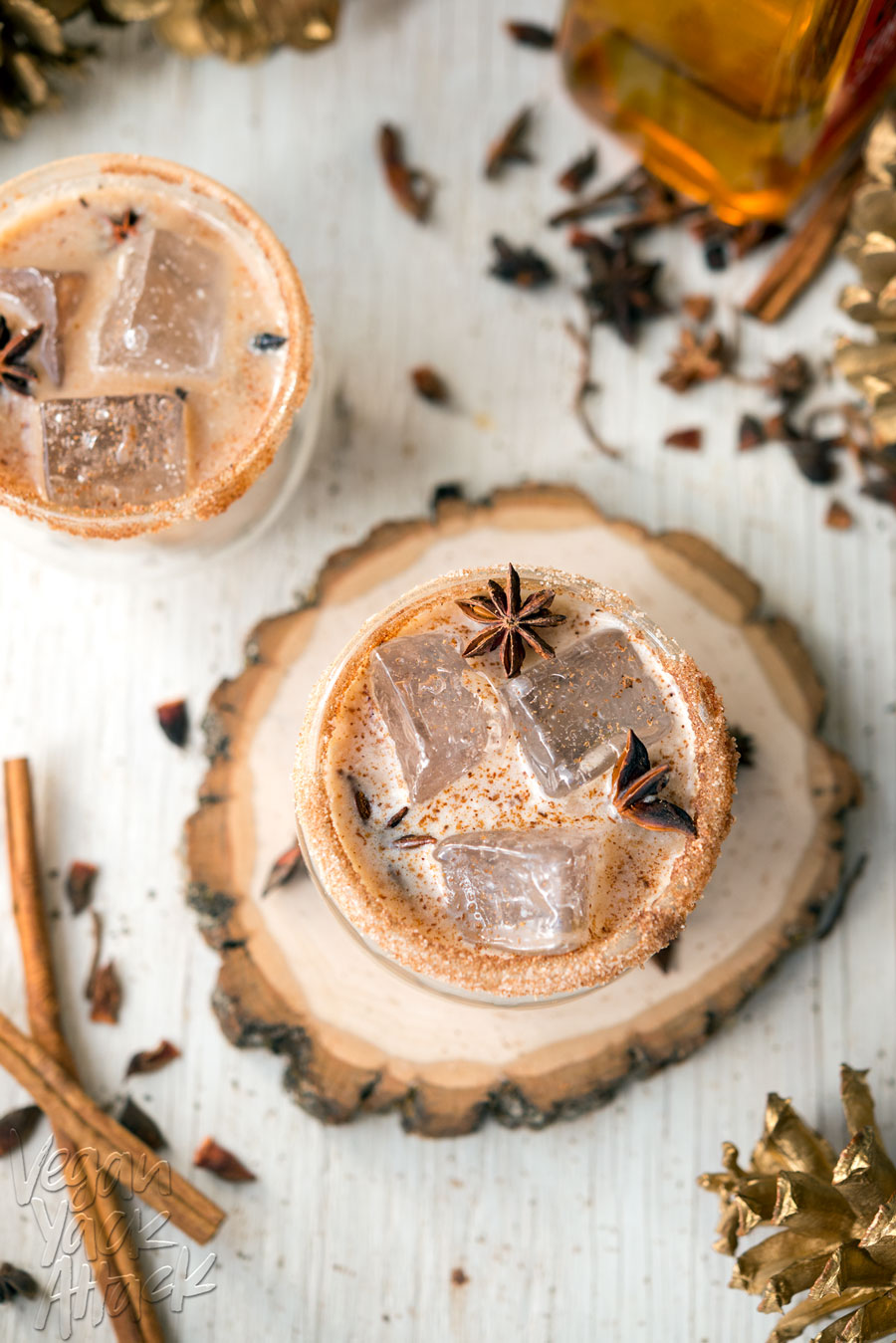 This post is sponsored by Rebbl, all opinions are my own and honest.