Delicious and easy to make, no-bake, Cocoa-nut Quinoa Bites! Make these ahead of a trip, hike, or workouts to have these healthy snacks on hand. 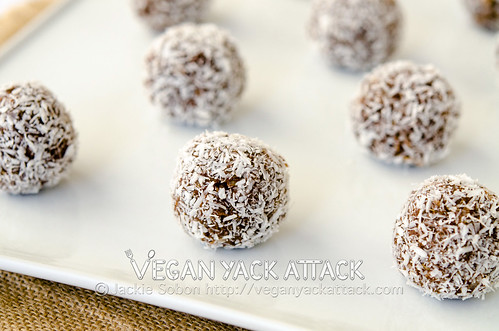 By now, a lot of people know of Quinoa, even if they have no idea how to pronounce it. But, do we all know about the origins and benefits of it? The plant is grown for its grain-like seeds and it is actually a relative of beets, spinach and tumbleweeds. It is from the Andes region of South America and was successfully domesticated 3,000 to 4,000 years ago.

The Incas held quinoa in high regard, even referring to it as the “Mother of all grains”, but when Spanish Conquistadors found the Incas, they dismissed the grain as “food for Indians” and suppressed its cultivation. But, now, quinoa is having its heyday and the UN has even declared 2013 as the year of Quinoa. Clearly, they are a little late to the party. 😉 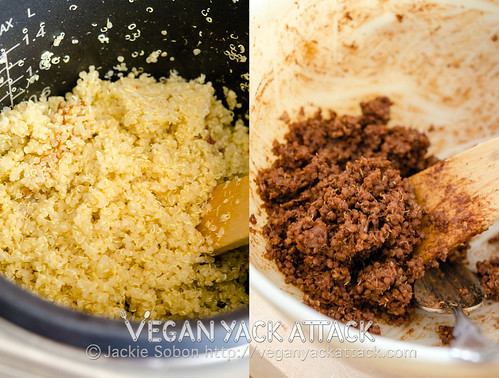 As far as how good it is for you, the facts speak for themselves. Quinoa is a complete protein, containing 9 essential amino acids; the grain is also rich in iron, fiber, magnesium, manganese and Riboflavin (B2). It is really no wonder this “super food” has become immensely popular! Quinoa is also naturally Gluten-free, so it is a great addition to any Celiac’s diet, or anyone else for that matter. 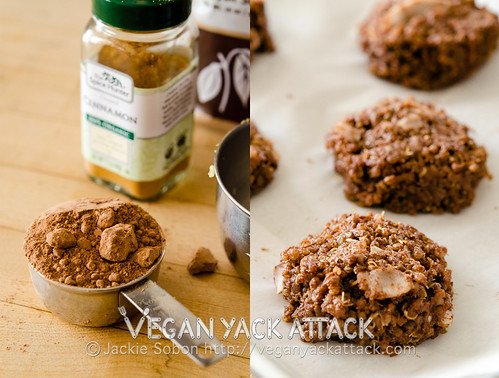 So, now that you know a little more about quinoa, let’s get on to the Cocoa-nut Quinoa Bites recipe! I’ve made plenty of savory recipes with it before, so I figured now would be a great time to try out a sweeter one. Especially after that review on those Keen-Wah Decadence bars, Mmmm.. And the giveaway is still going on! Enter for your chance to win one of three Multi-packs from YogaEarth. 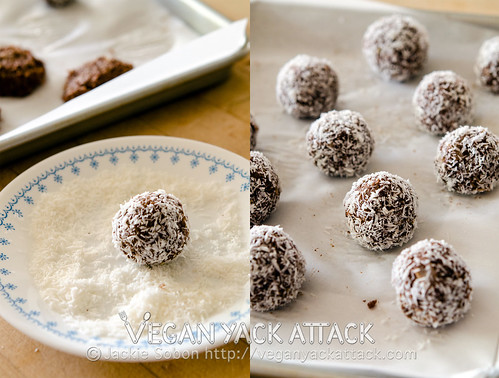 Anyway, these little quinoa bites are filled with deliciousness, it’s a main ingredient. 😛 They are perfect for curbing your sweet tooth cravings! 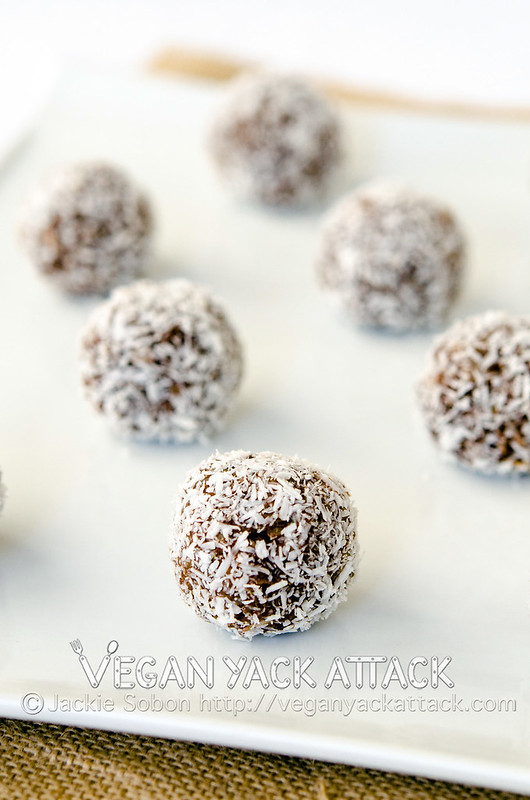 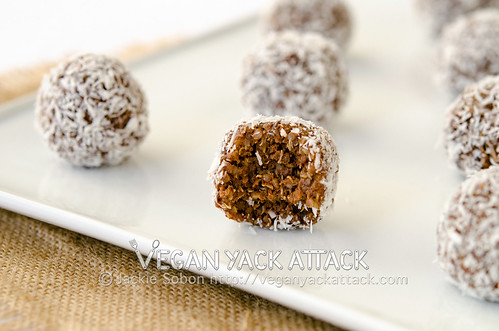 What are some cool ways that you’ve experimented with Quinoa? Did you learn anything new about this “super food”? 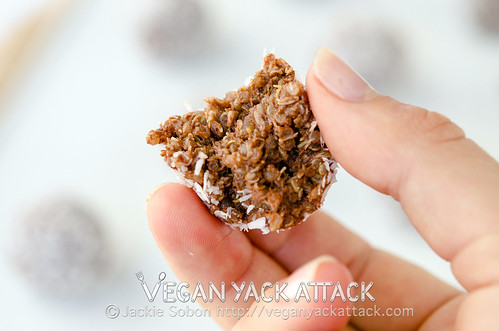