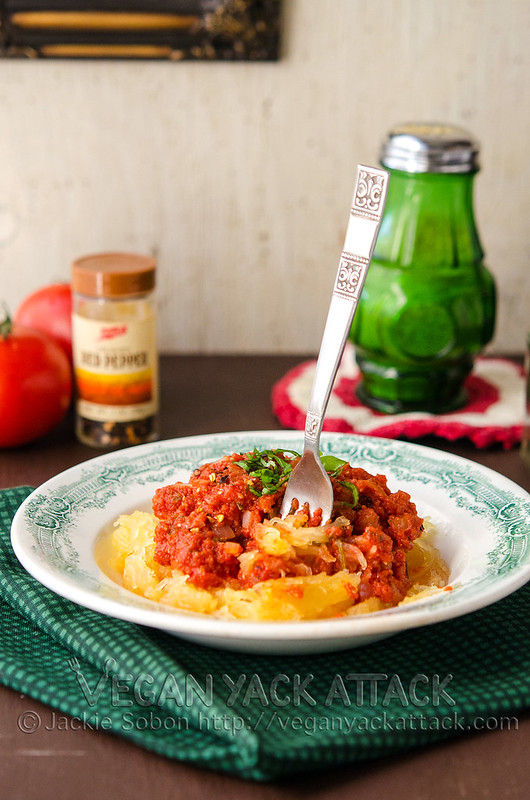 I think this is the longest break that I’ve had from posting since April! This past week has been filled with some crazy hours of work and a little bit of fun mixed in. It all started with working the merch tent at FYF Fest, where it was great seeing my friends and co-workers from my month working Coachella in Indio. The long, hot, dusty days in LA definitely took me back there. 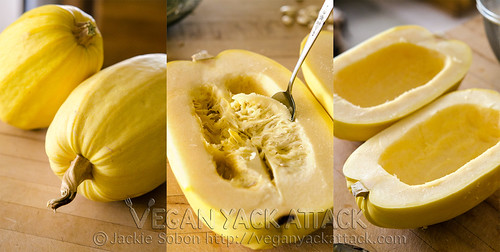 After that, there was some hanging out and a quick stop at the beach with a friend before he returned to Texas. I hadn’t realized it, but before then, it had been over a year since I had been in the ocean. That doesn’t seem too crazy until you think about how I live 5 miles from the beach. O_O I think that I’m going to make it my mission to go to the beach more often and soak up some rays (tough, I know).

For the grand finale of the busy week, I assisted Fran Costigan and Kate Lewis, plus Fran’s amazing film crew, with the filming of the trailer for her newest cookbook, Vegan Chocolate: Unapologetically Luscious and Decadent Dairy-Free Desserts

. It was an awesome experience, in which I learned a lot that I can use in the future, plus Fran’s desserts are phenomenal. But, after two 12-hour days, I was pooped. 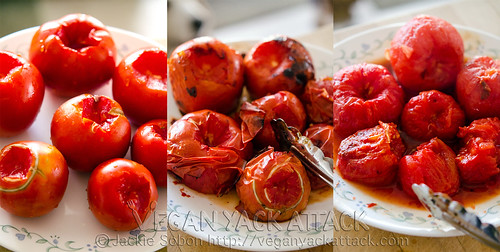 As you can imagine, I was tired today, and needed to make something simple and definitely savory, after all that cake. I had a couple of spaghetti squashes from my Mom’s friend’s garden hanging out and knew that it would be a day for delicious pairing of marinara and squash. 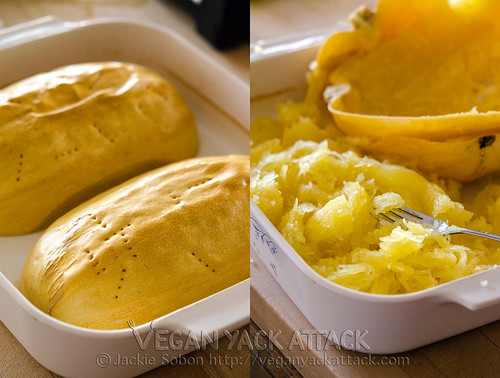 To give it a little Oomph I roasted the tomatoes on my grill, and they smelled absolutely amazing. Because a lot of the ingredients are super fresh, the flavor of the sauce is so good! This dish makes for a great weeknight dinner and is good for using up all of those tomatoes leftover from Summer. 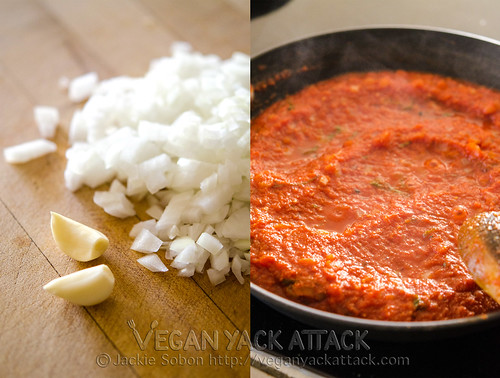 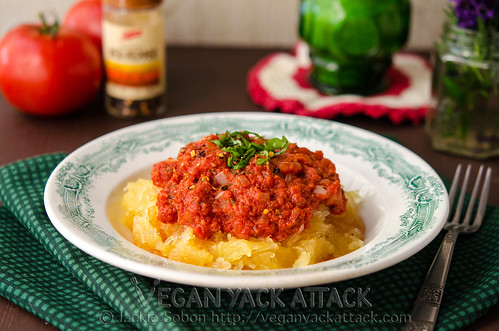 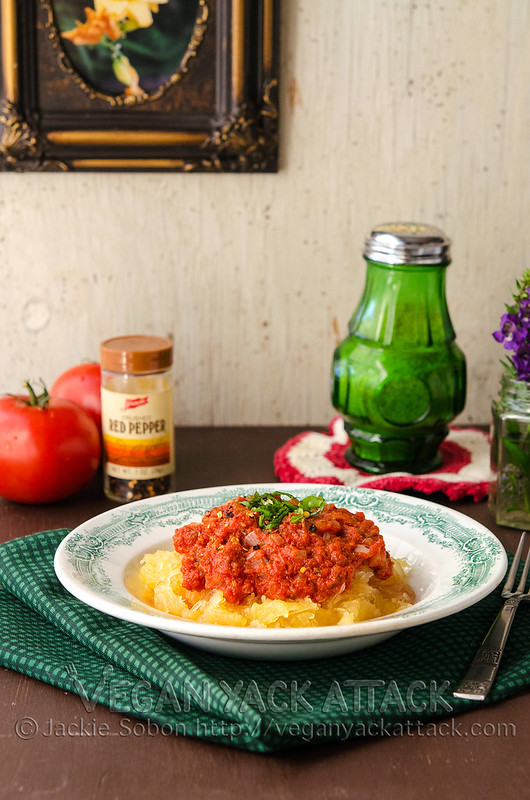 Enjoy your weekend, everyone! 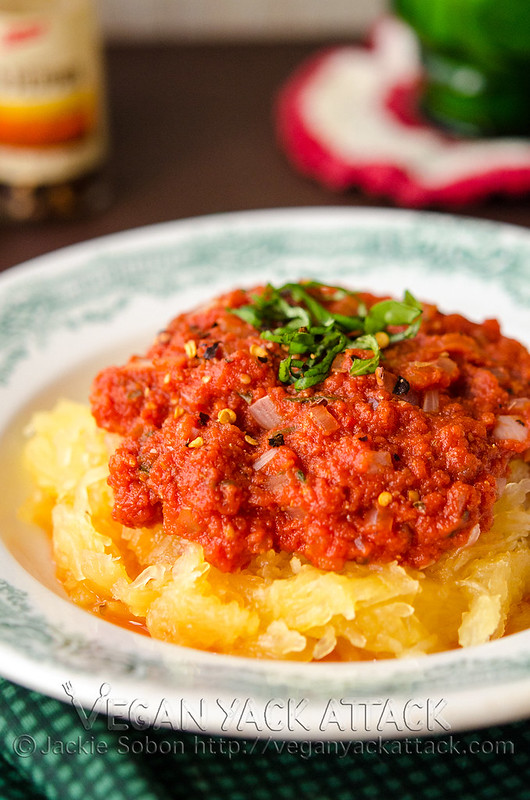